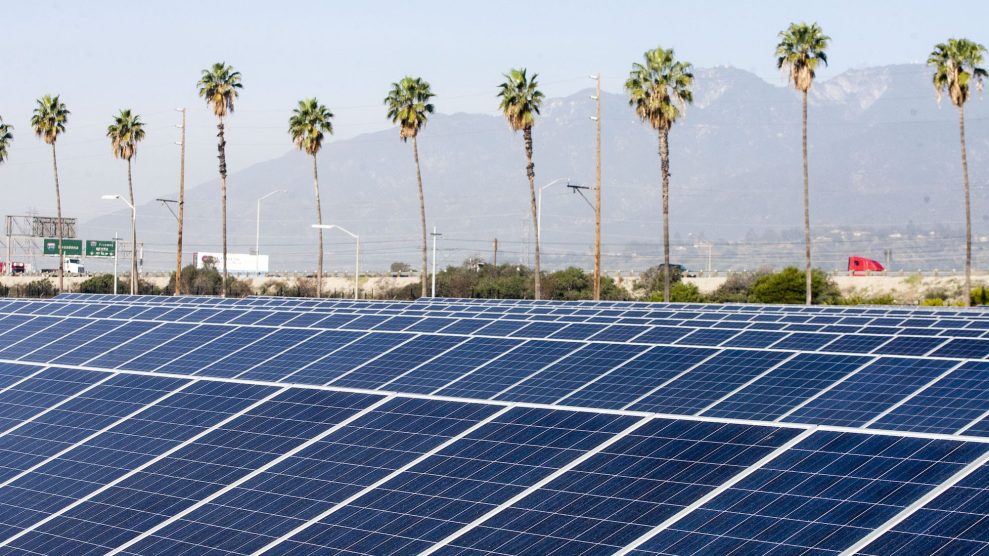 The recent “heat storm” in California has pushed grid operators to impose rolling blackouts for the first time since 2001. A combination of heavy air conditioning usage, the unplanned unavailability of some power plants, limited options for importing power from neighboring states, and insufficient solar and wind generation have led to an imbalance of electricity generation and consumption. As Stephen Berberich, president of the California Independent System Operator, or CAISO, which oversees operation of the state’s electric grid, told Sammy Roth of the Los Angeles Times, “We thought there would be adequate power to supply the demand…We were wrong.”

The blackouts are designed to affect customers for no more than an hour or two. Some may find that little more than mildly inconvenient. Others more prone to heat stress or in possession of medicines that require refrigeration might be more worried, with good reason. The aggregate reaction could prove substantial, especially if we face more rounds of shortages in the coming months and years. The last time this happened to us Californians, we altered long-held plans to partially deregulate electricity systems, recalled Gov. Gray Davis, and pushed Enron, one of the energy services providers found guilty of gaming electricity markets, into bankruptcy.

This time, what we’re seeing should give renewable energy advocates pause.

For years, renewable energy enthusiasts have insisted that most of the problems of the electric grid were caused by outdated and inflexible coal, natural gas, and nuclear energy technologies. A system built on solar panels and wind turbines, smart meters, electricity storage, and payments for flexible demand would lower costs and improve reliability for everyone. Some academic studies showed that renewables could easily supply 80 percent or more of an electric grid’s demands.

But with non-hydroelectric renewable technologies, mostly solar and wind, generating about 30 percent of California’s electricity today, we are witnessing the types of obstacles and problems that these new technologies introduce.

Solar power, of course, is well matched with high demand for air conditioning in the middle of the day. That advantage disappears when the sun goes down but the temperature doesn’t. Distributed and centralized electricity storage technologies can shift some power generation toward later in the day. But lithium-ion battery systems are usually designed for only a few hours of storage—enough to accommodate much of the daily swings in solar generation, but not the type of extreme surges in demand we’ve seen this week. Storage technologies that last a few days would help, but truly high-renewables systems will likely require seasonal storage technologies that can shift consumption from the hot months to the cool months. Beyond geographically constrained, pumped hydroelectric storage systems, those technologies are largely nonexistent.

Advocates emphasize that solar and wind complement each other; the wind usually blows while the sun doesn’t shine, and vice versa. And even if a renewable resource is less available in one part of the country, long-distance power lines can transmit electricity from other regions. These are features of a wind-and-solar-heavy system—until they’re bugs. In California this week, the heat pushed power demand to near record highs, solar generation plummeted in the evening, the winds slowed faster than expected, and the same thing happened in Nevada, Arizona, and other states we usually import electricity from. The result was predictable to anyone who hasn’t been heralding a seamless transition to renewable energy technologies.

Part of the problem here is how much solar generation drops as the sun goes down and how much flexible generation needs to fire up to compensate.

Part of the problem here is how much solar generation drops as the sun goes down and how much flexible generation needs to fire up to compensate. The amount of solar power has increased substantially in California over the last decade. The required summer “ramp-up” of firm generation (generators like natural gas plants that can be turned on and kept on) between the middle of the day and the evening—when the sun sets and many people turn on lights and appliances—has more than doubled. California shifts from using a large amount of solar during the day to a large amount of natural gas and imports during the evening, and the size of this shift is growing. This puts stress on the rest of the electricity grid and increases the risk that disruptions in either in-state power generation or imports could lead to shortfalls. About two-thirds of the generation ramp-up comes from natural gas plants in California, while the remaining third comes from imports from neighboring states.

In this case, blackouts resulted from a combination of less available imports—neighboring states also had extreme demand associated with the heat wave—and a number of natural gas plants unexpectedly going offline. More gas plants or battery storage can be added in the short term to hedge against future energy use spikes, but having resources that sit idle for the vast majority of the time increases the overall cost of generating electricity.

California’s challenges are exacerbated by the declining availability of reliable, always-on nuclear capacity in the state. In 2012, San Diego Gas & Electric closed the San Onofre Nuclear Generating Station, or SONGS, taking 2,200 megawatts off the grid in one fell swoop. The power once generated by SONGS was largely replaced by natural gas, causing a jump in carbon emissions and a squeeze in electric capacity reserve margins. A similar fate now awaits the Diablo Canyon Power Plant, the last nuclear plant in the state. In 2016, Pacific Gas & Electric announced that it would not seek a license extension for Diablo Canyon.

Replacing California’s nuclear power plants reveals the difference between modeling a renewable energy future and building one. The Natural Resources Defense Council, which pushed to close Diablo Canyon, argued at the time that the plant’s electricity would “be replaced with gains in energy efficiency, renewable power, and pollution-free energy technologies.” But an initial California Public Utility Commission replacement plan included substantial natural gas capacity. (The NRDC called the plan “deeply flawed.”) In 2018, the state Legislature passed a law directing the California Public Utilities Commission to ensure that no greenhouse-emissions increase results after Diablo Canyon shuts down in 2025. How this will all unfold in practice remains to be seen.

Solar, wind, and battery storage technologies have gotten significantly cheaper over the last decade. They are modular and have proven much easier to deploy and build than, say, new nuclear power plants, which have become expensive megaprojects (and are actually illegal to build in California until federal lawmakers create a long-term solution for storing nuclear spent fuel). And of course renewables do not emit air pollution or carbon dioxide. The reasons to support the deployment of solar and wind are myriad and valid.

And the challenges we describe above, which states like California and countries like Germany are increasingly grappling with, are at least partially surmountable. Future advances in long-duration electric storage capacity could allow grid operators to shift supply to meet demand. “Demand response” arrangements, or payments to customers who temporarily reduce their consumption, could help smooth imbalances. Continent-spanning transmission would help move electrons from where they’re more reliably generated to where they’re more reliably consumed.

But California’s experience also underscores a growing consensus among energy scholars: that variable renewable energy technologies are unlikely to meet the grid’s power demand by themselves. They will play an important role, but more firm generating sources, like next-generation nuclear reactors, natural gas plants with carbon capture technologies, enhanced geothermal, and others that can balance out variable renewables, will be required.

To be clear: Rising energy costs and the ongoing reliability crisis cannot be blamed entirely on California’s growing solar and wind sectors. But this month’s challenges surface the complexities and difficulties of energy transitions, and the imperative of maintaining a flexible and diverse supply of energy technologies. If this month’s blackouts continue, there is a risk California’s ratepayers will come to associate them with the state’s clean energy transition.