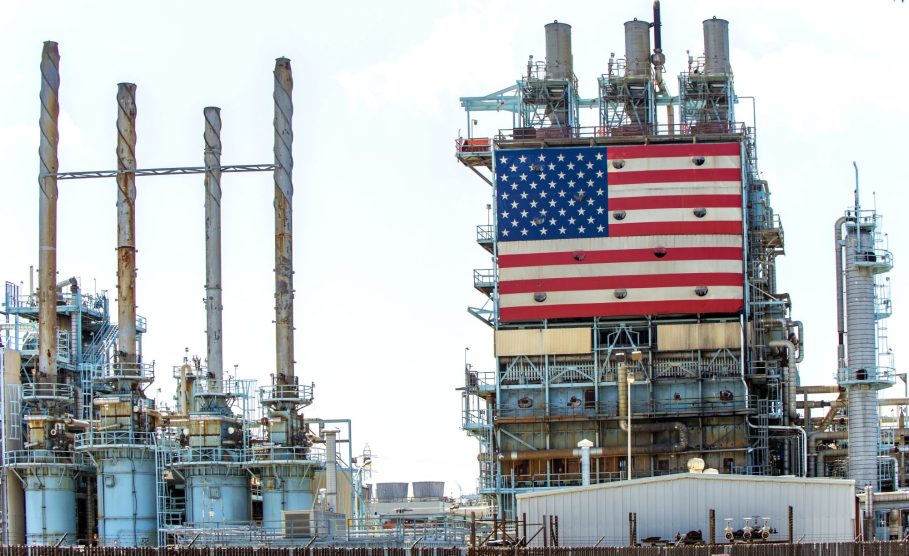 US climate activists had high hopes for the Democratic national convention, following substantial praise for a recently strengthened plan from nominee Joe Biden and his choice of Kamala Harris as a running mate.

But a mysterious decision to dial back the party platform’s language on the climate crisis has deflated morale. A statement opposing the fossil fuel subsidies that are prevalent in US law was removed.

The revision drew criticism from as far away as Sweden—from youth activist Greta Thunberg. It marred the otherwise elevated profile that climate was meant to enjoy during three segments totaling more than 10 minutes of prime time on Wednesday night. It also underscored the obstacles ahead to significant US climate action, as advocates argue the party should explicitly demand the dismantling of the fossil fuel industry and issue a more full-throated endorsement of the Green New Deal.

“After I learned that they removed fossil fuel subsidies from the platform, whatever they said at that point kind of fell on skeptical ears.”

“After I learned that they removed fossil fuel subsidies from the platform, whatever they said at that point kind of fell on skeptical ears,” said the Rev Michael Malcom, the Alabama-based founder and executive of the People’s Justice Council. “The communities that I represent, serve and work with—that is exactly what’s killing us. It’s also contributing heavily to climate change, but it’s the subsidies that really harm Black, brown, indigenous, poor communities.”

“I’m listening to Mr George Floyd, Black Lives Matter, all of these other mantras—or I would even say honest sentiments from people—I really don’t think they’re looking at Black life for real. The whole Black life.”

Biden’s climate plan proposes ending fossil fuel subsidies, although doing so would require legislation from Congress. His campaign on Wednesday reiterated his position.

Allies of Biden insist the former vice-president is fully committed to action on the climate crisis and see his $2 trillion plan to shift to cleaner sources of energy as a critical plank of any post-Covid economic recovery effort.

In video montages during the convention, promises of millions of good-paying jobs were voiced over images of public lands, sustainable farms and alternative transportation like electric scooters. The New Mexico governor, Michelle Lujan Grisham, spoke about the need to expand clean energy in front of a field of solar panels.

The controversy over fossil fuel subsidies was “basically a screw-up” that Biden had in effect resolved, according to John Podesta, who was an adviser to Barack Obama on climate change.

“There is no ambiguity there from the campaign, which should give activists heart that Biden is all in,” Podesta said. “There will be issues for sure around the pacing of all this but Biden has leaned into the issue and said, ‘We will get it done’.”

Polling suggests that messages around clean energy and curbing dangerous climate change now resonate beyond the left flank of the Democratic party. “The political reality has changed, it’s a much more powerful issue,” said Podesta. “It now moves the smallish group of swing voters, most of them women, as well as amps up the motivation of younger voters.”

Democrats hope these voters have been energized by the actions of Donald Trump, who has consistently dismissed the science of climate change and scrapped dozens of environmental regulations.

Despite its dire ramifications, the climate crisis has been, at most, a side issue in previous presidential elections, but Democrats see the political terrain as more favorable in 2020. Stark scientific warnings, such as the UN report from 2018 that outlined the grave consequences of unchecked global heating, have added new urgency that has been further fueled by a mass youth climate movement.

“The Democrats have an opportunity to galvanize millions of young voters with an ambitious, visionary climate platform, but they’re making a mess of it,” said Charlie Jiang, climate campaigner at Greenpeace. “This platform is a step backwards, and we deserve better.”

Leopoldo Martinez, a DNC member and co-chair of the Hispanic Caucus, said almost 44 percent of Latino voters are millennials, which “pushes climate change to a high level of priority on the Latino agenda.”

But at the same time, the overarching concern right now is the pandemic, he said.

Despite Democrats’ record-high attention to climate change, the crisis is being overshadowed by the death toll and economic battering from the pandemic and the party’s all-out push to mobilize voters against Donald Trump, who they say threatens the institution of democracy.

The climate is falling to the background even as nearly two dozen wildfires blaze across California after a heatwave and power outages there.

Collin Rees, a senior campaigner at Oil Change International, said the platform change might have had moderate Democrats and energy labor unions in mind. Some support subsidies for technologies like carbon capture and storage, to collect greenhouse gases before they are released into the atmosphere from the burning of fossil fuels. The technologies are not proven at scale, and Rees argued that investing in them would be a waste of money that would prolong the life of the fossil fuel industry.

“These are the things that the fossil fuel industry is really fighting for and why they’re the last footholds in the Democratic party,” he said.

Some advocates said the platform itself matters little to US policy, but others argued the party’s official stance is key to down-ballot politics, where activists must hold moderate Democrats accountable in their climate positions.

“It is something we should care about because the [Democratic National Committee] has shown a pattern of not caring about climate, from ignoring the calls for a climate debate to at the last minute striking a key part of the Biden-Harris climate policy,” said Jamal Raad, co-founder of Evergreen Action.

Anthony Rogers-Wright, policy coordinator for the Climate Justice Alliance, said the incident has sparked “what’s going to be a very long discussion from now until this election is settled in November and long after that, frankly.”

“The way to avert climate catastrophe is to cease and desist paying the very people who are destroying the planet with the people’s money, and especially when you consider the fact that the people who are getting poisoned and extracted from the most are the people the Democrats need to vote for them to have electoral success,” he said.