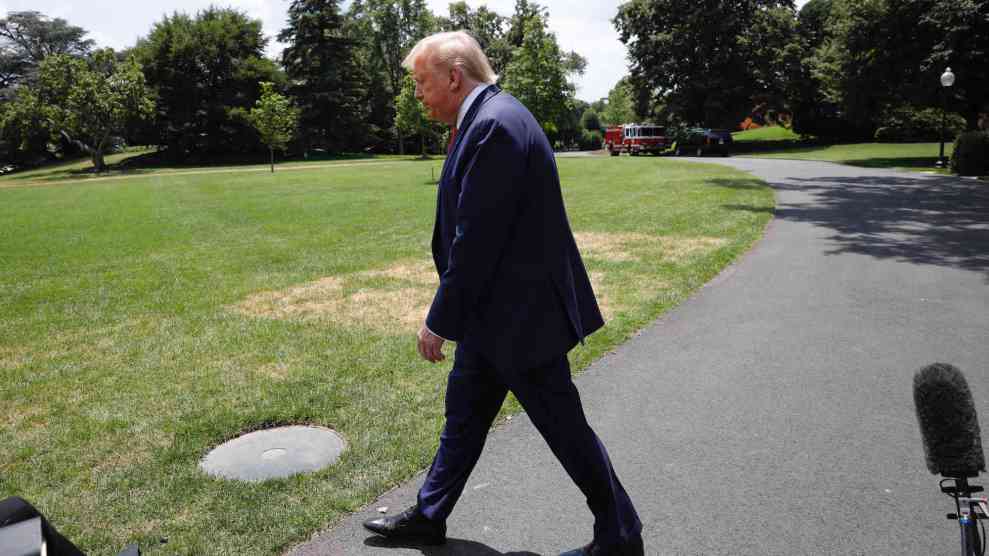 On Wednesday, President Trump achieved a longstanding goal in weakening environmental protection: The administration significantly narrowed the 50-year-old National Environmental Policy Act (NEPA), a law that requires the government to study the impact of federal projects on the communities and wild areas around them. By skipping steps and shortening deadlines, these changes help to fast-track fossil fuel infrastructure like pipelines and highways, a move that leaves out the voices of poor neighborhoods and people of color on the pollution in their communities.

This move is the latest in a litany of rollbacks: The president’s agencies have already weakened more than 100 regulations for power plants, cars, and oil and gas operations—this spring, according to federal records, the EPA has completed 80 environmental regulations and rollbacks, many of them cutting climate pollution from cars, allowing more mercury and arsenic from coal-fired power plants, and limiting what waterways the federal government will regulate.

But the rest of this year will be unlike anything we’ve seen yet as the president pushes to deliver on his 2016 campaign pledge to essentially “get rid of” the Environmental Protection Agency.

Twice a year, the administration publishes a Unified Regulatory Agenda that details its plans for new regulations and rollbacks. The experts who keep track of environmental rollbacks for Harvard’s Regulatory Tracker noticed an exceptionally long list in the recently updated agenda from early July. It shows 317 items  in proposed or final stages lined up for both the Department of Interior and Environmental Protection Agency. Of those 317, the rules in final stages are most important to watch, because they close enough to the finish line that Trump could conceivably rush them out the door before January if he loses the election. There are 64 EPA rules and 74 Interior rules in the final stage, according to the same list, slightly higher than the EPA and Interior had planned for the fall.

“If they meet their schedule, virtually every big ticket item will be across the finish line,” says Harvard University’s Joseph Goffman, who was a senior clean air attorney under the Obama EPA.

Here are some of the big-ticket items that are left:

Democratic nominee Joe Biden has already pledged to reverse Trump’s environmental policy. But that will take time, just as Trump’s reversals of Obama policy have taken years, and the task becomes even harder once regulations are completely finalized: At that point, the agency has to justify reversing the policy, another step that could trigger lawsuits.

Trump also has a reason to finish as much of this as possible before the end of the year, even if he beats the abysmal polling and is elected for a second term: The environmental battleground of his second term would largely play out in the courtroom. Hundreds of lawsuits against the Trump administration’s environmental rollbacks are still pending, and the bulk of these cases will still be in play in the D.C. Circuit and federal courts in 2021. As long as Trump is in power, his Department of Justice will defend these rules—it is intent on winning a few key battles in front of judges he appointed. Once a regulation has been through the courts, it becomes even harder for a Democratic administration to revisit the issue.

“If that happens, if there ever is a Democratic administration coming in that has any kind of ambitious regulatory agenda,” Goffman says, “they’re going to have to overcome whatever of those restrictive legal interpretations that were upheld by the courts.”