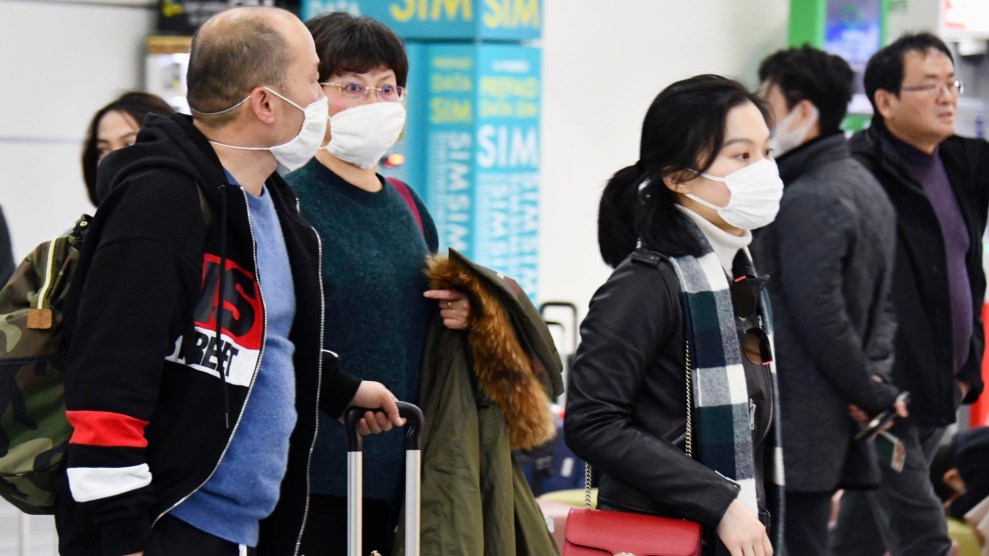 American diplomats and their families are getting evacuated from Wuhan, China, which has become the epicenter of an outbreak of the deadly coronavirus. In an effort to contain the epidemic, Chinese authorities have nearly completely cut off this city of 11 million from the rest of China, with all transportation and other points of access shut down. But American authorities have told The Wall Street Journal and CNN, that a chartered flight is being arranged to transport approximately 36 diplomats and their families. All other Americans in Wuhan are being encouraged to apply for one of the seats on the flight and pay for the cost of the transport.

One reason U.S. diplomats were keen to organize such an operation was a concern that anyone suspected of coming down with the illness could find themselves in a quarantine of indefinite length, likely with no access to consular assistance, one of the people familiar with the matter said. Many foreigners who live in China use Western doctors at private clinics instead of the country’s government-run hospitals, but their services may not be available during the outbreak.

The virus has already killed 41 people, and China estimates that there are now more than 1,300 cases on the mainland. New cases have already appeared throughout the world, including two in the US, leading to concern among infectious disease specialists the epidemic should be contained as much as possible, with screening at airports of certain incoming flights.

Shutting down outbound transportation of a provincial capital city is unprecedented in China since 1949. Didn't do so even during SARS in 2003. This is a forced step since virus is expanding fiercely. It will greatly increase the chance of epidemic being contained. https://t.co/mzVVX3OTr7

Those who are elderly or with preexisting conditions are most vulnerable to the virus, becoming ill with pneumonia-like symptoms that can lead to more serious outcomes. And because this is a virus, no antibiotics can be used to treat it. On Saturday, the New York Times reported that 15 more people have died in the province, and China has suspended all tours and flights beginning on Monday. With the Chinese New Year beginning Saturday, January 25, the contagion is taking place during what has traditionally been a period of enormous travel in the country—but this year will be different.

Nonetheless, the World Health Organization has not declared a public health emergency, and officials from the Centers for Disease Control have assured lawmakers that they have all the resources they need to cope with a potential outbreak in the United States.