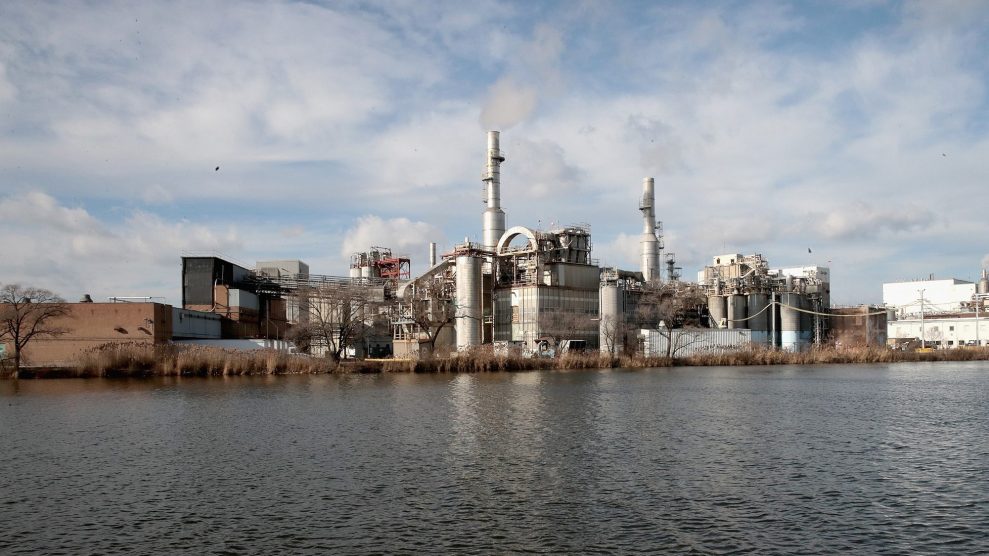 Carbon dioxide emissions in the United States rose 3.4 percent in 2018, the largest increase in eight years. A rise in emissions from factories, trucks and planes contributed heavily to this increase.Scott Olson/Getty

Global carbon emissions will hit a record high once again in 2019, despite climate scientists warning louder than ever of impending environmental disaster, according to a study published Wednesday.

The report, from a consortium of researchers as part of the annual Global Carbon Budget, found countries around the world will spew more than 40.5 billion tons of carbon dioxide into the air by the end of 2019, up about 0.6 percent from last year. The rise was spurred in part by increased output in China and India (though emissions in those countries were lower than expected) and comes despite a series of bleak reports released in recent months urging a dramatic cutback of carbon emissions to avoid the worst effects of climate change.

But the research also included a few silver linings. The year-over-year increase in 2019 will be much slower than past changes; in 2017, there was a 1.5 percent rise in emissions from the previous year, and in 2018 the number was 2.1 percent. Researchers also found a surprising decline in the use of coal around the world—by far the greatest emitter of carbon—due to a rise in the use of natural gas and a smaller uptick in renewable energy.

“The science is clear, CO₂ emissions need to decrease to net zero globally to stop further significant warming of the planet.”

“The science is clear, CO₂ emissions need to decrease to net zero globally to stop further significant warming of the planet,” Pierre Friedlingstein, a professor at the University of Exeter and the report’s lead researcher, said in a statement. The research was published simultaneously in three leading academic journals.

The stark figures come at a time when scientists and world leaders have increasingly warned about the dire state of the planet’s reliance on fossil fuels. Diplomats from more than 190 nations are gathering in Madrid this week to hammer out the final details of the landmark Paris climate agreement.

“Countries collectively failed to stop the growth in global emissions,” the report found, noting that in order to keep the planet from warming dramatically—and setting off the worst effects of climate change—emissions would need to decline by an average of 7.6 percent annually until 2030.

“The point of no return is no longer over the horizon,” UN Secretary-General Antonio Guterres said at a news conference Sunday in Madrid. “It is in sight and hurtling toward us.”

But researchers have warned that the Paris accord won’t go nearly far enough to keep the planet from warming more than 2 degrees Celsius over pre-industrial levels (although the ideal target is less than 1.5 degrees). The World Meteorological Organization published its own findings on Tuesday, stating temperatures had already risen about 1.1. degrees Celsius since the late 19th century.

Coal is still the biggest source of carbon emissions around the globe, accounting for about 40 percent, followed by oil and natural gas. But researchers said Wednesday that the planet would need to transition away from fossil fuel sources completely by the end of the century to avoid climate catastrophe.

“Current climate and energy policies are too weak to reverse trends in global emissions,” Corinne Le Quéré, a professor at the University of East Anglia and an author of the report, said in a statement. “We need stronger policies that are targeted at phasing out the use of fossil fuels.”

The United States, one of the planet’s biggest carbon emitters, formally began to withdraw from the Paris Agreement last month after President Donald Trump had repeatedly lambasted the pact as an expensive “disaster.” Trump has regularly cast doubt on the cause of climate change, and his administration has been vehemently anti-environment, rolling back a slew of the nation’s landmark laws.

The Global Carbon Budget did find that US emissions are predicted to fall by 1.7 percent over 2018 levels and coal production will likely decline by about 10 percent. The changes in the fossil fuel industry have come about despite Trump’s efforts to prop up the coal industry, and many left-leaning states have adopted their own pro-environment policies in defiance of the decisions coming from the White House.