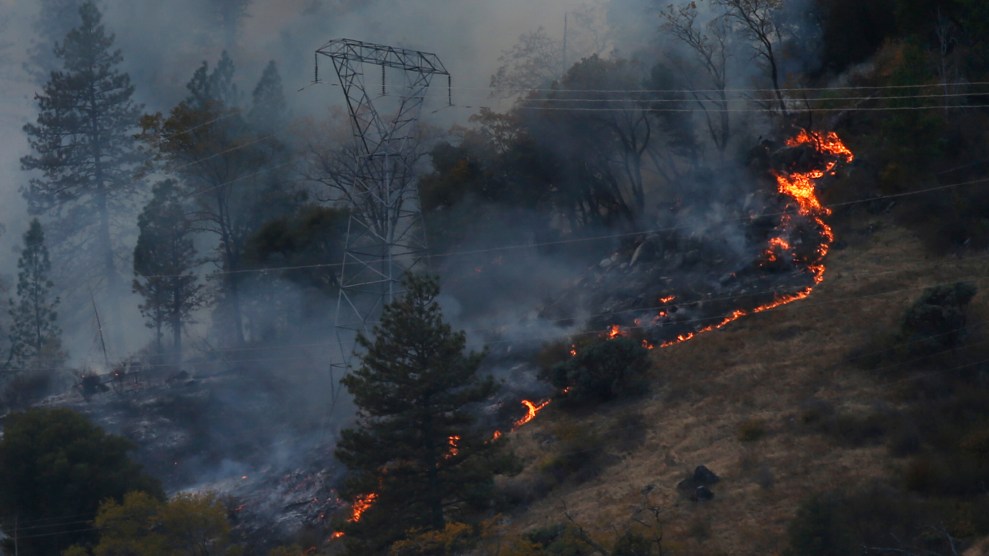 Update, Wednesday Oct. 9, 2019, 5:15pm: The second phase of outages scheduled to start at noon and affecting over 200,000 customers was delayed. PG&E said they would begin the proactive shutoffs this evening. These will affect much of the Bay Area surrounding San Francisco County including Oakland and San Jose as well as parts of Central California like Santa Cruz County. Over 100,000 students had classes cancelled Wednesday.

Update, Wednesday Oct. 9, 2019, 3:00 pm: Power has been cut for over 500,000 PG&E customers, primarily in the North Bay, with Solano, Sonoma, and Napa Counties hit the hardest. So far, more than 1 million people have been affected, and that number could double.

At noon, the second phase of outages started to hit other parts of Bay Area immediately surrounding San Francisco, affecting more than 200,000 customers. Alameda County expects over 32,000 will lose power starting between noon and 5 pm Pacific Time. PG&E reports show that almost 8,500 customer with special energy needs due to medical conditions will be affected by the outages. While mass transit systems like BART and Caltrain are still running, officials warned traffic lights in San Jose may not function. Many schools throughout the region closed.

Peak high winds are forecast to remain through Thursday at least, and are expected to be the strongest since the North Bay fires in 2017. The company’s website including the outage map has been intermittently inaccessible due to web traffic. The San Francisco Chronicle created an interactive power shut-down map in the meantime. There is still no word as to when power will be restored.

On midnight Wednesday morning, the Pacific Gas and Electric company will shut off power for roughly 800,000 customers in parts of 34 counties throughout California as a preventative strategy in the face of escalating wildfire threats in the state. Less than a month ago, the California energy company agreed to an $11 billion settlement in its most recent case litigating its role in recent wildfires.

Dry, windy weather expected throughout Northern California prompted the outages, which could last up to five days in some places and affect up to 1.8 million people. Extended periods of time without electricity pose a particular danger to vulnerable populations like children, seniors, low-income people, and those with health issues. To mitigate the negative impacts, PG&E announced it will open community resource centers in 26 counties Wednesday morning with bathrooms, water, air conditioning, and charging stations. But concerned customers struggled to access PG&E’s updates because of a flood of traffic to their website.

We are currently experiencing high volume of traffic to our website & understand your frustration w/ the delay of accessing #PSPS related web pages. We apologize for the inconvenience and thank you for your patience as our team is working as quickly as possible to restore access. pic.twitter.com/9qTsDxbiNE

Forecasts predict winds up to 70 miles per hour this week, in addition to warm temperatures and low humidity, which creates ideal conditions for wildfires. Last year, the Camp Fire devastated Paradise, a rural community north of Sacramento, killing 86 people, destroying 14,000 homes and causing $16.5 billion in losses. Victims and insurance companies sued PG&E for damages and wrongful death after its power lines allegedly sparked fires in 2017 and 2018. In January, the company filed for bankruptcy.

Climate change is a major contributing factor to the larger, longer-lasting fires. California had more fire damage last year than any other state. A recent study found the area burned annually by forest fires between 1972 and 2018 has increased by five-fold in California, much of which can be attributed to global warming.