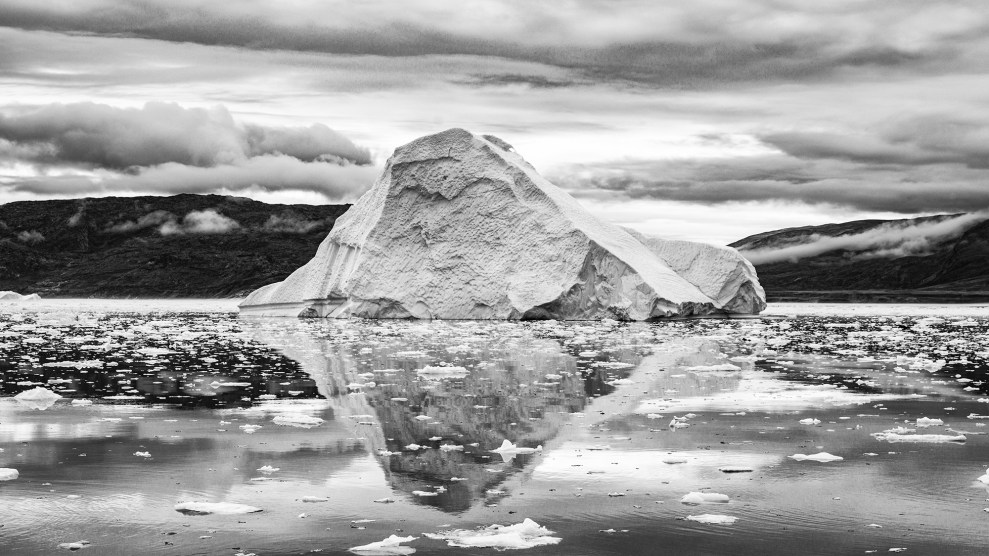 Climate change has already taken an irreversible toll on our oceans and frozen places, warns a major new report from the United Nations’ Intergovernmental Panel on Climate Change.

Much of the carbon pollution we’ve pumped into the air has gone directly into the world’s seas: They have absorbed 90 percent of the excess heat from the atmosphere, warming without pause for the past 50 years. Because oceans are so unfathomably big and complex—covering two-thirds of Earth’s surface—that warming has consequences for the entire planet.

Scientists have recently learned that an ice sheet in West Antarctica—one of the world’s biggest—is teetering on the edge of collapse.

The IPCC Special Report on Ocean and Cryosphere In A Changing Climate is a collaboration among 130 scientists around the world who have assembled data from more than 7,000 papers. Last month, the international scientific body released a related report about the effects of climate change on lands, finding increased risks of drought and wildfires already underway. The new report manages to paint an even bleaker picture, showing that the oceans have been expanding, acidifying, and losing oxygen at an accelerated rate.

The oceans are warming and rising faster than we thought

One major takeaway from the report: The seas are rising twice as fast as twentieth century averages. The ocean is also heating up twice as fast, absorbing more carbon and acidifying. “The rate of climate change has actually gone up,” lead author of the report’s chapter on oceans, Nate Bindoff of the University of Tasmania, said in a call with reporters. This acceleration of warming and acidification means a cascade of impacts on weather and marine life, such as coral reefs, some of which we still don’t fully understand.

Scientists are trying to determine how much and how fast the seas will rise toward the end of the century—and how fast the world’s major ice sheets will melt over hundreds of years, which eventually could raise the ocean’s level dozens of feet. These metrics depend on how quickly the world acts on climate change: If we don’t curb our carbon emissions to basically zero by mid-century, we can expect the seas to rise 24 inches by 2100. This new prediction is more dire than previous versions, because scientists have recently learned that an ice sheet in West Antarctica—one of the world’s biggest—is teetering on the edge of collapse. “These changes may be the onset of an irreversible ice sheet instability,” warns the report.

More than a billion people live in affected areas

The IPCC looks at a range of possible climate-change scenarios, from unabated pollution to dramatic reforms in the next decade. Right now, though, the world is on the most dangerous warming path.

Our climate has already warmed around 1 degree Celsius above preindustrial times, and time is running out until we overshoot global goals to contain warming to below a catastrophic 2 degrees. “Even if we turned off greenhouse gas emissions tomorrow we’d have another 0.3 to 0.4 degrees [Celsius] of additional warming,” added Bindoff. Just that amount of warming will reshape the lives of more than a billion people who rely on ice or fishing for their livelihoods in low-lying coastal regions, high-mountain areas, and the Arctic. If we don’t limit our carbon emissions, those effects will spread far beyond the most vulnerable coastal areas in the latter part of the century.

On our current path, flooding that used to occur about once in a century on the coasts will be an annual event in many parts of the world. These floods are already familiar in the United States—in the last few years, communities from Houston, Texas to South Bend, Indiana have faced repeated, unprecedented storm surges.

We’re closer than we realized to irreversible melting of permafrost

Indigenous communities in the Arctic are already among the people “reaching adaptation limits,” says the report: Their civilizations are threatened by the melting of the Arctic sea ice and permafrost, or frozen soil.

Even in the best case scenario for warming, the world’s permafrost will thaw 25 percent by 2100. Under the more realistic scenarios, it could melt entirely. If that happens, permafrost will release extra methane and carbon that had been frozen for thousands of years—and those gases further intensify climate change—causing more melting.

That vicious circle is just one example of the complex role the oceans play in our climate. The warming of our waters affects us in ways that go far beyond sea level rise, controlling our weather, food, water supply, marine life, wildfires, and the very land civilizations have been built on.

“The open sea, the Arctic, the Antarctic and the high mountains may seem far away to many people,” said IPCC chair Hoesung Lee in a statement. “But we depend on them and are influenced by them directly and indirectly in many ways—for weather and climate, for food and water, for energy, trade, transport, recreation and tourism, for health and wellbeing, for culture and identity.”