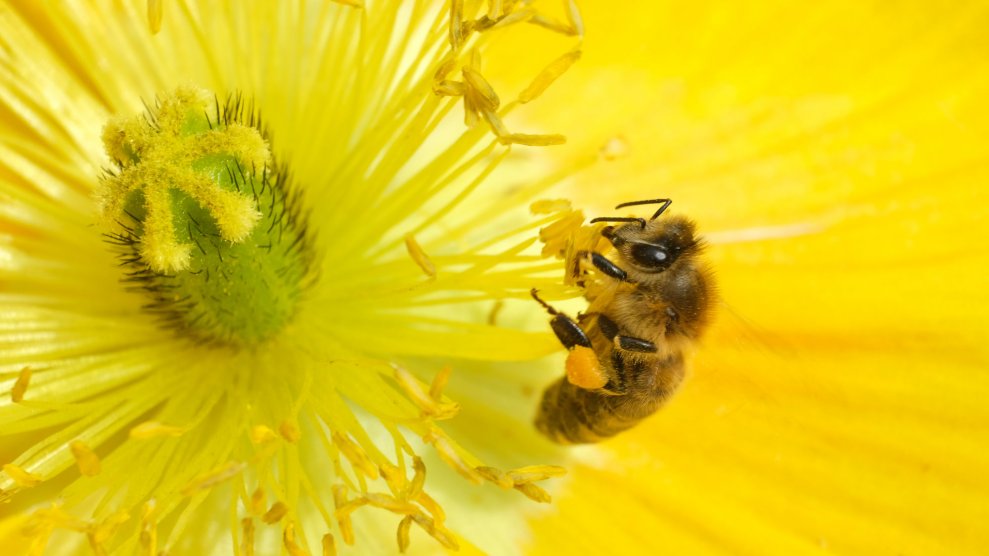 Last summer, scientists in South America were studying the impact agricultural practices have on the surrounding ecosystems, and specifically how natural areas and fields are pollinated as a result of their proximity to one another. In the midst of this analysis in San Juan, Argentina, the team of researchers made a totally unexpected discovery: a bee’s nest made completely from plastic.

San Juan is a region with a desert climate abutting the Andes that is nonetheless known for wine production, among other crops. Most growing operations there are family run, which provides a lot of data for those studying the relationships between human activity and nature. In this case, that means human-made materials finding their way into an unexpected place.

“The nest was found in a chicory field for seed production in San Juan, Argentina,” says Mariana Laura Allasino of the National Agricultural Technology Institute, who coauthored a report on the find in the journal Apidologie. The nest belonged to a bee from the family Megachilidae, which are solitary bees that often build nest cells from material they collect, such as soil, bits of leaves, and even animal fur. In this case, the nest cells were made of “light blue plastic, of shopping bag consistency,” and “white plastic, thicker than the previous one,” Allasino says.

“Due to our activities, human beings are contributing to the ecosystem’s degradation and biodiversity loss,” says Allasino, via email. “The most fascinating thing about this finding is that it suggests the adaptive flexibility that certain bee species would have in the face of changes in environmental conditions.” It’s almost a positive message. While we can’t tell yet if the plastic was harming the bee or its ability to reproduce, she says, it is a demonstration of just how adaptable nature can be.

Birds and other animals have long been known to incorporate pieces of plastic and other artificial materials into their nests, but it is quite rare to see among insects. In fact, the only other recorded case was when Canadian researchers discovered natural bee nests partially constructed with plastic (alongside natural materials) in 2013. The nest found by Allasino and her team is the first ever documented made entirely of plastic. “The replacement of natural materials by plastic could be due to a limitation in the availability of vegetation in the fields or an overabundance of waste, which could be directly related to the management of agricultural activity,” she says. “Plastic waste is something usual we can find in an agricultural field that comes from neighbors who throw waste in the fields or from the inputs of agricultural practices.”

The researchers in Argentina plan to analyze DNA from the dead larvae found in the plastic nest to confirm the exact species. (It’s not known whether the nest material had anything to do with the fate of the larvae.) “We will continue to set trap-nests for solitary bees to know the species that are present in the fields,” Allasino says, “and to increase the probability of finding another nest with the same characteristics as the one we already found.”