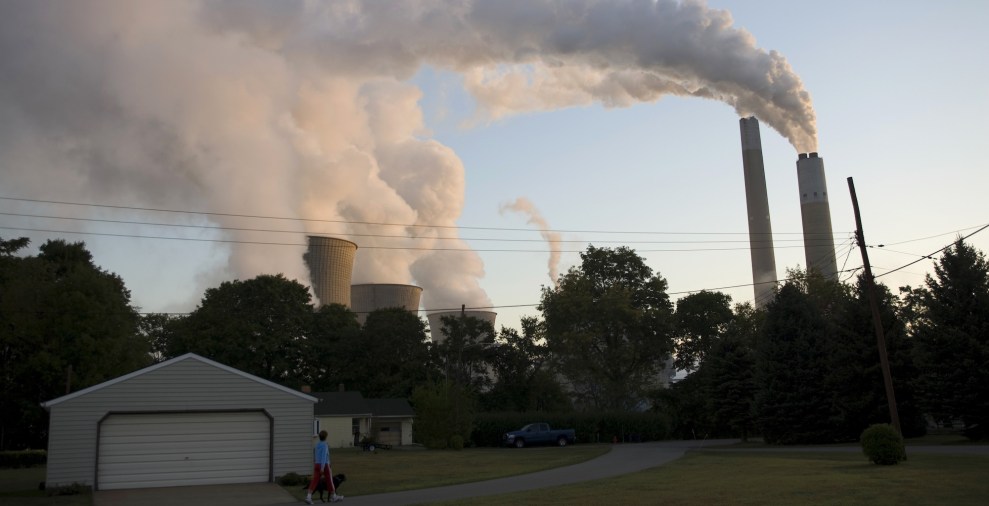 All the candidates seeking the Democrats’ 2020 presidential nomination have offered climate change platforms that share a few basic tenets, yet news outlets seem to ask them the same two questions again and again: Would you rejoin the Paris climate agreement? Would you reinstate Obama-era climate rules, including the Clean Power Plan?

Everyone’s answer to both questions is yes. But both responses are based on misunderstandings. First, the United States hasn’t yet technically left the Paris agreement, and can’t officially until the day after the 2020 election. And second, as even its architects now admit, a future administration wouldn’t even be wise to reinstate the old Clean Power Plan.

The Clean Power Plan was not ambitious enough.

Democrats, Republicans, environmentalists, and the coal industry all thought the rule was a big deal when it was finalized in 2015, directing states to rework their energy markets. The proposal took aim at coal-fired power plants, which just seven years ago produced about 40 percent of the nation’s energy, making them the major domestic source of greenhouse gas emissions. But the regulation quickly became entangled in lawsuits and was never actually implemented.

With hindsight, it’s clear that the Clean Power Plan was not ambitious enough. Even without going into effect, carbon pollution from the power sector has come down down 28 percent from 2005 levels, which isn’t so far off, and is well ahead of schedule, of the plan’s goal of cutting pollution 32 percent by 2030. In the last nine years, 290 coal plants have shuttered or set retirement dates, and about 50 have done so since Trump took office. Coal has simply been unable to compete with cheaper natural gas and renewables. “The power sector has been moving away from coal. There’s huge increase in renewables and a big increase in the deployment of energy efficiency,” says David Doniger, climate and clean energy director at the Natural Resources Defense Council. “All those things have led the carbon-sector power emissions down.”

The NRDC says the pace of progress suggests that any new, updated Clean Power Plan should look past the Obama administration’s vision and set a more ambitious goal of cutting nearly twice as much pollution—60 percent by 2030. The NRDC says such a reduction would, because of advances in technology, cost less than the original rule was estimated to while saving more than 5,000 lives by reducing illness related to burning coal in 2030 alone.

The Clean Power Plan suffered an enduring limbo thanks to the courts. “Everybody on all sides of this likes to point out: The Clean Power Plan didn’t go into effect because of the stay in the Supreme Court,” says Doniger. This week another administrative wrinkle was added when the Trump administration rolled out its finalized replacement for the Clean Power Plan, called the Affordable Clean Energy rule. The new rule takes the narrowest approach possible by forcing minor tweaks to burn coal a bit more efficiently, which are expected to net only paltry reductions in carbon emissions—up to just 1.5 percent.

Until Trump’s rule this week, the Obama plan, even though strung up in court, was officially on the books. If environmentalists’ lawsuits convince the courts to throw out Trump’s new rule, Obama’s could revert to being the law of the land. If Trump’s remains in effect in spite of legal attacks, a future White House would have to go through the normal administrative steps of repealing and replacing it.

A better question for the candidates is whether they will look at a bolder version of the Clean Power Plan.

All that means that, strictly speaking, before this week, Democrats who promised to reinstate the Clean Power Plan were pledging to bring back a policy that, somewhat like the Paris accord, technically had never left, and one that could well return anyhow due to court action. More importantly, they were backing a regulation that experts agree is no longer suited for the age. A better question for the candidates isn’t whether they would reinstate the Clean Power Plan, but whether they will look at a bolder version.

Not everyone, including both candidates and reporters, seems to grapple with such fine points when discussing their 2020 climate platforms. For example, the New York Times surveyed the candidates in April, asking if they planned to “restore'” the rules. Minnesota Sen. Amy Klobuchar’s plan for her first 100 days, posted on Medium this week, also raises a restoration of the rules: “To address the climate crisis, Senator Klobuchar will bring back the goals established by the Clean Power Plan, which set emissions standards for states.”

In fairness, some close observers have decided to interpret calls to reinstate or restore the Clean Power Plan less literally, and instead consider them as rhetorical shorthand used by candidates to demonstrate they have considered what a president can do to address climate change without Congress passing new laws, while assuming any such revival would involve reconfigured targets developed with similar modeling and methods.

Joseph Goffman, the legal architect of Obama’s Clean Power Plan, is now the director of Harvard Law School’s Environmental Law Program. He says he isn’t too bothered by candidates promising to resurrect a dated rule, even though energy markets are now much more favorable to renewables. “If someone says I’m going to reinstate the Clean Power Plan at least you get a sense if the candidate has a clue of using existing statutory authorities,” Goffman said. “I interpret that generously—not that they’re literally going to reinstate a policy that’s eight years old.”