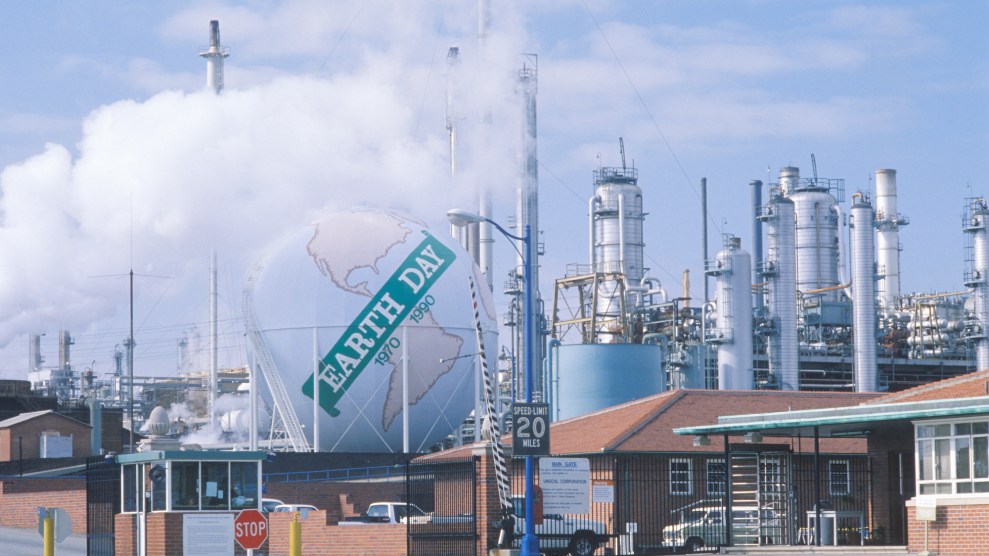 Joe Sohm/Visions of America/UIG via Getty

It’s become fashionable for environmental journalists, myself included, to roll their eyes at the mere mention of Earth Day, the annual public-relations pitch frenzy for products from electric cars to food to clothes that purportedly embody environmental consciousness. A serious environmentalist might add that Earth Day is overrated because every day should be Earth Day. For those who devote much of their waking hours to thinking and working on monumental global challenges such as the looming catastrophe of climate change, Earth Day has the dissonance of a trite, too-little-too-late rite marked more by corporate greenwashing than a recognition of the Earth’s complexity.

Beginning in late March, emails with “Earth Day” as the subject line contain a hellscape of PR pitches (which makes sense given that PR professionals outnumber journalists). Within the generally dwindling profession of reporters and editors, the number of local environmental journalists has become especially problematic. An issue of The New Yorker recently highlighted a story about the difficulties in covering coal country. At Louisville’s Courier-Journal, for instance, readers used to “call with some sort of environmental complaint,” but as the “the staff got smaller and smaller, the bandwidth shrinks, and, eventually, the people stop calling, because you can’t help them.”

Clearly one day of the year will never sufficiently heighten awareness of the world’s problems. But Earth Day is especially cynical in its exploitation by industries like fashion and tech that for the other 364 days of the year contribute to excessive overconsumption and human rights abuses. Earth Day provides a fine opportunity to showcase how their generally negligible corporate gestures demonstrate their commitment to “going green.” This year, Ikea pointed me to its “energy-saving” products like a drying rack; Colgate promoted its Michael Phelps–endorsed initiative that asks Americans to turn off the faucet while they brush; Silicon Valley sneaker darling Allbirds has limited-edition colors with proceeds going toward the National Audubon Society.

Earth Day was created almost 50 years ago by then-Sen. Gaylord Nelson (D-Wis.), who was inspired by the civil rights movement as well as seminal investigations by Rachel Carson that appeared in her 1962 bestseller Silent Spring. The original marches involved 20 million Americans and took place in 1970, a momentous year of Richard Nixon’s presidency, when Congress passed the Clean Air Act that created the Environmental Protection Agency. “Huge, light-hearted throngs ambled down autoless streets here yesterday as the city heeded Earth Day’s call for a regeneration of a polluted environment by celebrating an exuberant rite of spring,” the New York Times wrote in a spread on Earth Day in its next-day edition, on April 23, 1970. “If the environment had any enemies they did not make themselves known.”

As we have seen, the environment in fact has many enemies, and over time Earth Day came to mean a day even Trump’s EPA can celebrate, while attempting to weaken environmental protection to its lowest point since before Nixon.

The time when those “huge, light-hearted throngs ambled down autoless streets” was also a period of a bipartisan environmental movement, when problems were focused more narrowly on air and water pollution. In the mid-to-late 1990s, as Congress began to grow more partisan and Republicans more conservative, environmentalism also grew more politicized. Money from the fossil fuel industry, from Exxon to Koch Industries, has compounded the trend so that while clean air polls well with all Americans, a politician’s stance on climate change is now one of the best tells of party orthodoxy. At the same time, the environmental movement has taken on an ever-broadening agenda that includes climate change and antibacterial resistance, human rights and racism.

Here is a very personal depiction of my response to the fusillade of Earth Day emails this year. I will probably be able to use it next year too.