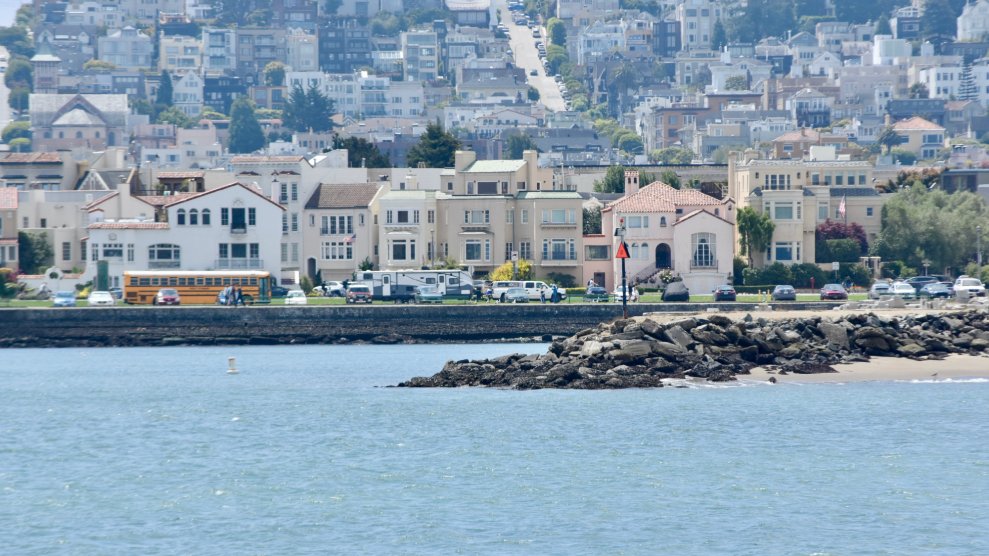 The destructive impacts of climate change have become increasingly apparent in California, with brutal droughts, historic wildfires and extreme precipitation hammering the state. But new research suggests that the worst might be yet to come. By the end of the century, sea-level rise could damage the California coast in ways comparable to some of the worst natural disasters in recent memory—Hurricane Katrina, say, or the 2011 Tōhoku tsunami.

While sea-level rise has long been considered a menace to the state, new research argues that the threat is much greater than previously understood, with even a moderate rise causing severe economic impacts and threats to public safety. The new study considers how rising seas interact with environmental changes like beach erosion and estuary and wetland loss, as well as dynamics such as wave size during storms and tides, something previous research had not fully taken into account.

When these other factors are accounted for, it does not take much sea-level rise to have major impacts, said US Geological Survey research geologist Patrick Barnard, the study’s lead author. Its results give the starkest and most substantial picture to date of the true vulnerability of coastal California, making sea-level rise look like one of the state’s most serious natural disaster risks, up there with wildfire, drought and earthquakes.

The researchers built a model that included changing environmental variables, population and property data. They then used that model to understand how storms of varying strength might impact communities under a range of scenarios. Storms that move in from the Pacific Ocean are important because they can cause water levels to surge several feet, compounding the problem of rising seas and increasing the risk of coastal flooding.

The results are alarming. Previous research had suggested that, globally, a sea-level rise of at least a meter (about 39.5 inches) by 2100 is highly likely, with a half-meter expected by mid-century. But even a quarter-meter would endanger more than $30 billion in property—and more than 150,000 Californians—during a strong storm.

And if we don’t start aggressively reducing carbon emissions, the damage will only worsen. Without significant emissions cuts, coastal California could see two meters of sea-level rise by the end of the century. At this level, extreme flooding will occur during even normal storms, destroying infrastructure, knocking out power and inundating neighborhoods, with the potential to be as bad as anything California has ever experienced. The sort of storms that hit every year could put more than $119 billion in property at risk. That would dwarf the damage wrought by last year’s wildfires and the 1989 Loma Prieta earthquake, which caused $10 billion and $18 billion in damage, respectively, according to the study.

During an extreme storm, the potential damage becomes catastrophic. In that scenario, researchers expect that $150 billion in property and 600,000 residents would be impacted by flooding. And if sea level rise approaches three meters by 2100, an unlikely but possible scenario, more than 3 million people would be exposed to flood risk.

The study injects extra urgency into city planning and infrastructure debates, said Brett Milligan, a professor of landscape architecture at University of California-Davis. At the moment, coastal cities are not even close to prepared for the extreme scenarios the study projects. San Francisco Bay would need to spend up to $450 billion on climate-adaptation projects—including higher seawalls, infrastructure protections, wetland and shoreline restoration, flood control and more—to defend itself against an extreme storm if sea levels rise by two meters.

California’s coast also houses some of the nation’s most vital ports: Exports and imports from Los Angeles and Long Beach account for 3 percent of the nation’s gross domestic product. Cities and officials need to realize that retreat from the coast is inevitable in some areas, and that retaining all low-lying areas and current infrastructure is unlikely, said Milligan.

“There are lots of cities thinking about this study and assessing their vulnerability,” said USGS oceanographer and study co-author Juliette Finzi Hart.

Rich homeowners may be able to rebuild, or move to higher ground, Barnard said. But others might lack the financial capacity to rebuild or relocate. Already, natural disasters have been shown to disproportionately impact economically disenfranchised communities and people of color. Milligan called it the hardest question: “How are we going to provide equitable solutions?”