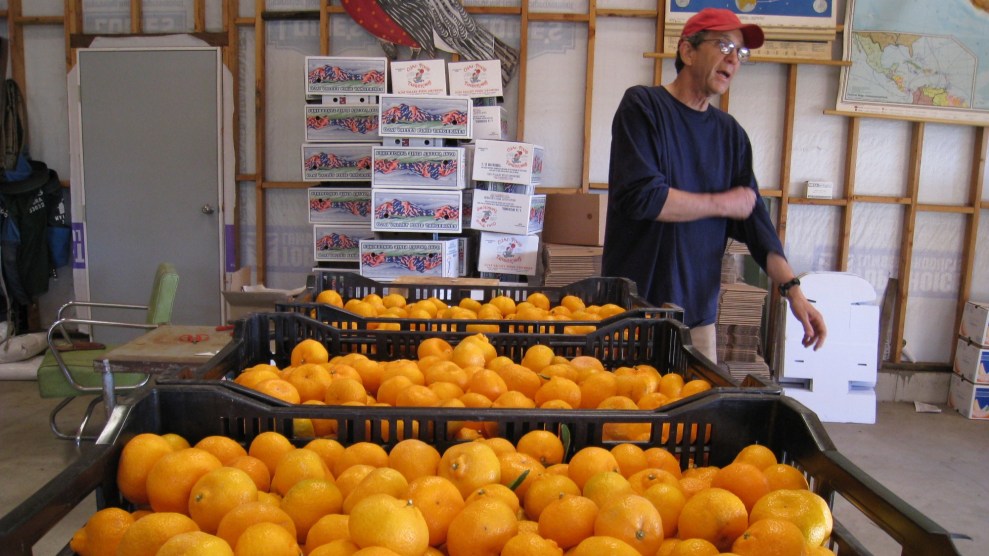 The West’s farmers had plenty to worry about before the government shutdown.

“There are so many uncertainties already,” explained Dena Hoff, who raises sheep and grows beans, corn, and tomatoes outside Glendive, Montana. Farmers, she said, already contend with unknowns like “weather craziness,” climate change, and poor markets. Now, as the partial shutdown plods into its fourth week, farmers and ranchers across the West find themselves facing one more uncertainty: whether they can keep relying on key US Department of Agriculture services.

For example, nearly 35,000 farms received loans last year from the USDA’s Farm Service Agency to buy land, seed, livestock and other vital supplies. The FSA provided nearly $2.2 billion in direct and guaranteed loans for farm operations in the 2018 fiscal year, according to department data. But with thousands of local offices shuttered across the country, FSA money is currently unavailable. The USDA has also halted rural development loans, and grants for everything from affordable housing to rural broadband internet infrastructure.

There is never a good time for an extended government shutdown, but the beginning of the year is especially poor for farmers, Hoff said. USDA provides up-to-date global commodity reports on agriculture and livestock prices that farmers use to time spring planting and make production decisions for the year to come. But with the USDA shut down, that information is unavailable.

“By not having those reports, it’s really hard to make decisions,” said Hoff, a member of the Northern Plains Resource Council, an agriculture non-profit advocacy group.

Even before the shutdown, Western farmers were feeling the squeeze from tariffs levied on US commodities—including soy, corn, and pork—spurred by the Trump administration’s tariff fights with Canada, China, and Mexico. The administration pledged $12 billion to compensate farmers and ranchers hurt by the trade wars, but the shutdown has delayed those payments, and the deadline to apply for aid lapsed on Jan. 15. USDA Secretary Sonny Purdue tweeted that the agency would extend the application deadline for as long as the Farm Service Agency offices have been closed—once the government re-opens.

Making matters worse is the stalled rollout of the 2018 Farm Bill, wide-ranging legislation that includes funding for farmland conservation, drinking water protections, crop insurance and forest management, along with dozens of other programs, such as subsidy programs for struggling farms.

If the stalemate continues, the lack of USDA services will be felt across the country, far beyond Western farming communities: According to Politico, the agency is paying out February’s food stamp benefits on Jan. 20, and the nearly 40 million Americans who rely on the Supplemental Nutrition Assistance Program will need to make them last for six weeks. It is unclear if March benefits would be distributed is the shutdown drags on.

Last week, the Democratic majority in the House passed a measure that would fund the USDA, as well as several separate spending bills to reopen other government agencies. But President Donald Trump has refused to consider any move to end the partial shutdown unless the federal budget includes $5.7 billion for his long-desired border wall, a non-starter for Democratic leadership.

Stalled USDA rural loans have become a bipartisan concern. Sen. John Hoeven (R-N.D.) said he has urged Purdue to continue issuing loans while the government is shut down, while Democratic New Mexico Sens. Tom Udall and Martin Heinrich stressed the USDA’s importance to farmers and ranchers in an op-ed urging an end to the shutdown.

But in a speech to the American Farm Bureau Federation, Trump claimed a mandate from farmers to continue the shutdown until he receives congressional funding for the wall. Farmers, he declared, consider the shutdown “of paramount importance,” for national security.

As politicians argue, the West’s farmers suffer real damages. People have already been hurt—and that will continue until the shutdown ends, Hoff said.

“I think it’s just another example of capricious decisions made by people who didn’t give a thought to impacts of this shutdown would have on rural America,” she said.