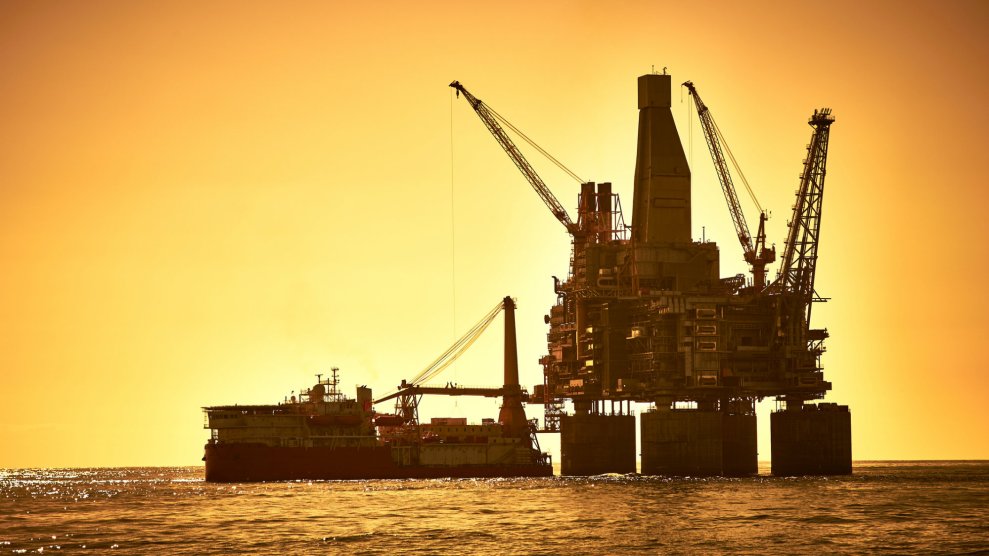 Lapses in government appropriations have a way of exposing administrative priorities. And while the Trump administration’s energy creed is no secret, the ongoing partial government shutdown—the longest in the history of the United States—is proof that for President Donald Trump and his team, few things take precedence over fossil fuels.

As an estimated 800,000 federal workers went without paychecks, leaving many financially insecure as national parks around the country fell into disarray. Despite this, the Trump administration has still found a way to plow ahead with its “energy dominance” agenda.

With a skeleton staff, the Interior Department continues working to expand oil and gas development in the Alaskan Arctic. The agency’s Bureau of Land Management is processing fossil fuel drilling applications and permits. And last week, the Bureau of Ocean Energy Management amended its shutdown contingency plan to bring back dozens of furloughed employees, some on an on-call basis, to continue work on offshore drilling activities. Those efforts, backed by carryover funds from 2018, included preparing for an upcoming lease sale in the Gulf of Mexico, processing Atlantic seismic exploration permits and developing a new five-year offshore oil and gas leasing program.

The failure to hold upcoming Gulf lease sales would “have a negative impact to the Treasury and negatively impact investment in the U.S. Offshore Gulf of Mexico,” BOEM wrote in its updated plan. And the agency must press ahead with its revised offshore leasing plan “to comply with the Administration’s America First energy strategy,” it said.

“We have not seen any major effects of the shutdown on our industry,” Mike Sommers, president of oil and gas trade group American Petroleum Institute, told reporters last week, according to Natural Gas Intelligence.

Democrats in Congress and advocacy groups are aghast at the administration’s priorities, especially while federal workers go without pay.

In a joint statement Thursday, environmental groups Earthjustice, League of Conservation Voters and the Natural Resources Defense Council accused the administration of stooping to a “new level of ‘dirty.’”

“Instead of working with Congress to end the longest government furlough in American history, the Trump Administration is prioritizing a radical, unpopular plan to subject America’s coasts to more offshore drilling,” they said.

In a Wednesday letter to David Bernhardt, the acting secretary of the Interior Department and a former fossil fuel lobbyist, House Natural Resources Chairman Rep. Raul Grijalva (Ariz.) and other Democrats accused the administration of caring “only about the [shutdown’s] impacts on its favorite industry and not about workers, their families, and ordinary Americans.” They called on Bernhardt to reverse his “outrageous” decision to forge ahead with offshore drilling work or visit Capitol Hill to provide legal justification for the move.

Over the last two weeks of the shutdown, BLM has significantly ramped up oil and gas permitting, according to an analysis by Colorado-based advocacy group Center for Western Priorities.

Meanwhile, the Interior’s work related to offshore wind energy is at a standstill. BOEM has postponed several meetings to get pubic input on an 800-megawatt wind farm slated to begin construction this year off the coast of Massachusetts. And Bloomberg reported this week that wind energy reps fear that the shutdown—now in its fourth week, with no end in site—could complicate and impede offshore wind development in the Northeast.

The Interior’s preferential treatment of big oil since the shutdown began on Dec. 22 stands in contrast to the rhetoric from former agency chief Ryan Zinke, who claimed the administration doesn’t play favorites when it comes to powering America.

“The president and myself, we don’t pick winners and losers,” Zinke said in May 2017 at the Offshore Technology Conference in Houston “We don’t favor oil and gas over any other industry.”

Despite two years of regulatory rollbacks and receiving priority treatment during the shutdown, some in the industry still aren’t satisfied.

In a blog post last week, the U.S. Chamber of Commerce’s Global Energy Institute compiled a list of 20 regulatory reforms that could be impacted or delayed by the shutdown.

“We are very concerned about the regulatory progress being stifled,” Christopher Guith, the institute’s senior vice president, told the Washington Examiner.

The Interior Department did not respond to HuffPost’s request for comment Thursday.