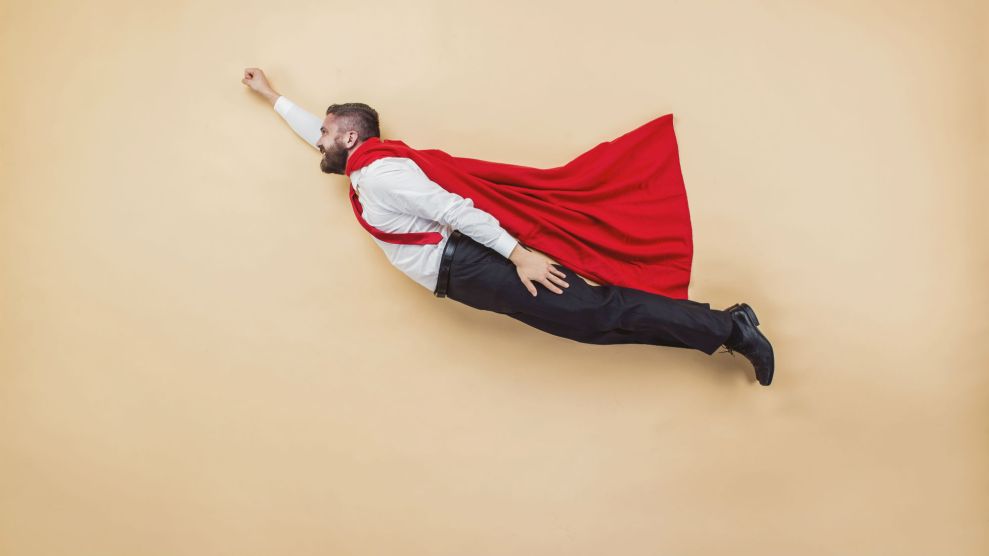 "Super poopers" are the heroes living among us.Shutterstock

There’s nothing charming about poop. And most people, I assume, don’t want to spend any time beyond what’s necessary thinking—let alone talking—about defecation. But here’s the deal: Poop saves lives. Through fecal transplants (which are exactly what they sound like), patients with ailments like C. difficile infection, inflammatory bowel disease, or diabetes can, in many cases, cure or treat their condition with a fresh set of gut bacteria. And now, a new study bolsters the theory that some people may be “super poopers,” or fecal donors whose gut bacteria transplants are more successful in treating disease than the average donor.

“[Super donors] have been observed in a lot of different studies for different disorders,” says Justin O’Sullivan, an associate professor at the University of Auckland in New Zealand and an author on the new study, published Monday in Frontiers in Cellular and Infection Microbiology. “And what people have observed is that there’s a propensity for some individuals to have microbiomes which make a greater impact on the clinical features and the characteristics of the recipients.”

In some cases, according to O’Sullivan, super-donor transplants have achieved clinical remission rates of about double the average.

O’Sullivan and his team did their research by analyzing more than 100 fecal transplant trials, conducted mostly in the past decade, and found evidence not only that super donors exist, but also data that could explain why. In many trials, a small percentage of donors gave stool samples that outperformed the others; those donors commonly had a high diversity of gut microbiota, which ultimately “appears to best predict” a patient’s response to a fecal matter transplant, the authors conclude. In other words, the more microbes your feces bring to the table, the more equipped it may be to treat disease.

The results are particularly significant for the future of medicine, because identifying the phenomenon of “super donors” is the first of many steps in eventually understanding how human gut microbiology can influence chronic diseases—Alzheimer’s, cancer, heart disease, among others—that are related to, or affect, gut bacteria. Before you can treat a disease, says O’Sullivan, you need to understand how it works.

“If we can understand what makes the feces from one person ‘super feces,'” says O’Sullivan, “then we can start to isolate new organisms that are within [their feces] so that we can move what was a really crude bacteria therapy into a more precision-medicine type approach, where we’re using specific organisms to treat specific disorders.”

While the new study suggests that microbe diversity plays a role in making super donors “super,” more controlled trials are needed. “The lack of large randomized controlled clinical trials of [Fecal Microbiota Transplantation] for the treatment of chronic diseases,” the authors write, “has meant that many observations, such as the existence of FMT super-donors, are not yet robustly supported by empirical evidence.”

The field of fecal matter science is still in its infancy, so the super-donor theory—which was first proposed only in recent years—still needs more data to back it up, even with the new study. But perhaps the more significant challenge toward applying this theory in medicine is that researchers wouldn’t know who among us is truly “super” because doctors don’t screen for, or generally keep records on, their patients’ gut microbiomes.

Donating your feces to a local hospital or nonprofit could be one way to help—and it could be lucrative. One Boston-based nonprofit, OpenBiome, pays $40 per stool donation. (But before you whip out a plastic baggie and mail your poop in, you should know that OpenBiome only works with donors in the Boston area and, due to an abundance of safety precaution, typically accepts less than 3 percent of applicants, making the screening process more selective than getting into Harvard.)

The group works with more than 1,000 hospitals across the country and has sent treatments to about 40,000 patients, mostly with C. difficile.

According to Majdi Osman, the clinical program director at OpenBiome, the super-donor phenomenon is something OpenBiome is aware of, but hasn’t tracked directly. “I think this is a really interesting paper, and it frames this very important question for all of us in this field,” he says about the Frontiers study. “I think it’s too early to claim that there’s a super donor for one particular disease, but we’re very interested in exploring that question further.”

After all, there’s a lot to learn from poop—even if it’s uncomfortable to talk about. “It’s an amazing thing when you think about it, right?” asks O’Sullivan. “Considering that we can transfer very carefully screened fecal material from one healthy individual into somebody else—we can do that. We can change the microbes that live in the recipient without making that person sick. In fact, we can help make them better.”