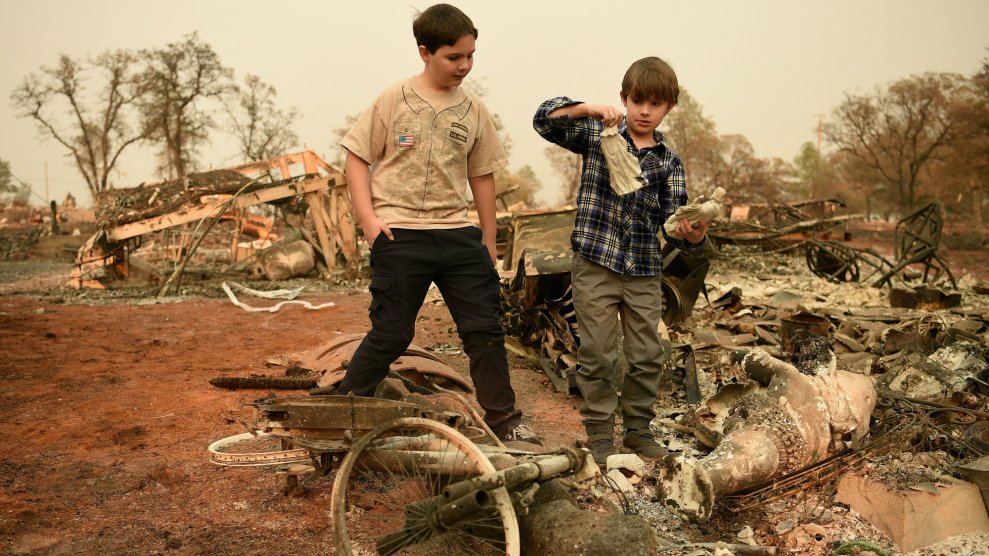 Although Northern California’s Camp wildfire has been burning for more than 10 days and is now two-thirds contained, Butte County residents are still grappling with a massive missing persons list and uncertainty over what new dangers an approaching rainstorm could bring.

Authorities have confirmed 77 fatalities in the unprecedented blaze, which has burned 151,000 acres and destroyed nearly 13,000 structures. As of Monday morning, the Butte County Sheriff’s Office listed 991 names on its missing persons list, but authorities said it’s unlikely the death toll will reach that high.

“This is a dynamic list. It will fluctuate both up and down, every day,” Butte County Sheriff Kory Honea told reporters on Sunday, when the number of missing persons on the list dropped by more than 200. It was the first time in days that it hadn’t grown.

Several people on the list appear to have been listed multiple times, and many still named on it have come forward to say they are safe, the Los Angeles Times reported. A search for some of the names listed on social media reveals they are alive, but the tragedy’s size and scope have made the list’s accuracy problematic.

The California Department of Forestry and Fire Protection, known as Cal Fire, deployed several task forces and canine teams on Sunday to speed up the search for human remains amid the vast swaths of charred areas in an effort to provide greater clarity on the death toll.

Multiple California Urban Search & Rescue (US&R) Task Forces and US&R Human Remains Detection Canine Search Teams have been deployed to assist @ButteSheriff with the search for, and recovery of, victims missing in the areas devastated by the #CampFire. @Cal_OES @CAL_FIRE pic.twitter.com/TpDzs1sOLM

Cal Fire says it expects the Camp fire will be fully contained by the end of November. Help in stamping out the flames will come from an approaching rainstorm, which is expected to bring four to six inches of rain to the region later this week. The rain should also provide some relief to communities hundreds of miles away, including San Francisco, that have been smothered with smoky, hazardous air for the past week.

However, heavy rains could also cause dangerous mudslides in the burn areas, putting firefighters at risk as they work on rugged, mountainous terrain and displacing evacuees camped out in lowland parking lots or other makeshift shelters at risk of flooding.