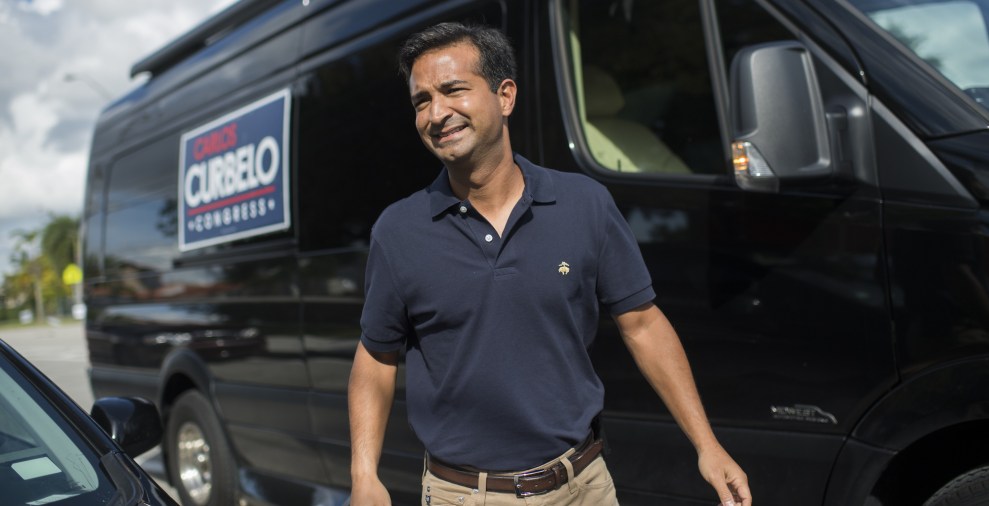 Elected Republicans who actively talk about climate change are a rare breed, and they just became even rarer on Tuesday night.

Miami Republican Congressman Carlos Curbelo has conceded his race to to Democratic challenger Debbie Mucarsel-Powell in the Florida’s 26th District. His loss casts doubt on the future of the caucus he co-chairs, the House Climate Solutions Caucus, which stood to lose as many as 36 Republicans between its vulnerable and retiring members. Eight of these seats are retirements or members who lost their primaries.

Curbelo, a moderate who actively distanced himself from President Trump on immigration, represents a district won by Hillary Clinton in 2016. He proposed a carbon tax bill that landed with a thud earlier this year, with his party not even considering the measure, while the House passed a resolution declaring a carbon tax discussion to be a nonstarter.

Because climate is largely ignored in the Republican party, the House Climate Solutions Caucus, an informal, symbolic group that meets only rarely, has become the only opportunity to see any movement on the issue. Its Republican membership is largely comprised of politicians facing tough reelection battles hailing from endangered coastal states like Florida, a number of whom who are willing to at least acknowledge that climate change is a real, man-made issue. Formed in February 2016, it is a strictly bipartisan caucus that allowed one Democratic member to join for every Republican recruited. Curbelo has been co-chair with Rep. Ted Deutch (D-Fl), over time bringing 90 total members—45 Republicans—on board.

But I’ve written that the caucus never had particular standards about who could be brought on board, raising questions about how much the informal group was greenwashing political records as opposed to seriously vetting a GOP-approved climate action plan:

Its critics charge the caucus has expanded its size at the expense of its credibility, providing Republicans who have been actively hostile to government programs a low-stakes opportunity to “greenwash” their climate credentials without backing meaningful action—just in time for midterm elections.

Today, a long list of Democrats are waiting to join the caucus, but all Republicans are welcome. New members aren’t subscribing to any particular set of principles—other than (hopefully) the view that climate change is not a hoax—given the deliberately vague mission of the caucus to educate members of Congress on climate risk and explore policy options around climate change.

Steve Valk of Citizens’ Climate Lobby says that the caucus could regrow its ranks again, as it had after some members exited in 2016. In the past, they put a hold on the number of Democrats who could join until Republicans refilled their rank. Yet it’s unclear how exactly it recovers after this cycle, especially without a clear Republican leader.

Some climate activists would be happy to see the caucus disband, arguing that if it ever put produced a workable bill, it would be too weak to truly tackle the needs of climate change. Co-founder of the Climate Hawks Vote PAC R.L. Miller, who endorsed Curbelo’s challenger, argues that Republican-led action on climate change would be far too weak to be meaningful. “First we need to put good people in who can stand up for something strong rather than trying to pass something bipartisan,” she said, “because at this point the Republican party is so far gone with fossil fuels and climate denialism.”

There is continued debate over the best strategy for tackling climate change. Some, like Miller, argue that Democrats are better off passing legislation on their own, hopefully building a path for a time they actually control Congress. Some will surely mourn the loss of a moderate Republican leader.

Nancy Pelosi has told the New York Times that Democrats are considering the return of a select committee focused on climate change, similar to one that existed from 2007 to 2011, to prepare the way for climate legislation. That would surely not involve Republicans in any major way, but it would have more teeth than an informal caucus.