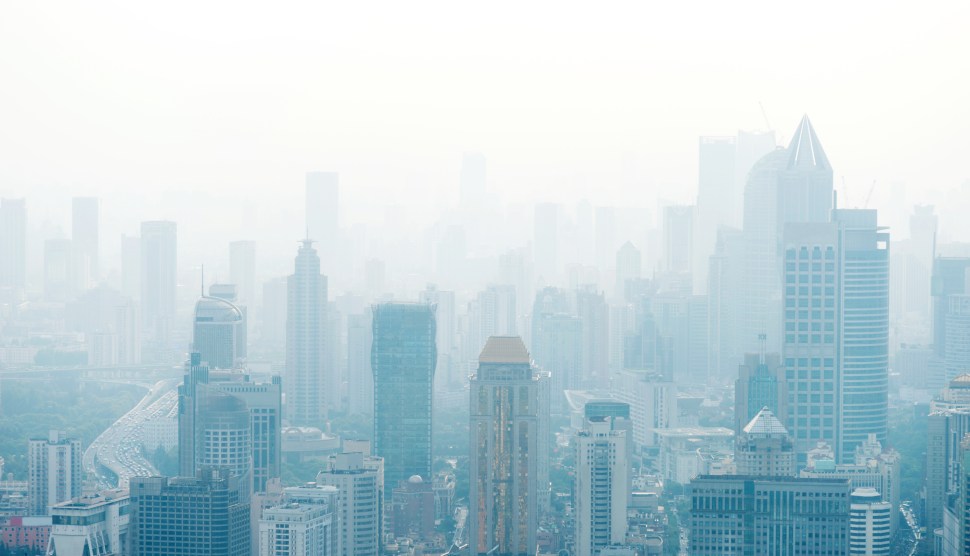 More than 40 percent of Americans live in counties with unhealthy levels of air pollution, according to the American Lung Association. The health effects of inhaling contaminants such as ozone and particles from exhaust are well documented. The World Health Organization says air pollution causes about 1 in 9 deaths worldwide, mostly from lung and heart disease.

But pollution affects other parts of the body as well—researchers are increasingly linking exposure to diseases of the brain. The latest evidence is a large study, published this week, finding declining cognitive ability in people—especially the elderly—who breathe in pollutants regularly over time.

The researchers administered math and verbal tests to 250,000 people 10 and older from across China, once in 2010 and again in 2014. During that time, the researchers found, participants’ scores fell. After controlling for other variables, the researchers were able to connect those cognitive losses to pollution exposure. The declines were especially pronounced for older people, a finding that squares with this 2015 Mother Jones feature by Aaron Reuben about the connection between air pollution and neurodegenerative diseases such as Alzheimer’s and Parkinson’s.

“Damage on cognitive ability will affect earnings and health, and impede human capital.”

The mental declines could have significant societal impacts, lead author Xi Chen told me via email. “Damage on cognitive ability will affect earnings and health, and impede human capital from being an important engine of economic growth.”

The study noted that participants with less education tended to have greater declines in ability, possibly because they were more likely to work outdoors and thereby have more contact with polluted air. This squares with research conducted in the United States. Shakira Suglia, an Emory University epidemiologist who has studied air quality in disadvantaged communities, points out that polluted areas often lack amenities—like parks—that help protect against foul air.

In 2008, Suglia and her colleagues published a study linking cognitive problems in a group of Boston children to high pollution exposure. And communities with poor air pollution, she notes, tend to be unhealthy in other ways: less access to food, fewer recreation facilities, and more crime, for example. “It just kind of compounds everything,” she says.

Chen says his group’s findings underscore the need for strong regulations around air quality—which a recent analysis by University of California researchers found have been highly effective in the United States: “Public policies should respond to the increasing concerns on air pollution, in particular the hidden cost on intellect, which has not been well recognized before.”

The news on that front, though, is grim. Earlier this month, President Trump announced plans to dramatically relax fuel efficiency standards, a move that would flood American communities with more dangerous airborne particulates from vehicles. Just last week, the Environmental Protection Agency determined that Trump’s new regulations for emissions at coal-burning power plants will cause an additional 1,400 deaths a year.