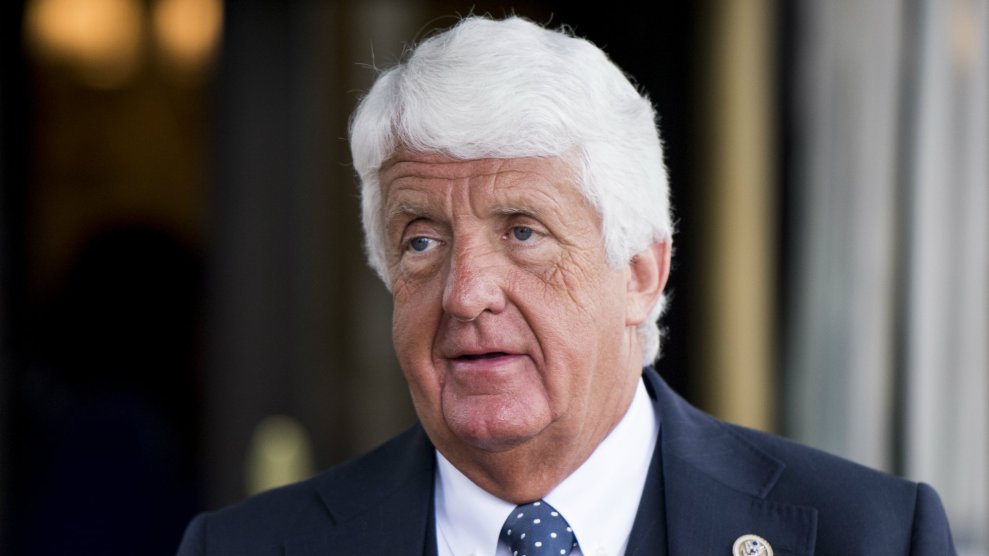 A linchpin environmental law is now being scrutinized by the Trump administration and could be targeted for reforms. The National Environmental Policy Act, commonly referred to as NEPA, dictates the environmental planning process for federal agencies. Any changes to the NEPA process could have far-reaching impacts on the vast public lands and infrastructure of the West.

The NEPA reform push broadly traces political dividing lines, as pro-business and anti-regulation Republicans, who want to see NEPA reworked, square off with environmental groups and conservation-minded Democrats hoping to preserve the law and implementation process. Caught between the vocal factions of each party are state governments and federal land managers arguing for a middle ground of limited reform.

An August 2017 executive order, aimed at cutting environmental regulations and speeding up infrastructure projects, key goals of the Trump administration, prompted the ongoing review. The review looks at changing the implementing procedures for environmental reviews and offers some examples of what could be altered, including: limiting the time frame for environmental reviews, changing how agencies consider state and tribal input, and reducing the need to explore project alternatives.

When federal agencies consider timber sales, build bridges, renew licenses on dams, pave highways, permit nuclear facilities or make any decision that will impact the local environment, they trigger the NEPA process. Contractors working on federal projects often commission and pay for NEPA reviews. The NEPA review process has three tiers that determine how rigorous an environmental review must be. The Categorical Exclusion designation exempts actions from environmental review if they are deemed to have no “significant effect on the human environment.” The next tier is Environmental Assessment, which compels agencies to prepare a formal review of potential impacts and decide whether the action has no significant impact or requires an Environmental Impact Statement. The Environmental Impact Statement is the most thorough review process and requires multiple drafts, a public comment period and that agencies explore alternatives to proposed projects.

Heading the push for NEPA reform is Rep. Rob Bishop, R-Utah, who has had the law in his sights for the last decade. During a committee meeting on NEPA, Bishop, the chair of the House Committee on Natural Resources, complained the law has been warped by lawsuits and court interpretations and become “a weapon for litigants to force delays and denials on all sorts of activities.” Bishop, who has been a vocal proponent of loosening federal regulations on oil and gas companies and the transfer of federal lands to state control, said, “Environmental reviews should inform government of the actions they need to take, not paralyze it.”

“Environmental reviews should inform government of the actions they need to take, not paralyze it.”

Conservation groups are digging in order to preserve NEPA and asking for an extended public commenting period on the current review. The “Protect NEPA Campaign,” which is a coalition of environmental, labor and civil rights group, such as the Sierra Club and Natural Resources Defense Council has called the Trump administration’s review an unprecedented attack on the law. More than 350 environmental organizations signed a letter to the Council on Environmental Quality, asking for an extension of the public comment period from 30 to 90 days. Raul Garcia, the senior legislative counsel for the environmental law group Earthjustice, said the month-long commenting process “is the latest in a long line of this administration’s efforts to silence public opinion and hinder democracy.”

Land management professionals say parts of the NEPA process could be reformed, but caution against sweeping changes to the law. Mike Ferguson, a retired Bureau Land Management land planner, first worked on NEPA implementation with the BLM in the 1970’s and has seen the implementation of the law become more convoluted over time. He says tightening the time frame for NEPA actions, clarifying the role of public comments, and investing in training and agency personnel could improve the process.

Getting back to the basic language and intent of the law should be the goal of any NEPA reforms, says Ferguson. “A tug-of-war obliterates what NEPA was designed for in the first place, and I don’t care whether that’s from the left or the right,” he says. “Opening it up on either side will lead to a downward spiral that will dilute its effectiveness in the long-run.”

The commenting period for NEPA reform is slated to be open through July 20, and a comment form can be accessed via the Council on Environmental Quality’s website. To date, the majority of the comments so far have either urged the council to keep NEPA intact or asked for an extended commenting period.