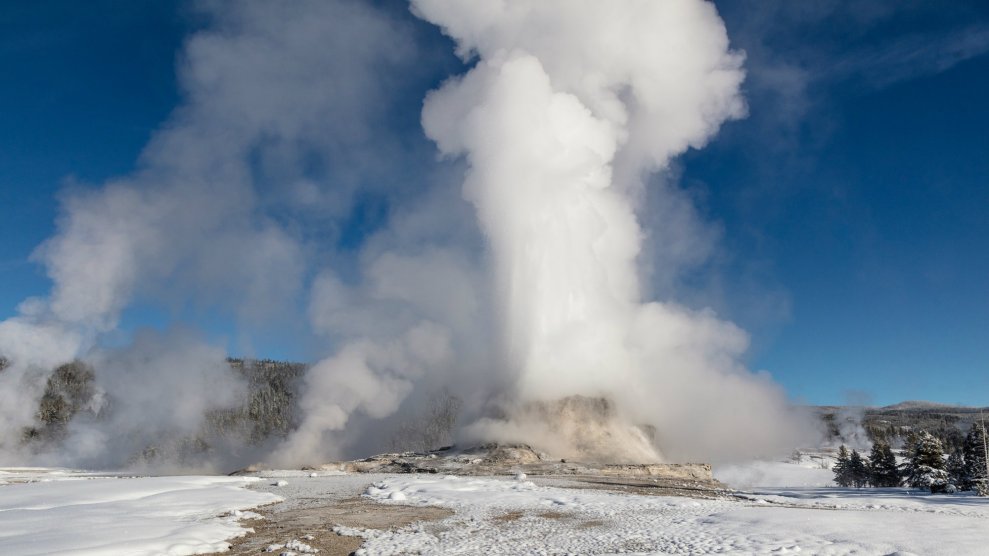 Even in the awe-inspiring canyons of Yellowstone and mountains of Yosemite, the fresh air may not be so fresh: Concentrations of ozone in many US national parks are similar to levels in America’s largest metropolitan areas, according to a new study in Science Advances by researchers at Iowa State University and Cornell University.

Back in 1990, the biggest US metro areas had higher average ozone concentrations and more exceedance days (when the EPA deems ozone levels unhealthy for sensitive groups) than national parks. Butby the early 2000s, the study notes, ozone concentrations were “nearly identical” in national parks and large metro areas. In cities, average summer ozone levels decreased by more than 13 percent from 1990 to 2014. The same metric for national parks increased from 1990 to the early 2000s, but declined to 1990 levels by 2014.

The researchers noted that these trends align with the timing of federal regulatory efforts, namely the Clean Air Act (CAA) Amendments of 1990 (mostly focused on pollution in urban areas) and the EPA’s Regional Haze Rule (centered on national parks).
The study’s authors looked at 33 national parks across the US, including the largest and most visited in the NPS system, such as Acadia, the Great Smoky Mountains, Yellowstone, and Yosemite. The 20 largest metro areas, led by New York, Los Angeles, Chicago, and Houston, were selected based on 2015 population estimates.Sequoia National Park had the highest average ozone concentration of the parks studied, and its trend for exceedance days is similar to that of Los Angeles—the city with the highest ozone levels.
Ground-level ozone is the main ingredient in smog. It is created by chemical reactions between nitrogen oxides and volatile organic compounds (VOC) in sunlight. Common sources of nitrogen oxides and VOC include emissions from industrial facilities and electric utilities, motor vehicle exhaust, and gasoline vapors. Ground-level ozone is different from stratospheric ozone, or “good” ozone, which appears naturally in the upper atmosphere.The study found that national parks had fewer visitors on days with poor visibility, presumably because some people followed air-quality warnings. Ozone exposure is associated with respiratory symptoms and increased hospitalization rates, and exposure during exercise worsens the effects.

Although the Clean Air Act (CAA) Amendments of 1990 expanded regulation of toxic chemicals to fight acid rain, urban air pollution, and toxic air emissions, the efforts largely centered on places where many people live. Substantive efforts to address air quality in national parks did not materialize until 1999, when the EPA created the Regional Haze Rule, which called for state and federal agencies to work together on the issue. This April, President Trump directed former EPA head Scott Pruitt to review the Regional Haze program. The rule has been controversial with some states and industry groups who cite the cost of regulation.

Ivan Rudik, one of the researchers, told CityLab that about 10 percent of all park visitors since 1990 (or about 80 million people) have been exposed to ozone levels that are unhealthy for sensitive groups, including older adults, children, and individuals who have a lung disease or are exercising outside. “So pretty much everyone who goes to national parks,” he said.

One of the most consequential findings, Rudik said, is that “there’s still quite a [number] of people being exposed to potentially unhealthy levels of ozone when they go to national parks.” Something to keep in mind the next time you escape the city for a dose of fresh country air.