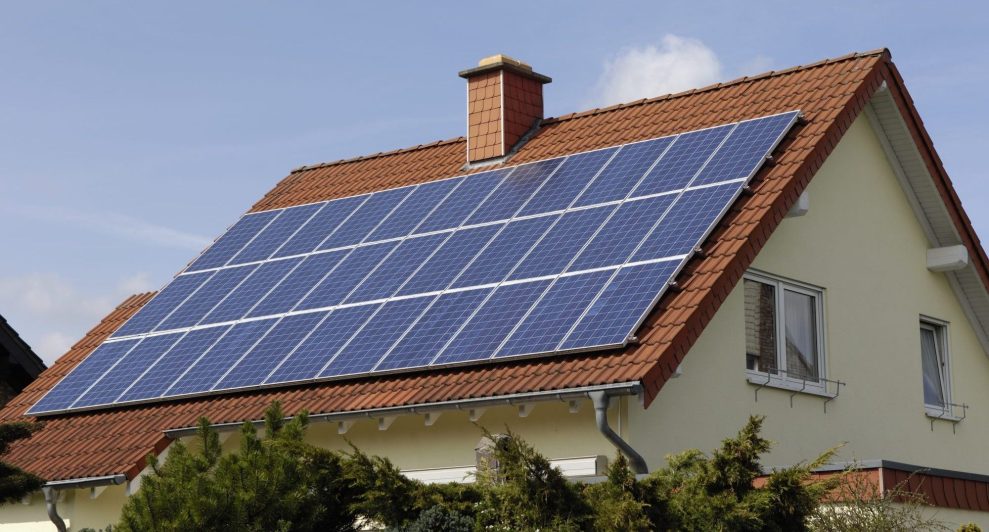 The mandate is part of California’s “Energy Efficiency Strategic Plan,” which includes the goal that both residential and commercial construction be zero net energy by 2030—meaning the buildings’ annual energy usage is either less than or equal to the renewable energy generated onsite. California was also the first state to require net zero energy through building code.

The solar panel requirement, which applies to new single and multi-family home construction up to three stories high, was included in an update to the state’s building energy efficiency standards. The California Energy Commission approved the standards today and they will become effective January 1, 2020.

California has been a leader in statewide initiatives to combat climate change, including setting aggressive goals like lowering carbon pollution to at least 40 percent below 1990 levels by 2030, as well as requiring that utility companies get at least 50 percent of all electricity from renewables by the same year. About 20 percent of California’s new homes are built with solar arrays and the state has held about a third of the nation’s total jobs in solar since 2013, according to the San Francisco Chronicle. A state energy department analysis estimates the new building code will add about 5,400 jobs to that market.

“California is providing a framework and doing the research—putting out a model that other states can emulate.”

Environmentalists are celebrating the new building standards, and not just because of the solar panel mandate. “We’re excited because [the new building standards] continue to help California move towards more renewable energy,” Pierre Delforge, director of energy efficiency, energy, and transportation for the Natural Resources Defense Council says, noting that the new code also includes regulations for doors, windows, and insulation that will help reduce carbon emissions. “California is providing a framework and doing the research,” Delforge continues. “They’re putting out a model that other states can emulate.”

The state’s energy commission projects that the standards will reduce statewide greenhouse gas emissions by 1.4 million metric tons of carbon dioxide over three years. What’s more, residents will save about $80 per month on energy bills, and $19,000 over a 30-year period.

But the mandate is projected to increase home building costs by an average of $9,500—which could exacerbate the state’s housing affordability problems. Last year, the California Association of Realtors released a report saying that about 70 percent of the state couldn’t afford the median home price of more than $550,000.

California Housing Partnership, a nonprofit that focuses on policy and research around affordable housing, has not yet taken a stance on the mandate, according to its policy director Stephanie Wang. “California’s policies should support both affordable energy and affordable housing for those most vulnerable in the housing crisis,” Wang says.

Delforge says that the increase in construction costs due to the solar panel mandate is “only half the equation,” and the monthly savings in utility bills for residents will outweigh the burden down the line.

Although unprecedented in many ways, the solar panel requirement will be incremental. New home builds account for about one percent of the state’s total residences per year, according to Delforge, so don’t expect to see swaths of solar panels popping up on roofs across the state just yet. “The number of homes impacted by the building code is relatively small,” he admits, “but those homes will last for decades—and it’s much cheaper to build it right the first time than retrofit it later on.”