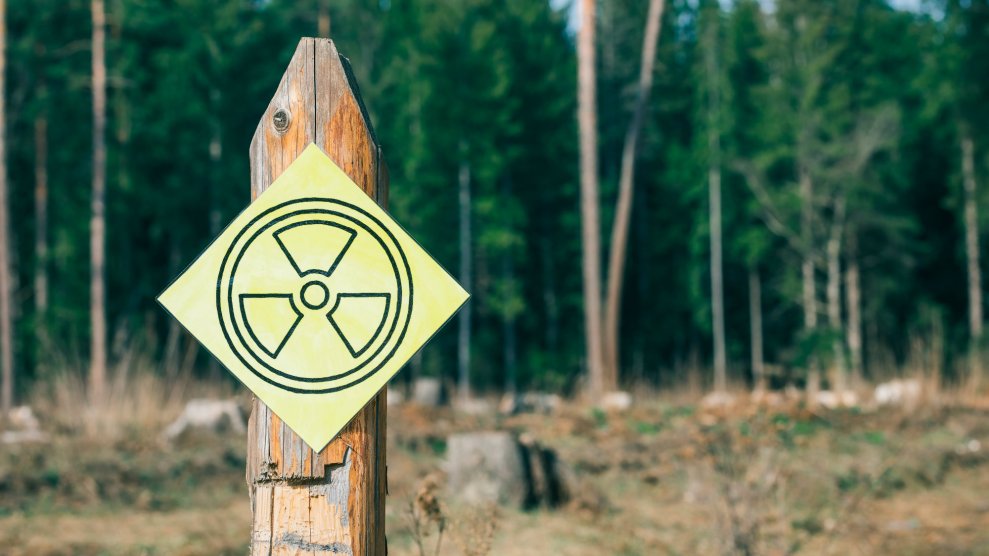 One year ago, the man who founded the Environmental Protection Agency’s Office of Environmental Justice resigned. In a lengthy letter, Mustafa Ali asked newly sworn-in EPA Administrator Scott Pruitt to protect the communities most vulnerable to pollution: minorities, low-income populations, and Native Americans. “The upcoming choices you make will have significant impacts on the public health and environment of our country,” Ali wrote. “Those choices can stand as a beacon of hope, and as a powerful role model to the rest of the world on our priorities and values.”

On Wednesday, Pruitt announced the addition of eight new members to the National Environmental Justice Advisory Committee, which provides advice to the EPA administrator on how best to protect those vulnerable communities. One of the members is Michael Tilchin, a white gentleman from Washington, DC, and the vice president of CH2M Hill, a global engineering company that’s caught up in a major contamination scandal: Dozens of its workers inhaled cancer-causing plutonium—not once, but on multiple occasions.

The events in question occurred at the Hanford Site, a decommissioned nuclear weapons production facility in Washington state. CH2M Hill holds contracts with the Department of Energy to clean up the highly contaminated, radioactive site. Tilchin, according to a two-year-old resume, in 2013 began serving on the board of directors for the CH2M HILL Plateau Remediation Company, a subsidiary in charge of “environmental cleanup of the Central Plateau at the Hanford Site.” (It’s not clear whether he still serves on this board, nor if he was involved with decision-making at Hanford. He declined The New Republic’s request for comment, and CH2M Hill did not reply to a request for comment.)

Since February 2017, CH2M Hill’s work at Hanford has sparked at least three accidental releases of plutonium dust, which emits alpha radiation—“the worst kind of radiation to get inside your body,” according to KING-TV, the Seattle-based news station that’s been investigating the incidents. “Plutonium will go to the bones and sit there for a long, long time,” Dr. Erica Liebelt, executive director of the Washington Poison Center, told the station. “Your risks are lung cancer, liver cancer, and bone cancer. That’s where plutonium heads in the body.”

The first accidental release last February was small and relatively inconsequential, said Tom Carpenter, an attorney who has watchdogged the Hanford project for 32 years and is currently executive director of Hanford Challenge. But the second incident in June 2017 was catastrophic, he said. During an attempt to demolish the Plutonium Finishing Plant—the last stop for nuclear weapons production during the Cold War and “the most hazardous facility” at Hanford, according to KING-TV— plutonium was detected in the air and more than 300 workers were told to take cover. The demolition was halted. Later, 31 workers tested positive for internal plutonium contamination. Office buildings, trailers, and cars outside of the demolition zone tested positive for contamination.

Our hearts go out to the #Hanford workers who were recently contaminated with plutonium while deconstructing one of the most lethally radioactive buildings on the site. Thanks to the brave workers willing to come forward and tell your story to @SFrameK5.https://t.co/wiy5Uc6GqA pic.twitter.com/BtR7yCUnJ5

After that, CH2M Hill reportedly “increased safeguards and promised to do better,” KING-TV reported. But six months later, in December 2017, the company attempted to demolish the facility again. “More plutonium began escaping outside the demolition control zone,” according to KING-TV. “CH2M Hill waited two days to halt the job. Radioactive particles ended up on all kinds of items including worker’s boots, office trailers, jersey barriers, tumbleweeds. And elevated airborne levels of plutonium were recorded at an employee exit right next to a public highway.” Eleven workers were exposed to small amounts of plutonium dust.

Carpenter believes these exposures occurred because CH2M Hill’s contract includes millions in bonus payments for finishing the demolition in a timely manner. Every day CH2M doesn’t complete the demolition, it loses more money. In addition, “The government approved CH2M’s proposal for an open-air demolition over objections,” Carpenter said. “So the government owns this problem as well.”

Veteran Hanford worker says they knew event like this would happen because CH2M Hill "rushing the demolition." & "not listening to workers"

It’s unclear whether Tilchin—the CH2M Hill executive and new EPA environmental justice adviser—was directly involved with any of the company decisions that led to multiple accidental releases of a dangerous substance. He does have experience dealing with the agency he’s advising; according to his resume, he currently has “national responsibility for all CH2M Hill’s work for EPA,” including Superfunds, brownfields, and climate change. Tilchin was also previously director of Superfund programs at the company, so he’s worked in hazardous waste site cleanup.

But Tilchin’s position on the board in charge of Hanford cleanup raises red flags for Carpenter. “It disturbs me that executives who were potentially making these decisions are now in positions of greater power,” he said. Carpenter said the appointment does not send a great message for environmental justice, either. “This company has lost a lot of credibility in the communities with the workers,” he said. “And in my opinion, they haven’t shown much compassion for their own workers and others.”