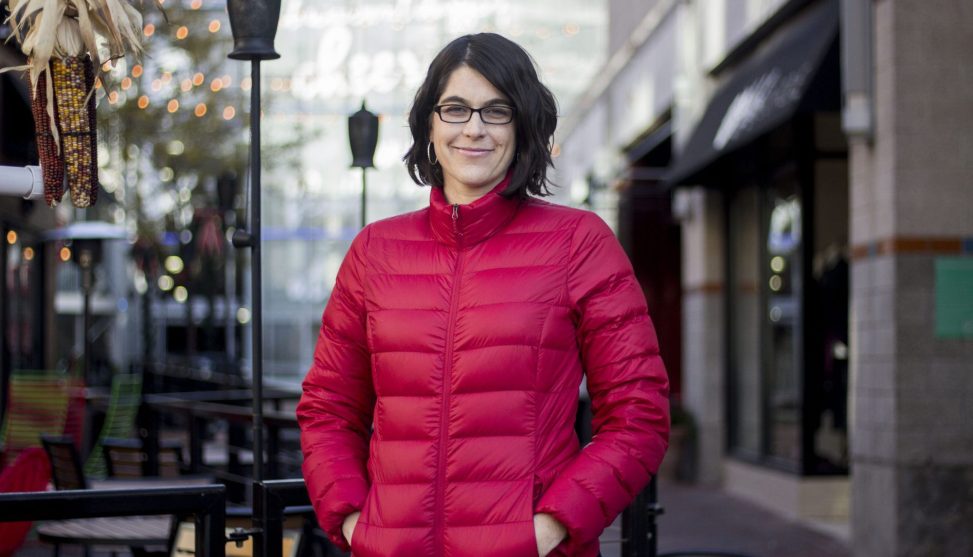 On January 26, after serving as a scientific advisor to the Environmental Protection Agency for about two years, Robyn Wilson received her first note from EPA Administrator Scott Pruitt thanking her for her service—which was officially over. She had one year left in her term.

This message from Pruitt came after months of turmoil, starting in October of last year when he implemented a new policy that barred scientists who hold EPA research grants from serving on any of the 23 scientific advisory boards—independent committees that study everything from air quality to environmental justice in order to provide up-to-date, unbiased research to direct EPA policy.

Wilson, a behavioral decision scientist of 12 years, occupied a seat on the nearly 50-member Science Advisory Board. She was informed shortly after Pruitt’s policy change that she would have to choose between her own EPA grant, funding a study on Lake Erie farmers’ decisions around conservation and water quality, or serving on the board. Wilson chose her grant in November and was officially fired in January.

The Science Advisory Board has been transformed by Pruitt from a committee stacked with some of the top environmental experts in the nation to a panel of many representatives from industries the EPA regulates. Pruitt has installed 16 new committee members, 14 of whom consult or work for the fossil fuel or chemical industries, according to Reveal from the Center for Investigative Reporting.

Now, Wilson is pushing back against the rule that cost her the board position. She joined a lawsuit brought by advocacy groups like Physicians for Social Responsibility and National Hispanic Medical Association and two other scientists that argues the directive violates federal ethics requirements. A month later, nonprofit science advocacy organization Union of Concerned Scientists also filed a complaint that says Pruitt’s new policy fails to explain the conflict posed by EPA grant funding, and states that “no such evidence exists” to back it up.

Mother Jones recently caught up with Wilson to discuss how advisory work was “drying up,” the board’s unanswered invitation to Pruitt, and why she thinks she’s shot herself in the foot.

Mother Jones: What was it like to work on the board?

Robyn Wilson: We met two to three times annually, depending on workload. An EPA staffer actually commented at our last meeting in August that the work is drying up. They were having us review a lot less. The trend was moving towards, “We don’t want your advice.” At a typical meeting, we would review two to three reports and go through administrative items. For example, we decided at our last meeting to formally to send a letter reminding [Pruitt] of the board’s function and politely inviting him to come meet us. Typically that’s what happens when a new administrator takes over the agency. But [Pruitt] didn’t want to come apparently.

When an issue comes to the board they pick two to three people with relevant experience to be lead reviewers, and then everyone weighs in with comments. For the last meeting, I was a lead reviewer, which meant I gave a big, oral overview of my comments. I evaluated the models that were being used to set nutrient loading reduction targets for Lake Erie, which has this significant algal bloom issue right now. As the Science Advisory Board, we were asked to review the state of the science of those models and provide advice to the agency as to whether or not they’re an accurate method of assessment.

MJ: What other differences did you notice while serving on the board after Pruitt took over?

RW: In my first year on the board we were very active. There were a lot of requests for us to weigh in—above and beyond the mandated actions. There was a lot of interest in integrating social science to have a better understanding of how decisions are made and how to engage the public appropriately. We had people coming in constantly talking about initiatives underway. It was exciting to see a big, bureaucratic agency recognize that maybe we could avoid problems like the Flint water crisis if we engaged sociologists, behavioral scientists, and decision scientists who can help us evaluate our policy decisions outside of a cost-benefit framework. The agency was clearly taking advantage of the fact that we were there.

When the agency‘s leadership changed, it went to radio silence. We would just get our standard: these are the three issues that we have to ask your advice on.

MJ: What is your EPA grant funding?

RW: The focus is to evaluate the cost-effectiveness of the millions of dollars the US EPA has spent on conservation in the Great Lakes. We’re evaluating [around] 100 projects and programs that have received funding from the Great Lakes Restoration Initiative to do on-the-ground conservation investment. I’m doing the behavioral science component around farmers’ decision making. We are evaluating psychological, social, economic benefits and then trying to assess that against what it cost the federal government; and ultimately make suggestions back to the EPA around whether it’s been a good investment or bad investment and why.

MJ: What are the flaws in this policy that led you to join the lawsuit and what’s the response been?

RW: It’s really just targeting these academic scientists and arguing that we don’t have the ability to give objective advice on issues that are important to the agency because we’re studying issues important to the agency. These people have been identified as having the most relevant and current knowledge about what’s going on, yet you’re not going to let them be on the board.

I’ve heard nothing from the EPA outside of the letter I just received. The support that I’ve received from people has been pretty amazing. I’ve gotten lots of thank you notes and emails and postcards. At some level, this struck a chord with the people. It’s encouraging to see individuals speak up for what they think is right even when there are risks involved.

MJ: What was it like to make the decision to keep the funding?

I had never submitted a proposal to the EPA for funding before until this one. It’s not my typical source of funding. To be quite honest, I have a lot going on; the irony is I would have been happy to give it up. But I am the sole person doing this one piece in a larger project supported by a team of almost 10 people. I would have left them high and dry, and I didn’t feel like it was the right thing to do.

MJ: Did you ever hesitate to file the lawsuit?

RW: I never hesitated personally. I never saw my attempt to vet the idea with [Ohio State University, where Wright is employed] as an approval process, but as a courtesy. My director sent me an email and said, “I’m very proud of you for doing this and I think you’re being very brave.” And I said, “Really?”

This is an inappropriate action being taken by the federal government and the right thing to do is to push back on it—and come what may, I guess. I’ve never had to worry about those risks either because I’ve had so much support from my university. I was worried that this would be a politically threatening thing to do. I think they all recognized that there were political risks that came with it for the institution, but they were still personally supportive of me. My dean said, “Well, if we get any contacts from our state legislature or governmental affairs  we’ll just tell them that for 150 years Ohio State has been serving the people of Ohio in making sure that our science is translated into actionable information that people can use to inform policy and make management decisions, and by mission, that’s what we do. Anything that prevents us from doing that is a threat to us.”

MJ: Had you ever served with someone who was clearly an industry stakeholder?

RW: There have definitely been people on the board from the private sector. Those perspectives have been there. They follow the same conflict-of-interest policies. They probably wouldn’t have been able to weigh in on a decision that impacts their industry. Maybe there was an imbalance towards academic scientists opposed to government or industry, but that was a good thing because you don’t have to deal with political or financial ties.

MJ: What is the overall goal of the legal filing?

RW: It’s to overturn the directive. I don’t have a personal goal of getting back on the board because by the time the lawsuit is over my first term would have ended, and I’m sure I won’t be invited back. I think I’ve shot myself on the foot on that one. It’s in defense of science. It’s the idea that the directive seems to be targeting scientists that are the most independent on the board. At an academic institution, you have the most freedom. That’s why you have tenure. The point of tenure is to study what you want to study and if you have to say things that are politically incorrect or make people uncomfortable you can do that because you’re protected. People in the private sector certainly are not—they could be fired real quick if they’re not toeing the company line. In government, there are a lot of policy reviews and things you’re allowed to do and not allowed to do.

MJ: If the lawsuits prevail and you’re invited back, would you consider it? Do you think you and your colleagues might have any reservations returning to the boards under Pruitt?

RW: I think people would go back—I would. This year has really mobilized people, especially in the environmental science realm. If we’re constantly going to be attacked, let’s find ways that we as citizens can be active.

This interview was edited and condensed from two separate conversations.