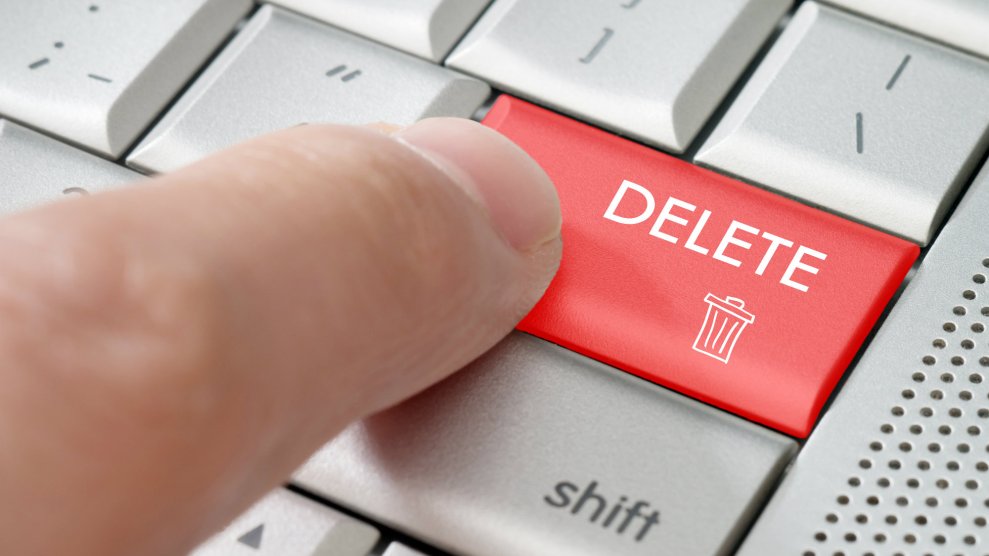 During his first few months as head of the Environmental Protection Agency, Scott Pruitt was personally involved in removing information about climate change from the agency’s website, according to EPA emails obtained by the advocacy group the Environmental Defense Fund.

The EDF acquired the emails through a Freedom of Information Act request “for documents about changes to the EPA’s website pertaining to climate and air quality.” The files center on a website purge that took place at the agency in April 2017, according to a news release from the group.

In August, the EDF also received records of “more than 1,900 climate-related web pages and files that had been removed from or modified on the EPA’s website.” The changes included removing the EPA’s webpage about the Clean Power Plan, an Obama-era policy aimed at reducing greenhouse gas emissions, as well as pages about climate change and climate science. Archived versions of these pages are still accessible.

Among the documents released by EDF on Monday is an email which shows J.P. Freire, then serving as Pruitt’s associate administrator for public affairs, writing to colleagues on April 28, 2017: “We would like the content at the links below removed and archived as soon as possible.” The webpage titles included “Climate Change, “Climate Change Science,” “Climate Change Impacts,” and “Student’s Guide to Global Climate Change.” Each of these webpages still directs the user to a page that states “this page is being updated.”

In reviewing the cache of emails, the EDF also discovered that EPA’s public affairs office had been asked by Pruitt’s advisers to figure out “how quickly they could launch a website on Trump’s energy independence executive order,” according to Think Progress. The reason? Pruitt wanted the EPA’s Clean Power Plan website redirected “to the energy independence website.”

Think Progress reports that a senior adviser to Pruitt, Lincoln Ferguson, pressured the staff, asking in an email, “How close are we to launching this on the website? The Administrator would like it to go up ASAP. He also has several other changes that need to take place.” When told that they were close to completion, Ferguson responded: “Can it happen today?” He added in a subsequent email, “Just asking because he is asking.”

In a statement emailed to ThinkProgress on Monday, EPA spokesperson Jahan Wilcox wrote, “Of course the site will be reflective of the current administration’s priorities. With that said, all the content from the previous administration is still easily accessible and publicly available through the banner across the top of our website.”