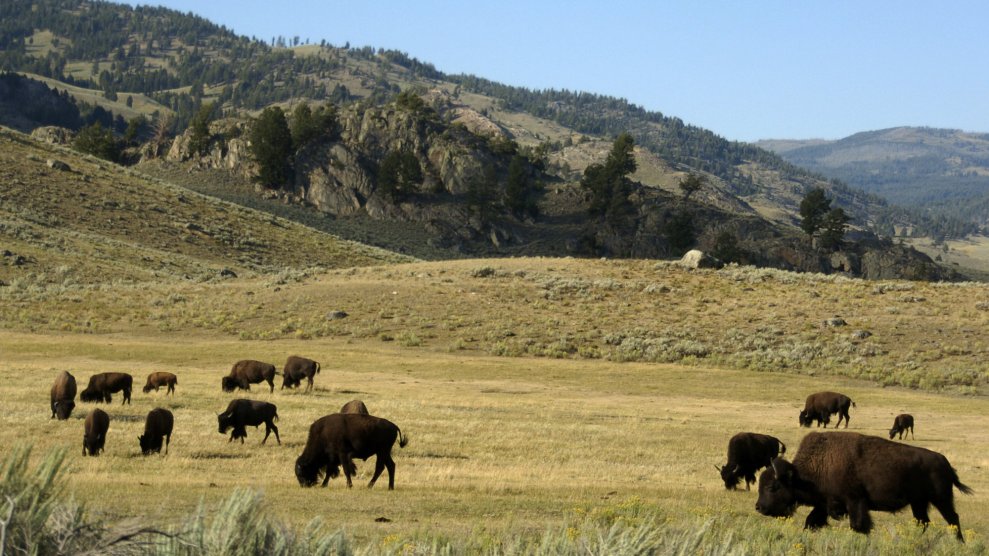 On Jan. 15, nine of 12 members of the National Park System Advisory Board sent a letter to Interior Secretary Ryan Zinke announcing their resignation, effectively dissolving the board.

It was an act of protest against an administration with little appetite for the methodical approach the board has brought to national park management for decades. And it leaves the National Park Service without a means to establish new historic or natural landmarks, since federal law requires the advisory board to sign off on such designations. More significantly, perhaps, it’s another crack in the foundation of the Interior Department, which manages 500 million acres of public land and is already rattled by the prospect of some 4,000 job cuts.

Since 1935, the nonpartisan experts on the National Park System Advisory Board have consulted with the Park Service on its policies and recommended new park units. Lady Bird Johnson served on the board, as did Western writer Wallace Stegner and numerous anthropologists, archaeologists, biologists, architects and social scientists. In recent years, the board has taken a special interest in protecting sites that are of value to Asian-American, African-American, Latino and LGBT communities, and it’s advised the Park Service on management strategies to deal with the impacts of climate change.

When Zinke took office last spring, board members hoped to talk with him about these efforts. But the secretary seemed uninterested—perhaps not surprising, given that a leaked document outlining his department’s priorities scrubbed all mentions of climate change and diversity. In May, Zinke suspended the advisory board, along with some 200 other independent committees that offered management expertise to individual parks or regions. With few options to make their voices heard, advisory board members decided to resign en masse.

Interior Department spokeswoman Heather Swift did not respond to a request for comment, but told the conservative Washington Examiner that the department “welcomes” the resignations of members who she claims ignored sexual harassment issues in the Park Service.

Former Alaska governor and advisory board chairman Tony Knowles says sexual harassment didn’t fall under the board’s purview. He also talked with High Country News about why he quit and what the board’s dissolution means for the national park system. The following has been edited for length and clarity.

HCN: Did you get the sense that until this year, the recommendations of the board were heeded, or at least heard?

Tony Knowles: Yes, absolutely. Over the past 7 years, we really made a difference in the direction of the National Park Service. There was a great sense of collaboration. Our board members worked with more than 160 outside experts to come up with recommendations, including to approve 130 new historical landmarks. We went over recommendations carefully with former superintendent Jon Jarvis, and often they became part of Park Service policy.

HCN: How did that change in the past year?

TK: At the beginning, we were told that all of the advisory boards were suspended and we’d be notified when it would become part of the agenda to reinstate them. So we waited one, two, three, four months. There was no contract (to allow us to continue our work), no understanding of when a Park Service director would be appointed. In early October, I wrote a letter to Secretary Zinke explaining how the board wanted to meet to inform the new administration of what we envisioned to build a better park system in the 21st century, and to hear what their vision was. We got no answer. I pestered and pestered, and in mid-November got a one-sentence email from someone saying the secretary was very busy. That’s when we realized they were just running out the clock until our terms expired in May.

HCN: Why did you decide to resign rather than try to influence the direction of the agency from within?

TK: When you’re on permanent hold, at some time you’ve gotta hang up. There’s no one to talk to but yourselves. By nine of us resigning, we felt we’d be able to get the microphone briefly to at least talk to the American people about climate change, about preserving the natural diversity of wildlife, about making sure underrepresented minorities not only come to the parks but are employees there. All these things we think are important. We may be disappointed with the Department of the Interior, but we are not discouraged. Every single one of us will continue the fight to promote and protect our public lands.

HCN: Given that your action is part of a larger pattern of resignations and layoffs at the Park Service, are you concerned about the agency’s future?

TK: Of course we’re concerned. The secretary proposed a 13 percent budget reduction, which would all come out of personnel, then claimed he’s going to rebuild infrastructure by raising park entry fees. If we’re trying to increase the number of people from lower-income groups who want to come to our parks, that’s counter-productive. I also get worried when I think about the unprecedented reduction of Bears Ears and Grand Staircase-Escalante national monuments in Utah. We think those could be a preview of coming attractions for the National Park Service.