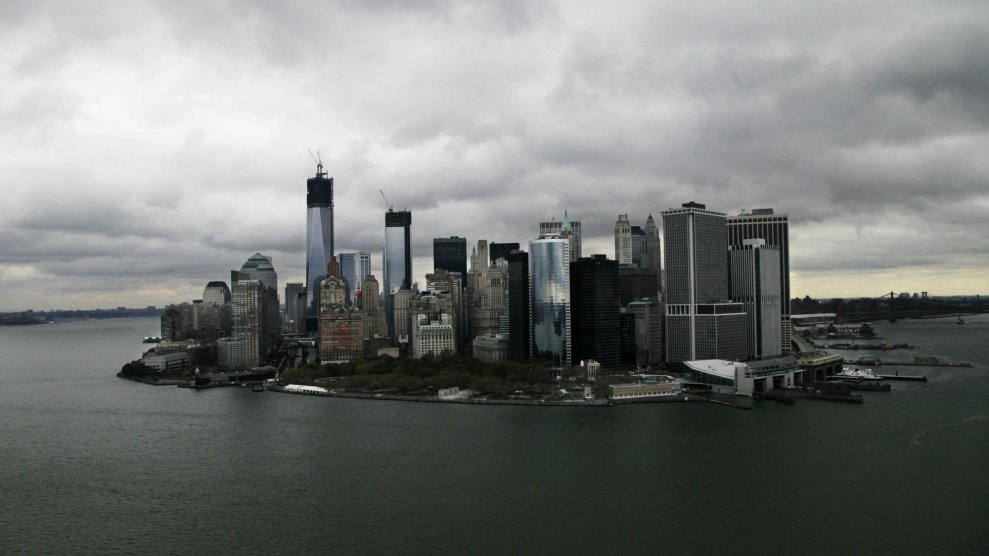 Large tracts of America’s east coast heritage are at risk from being wiped out by sea level rise, with the rising oceans set to threaten more than 13,000 archaeological and historic sites, according to new research.

Even a modest increase in sea level will imperil much of the south-eastern US’s heritage by the end of the century, researchers found, with 13,000 sites threatened by a 1m increase.

Thousands more areas will be threatened as the seas continue to climb in the years beyond this, forcing the potential relocation of the White House and Lincoln Memorial in Washington DC and inundation of historic touchstones such as the Kennedy Space Center and St Augustine, Florida, which lays claim to being the oldest city in the US.

“There are going to be a lot of cultural sites lost and the record of humanity’s history will be put at risk,” said David Anderson, a University of Tennessee anthropologist who led the published research.

“Some sites will be destroyed, some buried in marshes. We may be able to relocate some. In some places it will be devastating. We need to properly understand the magnitude of this.”

“Some sites will be destroyed, some buried in marshes…In some places it will be devastating. We need to properly understand the magnitude of this.”

Threatened areas, including locations on the national register of historic places, include Native American sites that date back more than 10,000 years, as well as early colonial settlements such as Jamestown, Virginia and Charleston, South Carolina. Researchers pinpointed known sites using topographical data and analyzed how they would fare in various sea level rise scenarios.

Florida, which has a southern portion particularly vulnerable to sea level rise, has the most sites in danger from a 1m raising of the oceans, followed by Louisiana and Virginia.

A 1m sea level rise by 2100 could prove optimistic, with several studies showing the increase could be much greater. Scientists have warned that the break up of the Antarctic ice sheet could significantly fuel sea level rise, pushing the global increase to around 6ft by 2100.

The latest US government estimate predicts a worldwide increase of 1ft to 4ft by 2100, although an 8ft rise “cannot be ruled out”.

The eastern seaboard of the US is at particular risk, with water piling up along the coast in greater volumes than the global average. The problem is compounded by areas of the coast, such as in New Jersey and Virginia, gradually subsiding due to long-term geological hangover from a vast ice sheet that once covered much of North America.

Sea level rise is expected to displace millions of people from the US coasts over the next coming decades, with Anderson warning this will create further damage to heritage sites as people move inland.

There is still some uncertainty over the exact timescale involved in the changes—it may take several hundred years for some coastal places to be at risk—leading to hopes that coastlines can be adapted in time in order to protect vital infrastructure and sacred sites. But losses appear inevitable.

“Putting a sea wall around the whole of the US won’t be an easy thing to do and would cause a lot of damage elsewhere,” said Anderson. “We are going to have to do a lot of planning as a civilization in the next 50 to 100 years and we have to take heritage into account.”

“Putting a sea wall around the whole of the US won’t be an easy thing to do and would cause a lot of damage elsewhere.”

Coastal heritage has been lost by previous fluctuations in sea level rise and Harold Wanless, a coastal geologist at the University of Miami who wasn’t involved in the study, said that tough decisions will need to be made as to what to protect in the future.

“We will have to look at how much effort we expend saving these sites over more practical things such as critical infrastructure or developing new agriculture resources,” Wanless said. “Our human history is important but there are a lot of new things to focus on. They will all need time and effort.”

Human-driven climate change is already creating its own historical artifacts, with around a dozen towns in Alaska set to be abandoned or relocated due to rising sea levels and diminishing sea ice. In Louisiana, a community near New Orleans received federal funding last year to relocate because much of their low-lying land has disappeared.

“It’s going to be an important choice for government,” said Rob Thieler, a sea level rise expert at the US Geological Survey. “There’s land that is becoming uninhabitable right now and we’ve seen from the hurricanes this year that people have to leave not just from the flooding but because infrastructure and services become unreliable.”