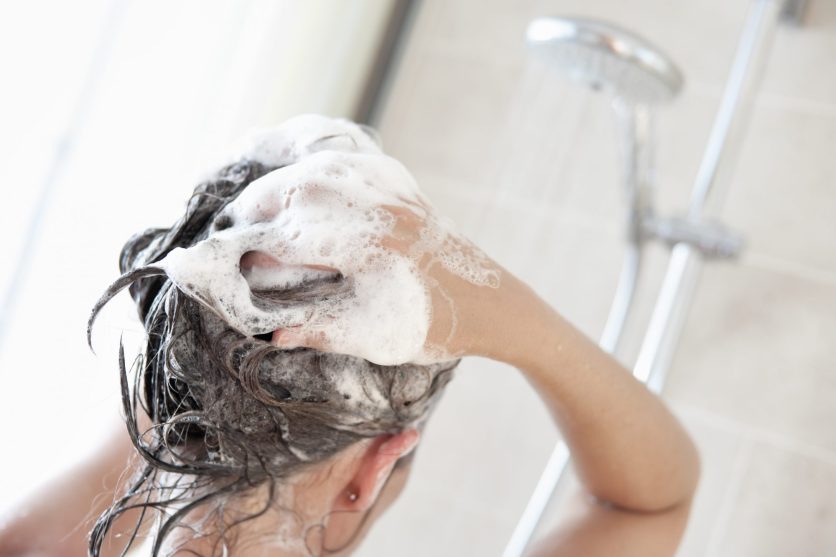 It’s long been known that the toxic chemical 1,4-dioxane seeps into groundwater after being used as a solvent in industrial manufacturing or in consumer hygiene products, like sudsy shampoos and body washes. But it wasn’t until last year, when the chemical was detected in more than half of Long Island’s water supply, that New York state officials started sounding the alarm bells about this invisible contaminant.

This isn’t just a problem in Long Island, or New York; dioxane has been found in drinking water across the country. And that’s not good, considering that the chemical has been classified as a “likely human carcinogen” by the Environmental Protection Agency. The Environmental Working Group, a nonprofit focused on health and environmental research, analyzed drinking-water samples taken from local utilities across the United States and found dioxane in 45 states’ water—affecting 90 million Americans.

The EWG released a database this week with its research on dioxane levels in each state, revealing that California, New York, and North Carolina had the highest numbers of people exposed to water that is contaminated above the EPA’s suggested standard. Here’s what you need to know about this chemical:

Dioxane is a synthetic, clear, liquid solvent that mixes easily with water and is used frequently in paint strippers, dyes, and varnishes. It’s also found in many common shampoos and body washes, usually the ones that are sudsy. And it’s a byproduct of plastic production.

Dioxane has been on California’s official list of cancer-causing chemicals since 1988.

Dioxane doesn’t readily biodegrade, and it’s a contaminant, or a potentially harmful substance being monitored by the Food and Drug Administration. The FDA, however, does not require companies to list contaminants in products’ ingredients, so it’s difficult to tell if your shampoo contains the solvent. (You can search to see if it’s in the products you use here.) The bigger concern, according to the EWG, is the dioxane discharged from industrial plants that seeps into our water supply. “It’s really difficult to treat and you can’t filter it out with a home filter,” Tasha Stoiber, a senior scientist with EWG, says.

Is any amount of dioxane safe?

The chemical was deemed “likely to be carcinogenic to humans” by the EPA in 2013 when the agency conducted a risk assessment that revealed sufficient evidence of dioxane exposure causing tumors in animal testing. That same year, the EPA established that a level of 0.35 parts per billion (ppb) of dioxane in public water systems would protect against cancer risk—but the agency never set a legal limit. It’s been on California’s official list of cancer-causing chemicals since 1988. And short-term exposure to dioxane vapors can cause nose, eye, and throat irritation, and long-term exposure could cause liver and kidney damage, the EPA reported back in 2014.

In November of last year, the Environmental Protection Agency listed dioxane as one of the 10 initial chemicals to review under the Toxic Substances Control Act (TSCA). When a new TSCA risk assessment review was released in June, the EPA pointed back to the 2013 report data maintaining that the toxin could be cancerous, but again did not set a legal limit for how much can appear in public water systems. “For a chemical to rise to the top of this [TSCA] list really raises alarm bells about the potential environmental contamination, as well as the residual health effects,” EWG senior scientist David Andrews says. When I reached out to the EPA, the agency said it was still evaluating the data and had not made a decision to regulate dioxane under the Safe Drinking Water Act, the national standard for potable water.

The EWG supports the EPA’s determination for 0.35 ppb of dioxane in public water to mitigate cancer risk and is pushing for the agency to set this level as the legal limit. The new database reveals that more than 7 million people in 27 states are exposed to water with levels of dioxane exceeding that limit.

What does “likely carcinogenic” mean?

To be a known carcinogen, there needs to be clear documentation of human deaths, Andrews explains. However, the majority of studies conducted on dioxane involved animals—and when evidence for human risk is linked to animal studies, the EPA classifies the results under “likely.” Andrews and other public health advocates still say we should limit the concentration of the chemical in our water systems.

What are legislators doing about this chemical?

Various state officials have taken action against dioxane, notably in New York. In February, Gov. Andrew Cuomo sent a letter to the EPA urging it to set a maximum contaminant level for dioxane. The next month, New York Sens. Kirsten Gillibrand and Charles Schumer, both Democrats, introduced a bill to the Senate urging the EPA to set maximum levels for a list of contaminants, including dioxane, under the Safe Drinking Water Act. The bill is still lingering in the Senate. Those same senators have since filed a petition to the FDA asking that it ban dioxane in cosmetic products, which would require companies to utilize a technology called vacuum stripping that would remove the chemical.

“This likely cancer-causing toxin serves no purpose in these products and is not even identified on packaging,” Senator Chuck Schumer said.

“This likely cancer-causing toxin serves no purpose in these products and is not even identified on packaging, so it’s time we drain it from everyday products to make Long Island’s water safer,” Schumer said in a statement.

A handful of states have set their own limits on dioxane, in the absence of federal regulation. In California, where 2.5 million people are exposed to dioxane above the EPA’s suggested limit, water utilities must report levels above 1 ppb to the state government. Colorado, Massachusetts, New Hampshire, and New Jersey have also set guidelines that are all below 1 ppb of dioxane.

My city’s water is contaminated—what can I do?

According to the EWG, to limit exposure in your home, you can avoid products with the ingredients PEG, polyethylene, polyethylene glycol, polyoxyethylene, and polyoxynolethylene—because these likely have dioxane in them. EWG’s Skin Deep database lists more than 8,000 products that contain the toxin.

Calling your water utilities and state officials to push for contamination prevention efforts is the next step. Considering the EPA has yet to take action, it appears that state governments will have to lead by example to push the federal agency to set a legal limit in accordance with cancer prevention and healthy drinking water.