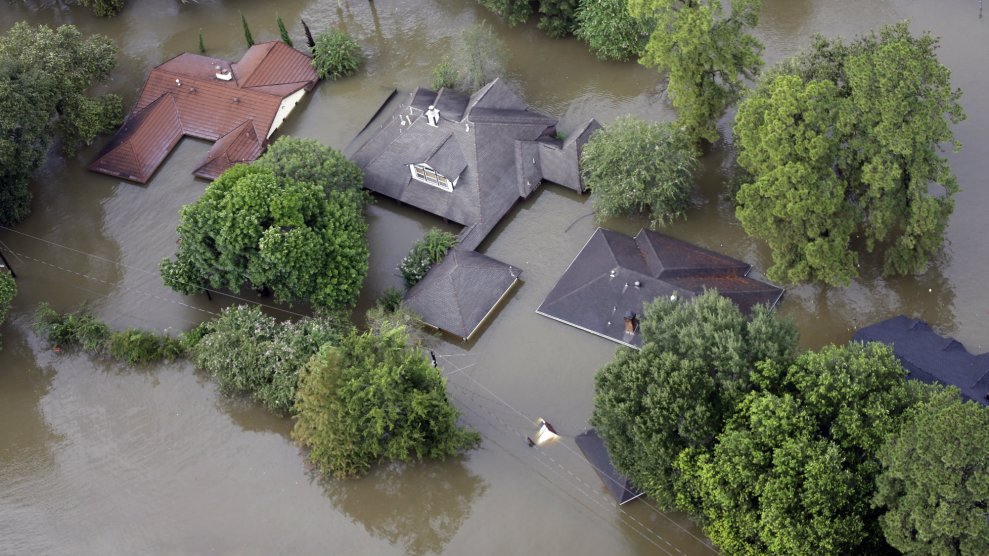 It has been a week since Harvey made landfall in Texas as a Category 4 hurricane, devastating Southeast Texas and causing dozens of deaths.

Even as the storm began to weaken as it moved northward this week, it continued to dump rain on the Louisiana-Texas border and threatened to bring more severe weather to parts of Mississippi, Tennessee and Alabama.

In Houston, waters have begun to recede, but tens of thousands of people remain sheltered, their homes flooded and without power, their lives turned upside down.

While the full impact from a storm with the power and enormity of Harvey is difficult to fathom and is still being calculated, the numbers below help to put it into perspective.

The estimated number of gallons of rain water dumped over Texas and Louisiana over the last six days. It’s nearly impossible to imagine a volume of water that enormous, but some tried to give it scope. CNN’s Jim Sciutto said that much water could fill the Houston Astrodome 85,000 times, a local ABC affiliate calculated that the water could supply New York City for more than five decades, and Paul Deanno, chief meteorologist for a San Francisco CBS affiliate, said just half of that total rainfall could have ended the state of California’s drought in just three days.

The number of storm-related fatalities that have been confirmed to date. The death toll has continued to rise in the days since Harvey made landfall and it’s expected to increase further.

The number of inches of rainfall measured by a gauge in Cedar Bayou, near Mont Belvieu, Texas, according to researchers at the National Weather Service. That’s now the greatest amount of rainfall over land for a single storm in continental U.S. history. It fell just short of the all-time record. According to NOAA’s data, the wettest tropical cyclone record still belongs to Hurricane Hiki, which developed off the coast of Hawaii in August 1950 and dropped 52 inches of rain.

The number of people forced out of their homes and currently sheltered in the state of Texas in 239 facilities, according to the Texas Department of Public Safety’s Thursday report.