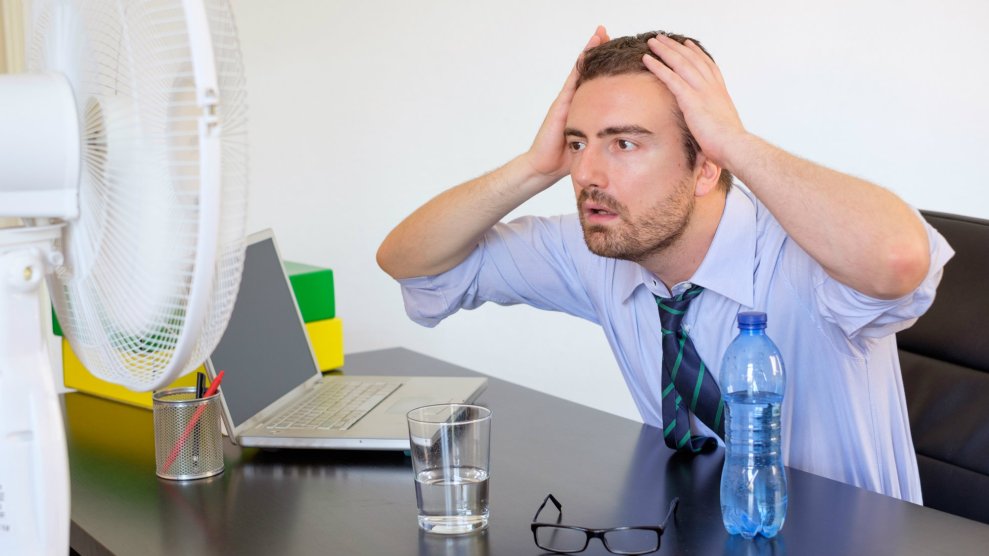 Last month was the third-hottest June on record globally, temperature data suggest, confirming 2017 will almost certainly make a hat-trick of annual climate records, with 2015, 2016 and 2017 being the three hottest years since records began.

The figures also cement estimations that warming is now at levels not seen for 115,000 years, and leave some experts with little hope for limiting warming to 1.5C or even 2C.

According to new figures from the US National Oceanic and Atmospheric Administration (NOAA), June 2017 was the third-hottest June on record, beaten only by the two preceding Junes in 2015 and 2016.

The NOAA data show combined land and sea-surface temperatures for June 2017 were 0.82C above the 20th century average, making a string of 41 consecutive Junes above that average.

The data line up closely with NASA figures released last week, which are calculated slightly differently, finding the month was the fourth-hottest on record – with June 1998 also being warmer in their data set.

Based on the NASA data, climate scientist and director of Nasa’s Goddard Institute for Space Studies Gavin Schmidt estimated that 2017 was probably going to be the second-warmest year on record after 2016, but would almost certainly be among the top three hottest years.

With update to Jun, 2017 will almost certainly be a top 3 year in the GISTEMP record (most likely 2nd warmest ~57% chance). pic.twitter.com/jiR6cCv1x8

The June data see all of the first six months of 2017 sitting among the three warmest months on record, making it the second-hottest first half of a year on record—again, beaten only by the previous year.

The near-record temperatures continued this year despite the passing of El Niño, which normally warms the globe, and its opposite—La Niña—currently suppressing temperatures.

The warming trend is almost certainly caused by greenhouse gas emissions—mostly the result of burning fossil fuels—with many studies showing such warm years would be almost impossible without that effect.

Last year, Michael Mann from Pennsylvania State University published a paper showing the then-record temperatures in 2014 would have had less than a one in a million chance of occurring naturally.

“We have a follow-up article that we’ve submitted showing that the likelihood of three consecutive record-breaking years such as we saw in 2015-2017 was similarly unlikely,” he told the Guardian over email. “In short, we can only explain the onslaught of record warm years by accounting for human-caused warming of the planet.”

Andy Pitman from the University of New South Wales in Sydney, Australia said the onslaught of very rapid warming in the past few years is likely a result of the climate system “catching up” after a period of relative slow warming caused by natural variability—the so-called “hiatus”.

“I do not think the recent anomalies change anything from a science perspective,” he said. “The Earth is warming at about the long-term rates that were expected and predicted [by models].”

But Pitman said the ongoing trend was “entirely inconsistent” with the target of keeping warming at just 1.5C above pre-industrial temperatures.

Current trends suggest the 1.5C barrier would be breached in the 2040s, with some studies suggesting it might happen much sooner.

“It would be a good idea to cut greenhouse gas emissions rather faster than we are.”