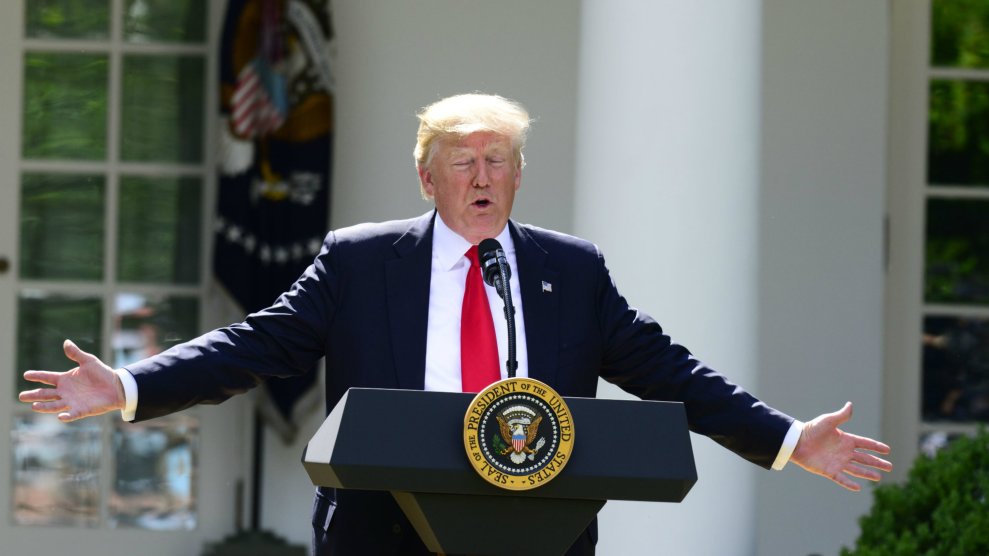 President Donald Trump announced plans to withdraw from the Paris climate accord on Thursday with a White House speech that made the historic agreement sound like a trade deal, which it isn’t. But that was just one of the thorns in his Rose Garden statement.

The nonbinding pact to reduce planet-warming emissions, approved by every country but Syria and Nicaragua, commits its signatories to slashing greenhouse gas outputs and coming back to the negotiating table every five years to seek more ambitious goals with the hope of staving off the most catastrophic effects of global warming.

Trump did not discuss climate science nor the dire consensus among nearly all peer-reviewed climatologists that emissions from burning fossil fuels, industrial farming and deforestation have put the planet on course to warm beyond the point where the climate will be irreversibly changed by the end of the century.

By that sheer omission alone, the speech was misleading. Here are nine more things that Trump got wrong:

1. “The cost to the economy at this time would be close to $3 trillion in lost GDP.”

That estimate came from a report that “does not take into account potential benefits from avoided emissions.” The study was paid for by the American Council for Capital Formation and the U.S. Chamber of Commerce ? two groups that represent major polluters and have long lobbied against climate policies. The assessment outlined in the report is based on what the Natural Resources Defense Council in March described as “a fictional scenario that does not reflect any current proposals or realistic plans to achieve our climate goals.”

“By design, the Chamber study intentionally imposes the most stringent greenhouse gas regulations on the sectors that would face the highest costs per ton of GHG reduction,” Kevin Steinberger and Amanda Levin, experts at the NRDC, wrote in a blog post. “This scenario greatly exaggerates the likely costs of any future program to achieve the economy-wide reductions set forth in the Paris Agreement, because any real program to meet those goals would be designed with cost-saving flexibility the Chamber deliberately left out.”

The Paris Agreement is legally nonbinding, meaning the United States can’t be punished for failing to meet the 26 percent to 28 percent commitment made in 2015. Despite arguments from the White House to the contrary, legal experts said the U.S. could have negotiated a lower emissions target while remaining in the voluntary agreement. 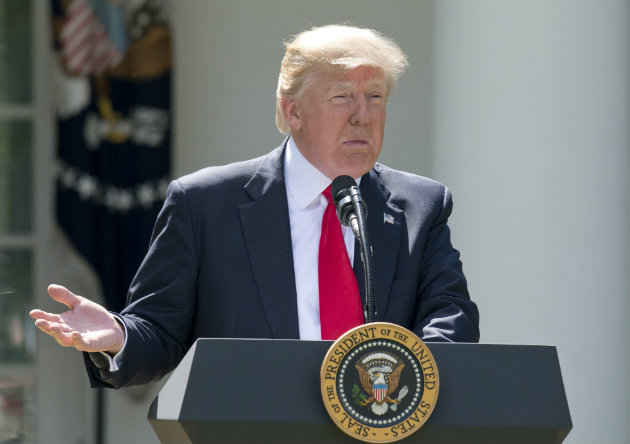 President Trump made good on his campaign promise to withdraw from the pact. Rex Features via AP Images

The implication here is that China plans to continue increasing its emissions. But a study last year found that Chinese emission have peaked and were forecast to fall by 1 percent in 2017. The accuracy of official Chinese data is often called into question, with good reason. But a handful of independent studies over the past three years have corroborated the decline in Chinese emissions.

Backing this up, China has aggressively moved to invest in renewable energy over the past few years. In January, the country set aside $360 billion for clean energy investment over the next four years and canceled plans for 103 new coal-fired power plants. As a result, China’s own coal mining regions are suffering thousands of job losses.

4. “In short, the agreement doesn’t eliminate coal jobs. It just transfers those jobs out of America and the United States, and ships them to foreign countries.”

For starters, the text of the Paris Agreement never mentions coal. And while President Barack Obama’s plan to limit emissions from coal-fired plants in the U.S. may not have helped the struggling industry, its own executives admit that competition from natural gas and declining demand abroad is responsible for the loss of coal mining jobs.

To make any sort of comeback, the coal industry needs to export to countries such as India, where coal remains a popular fuel source. The diplomatic repudiation that comes with backing out the Paris Agreement could make that more difficult.

“The future is foreign markets, so the last thing you want to do if you are a coal company is to give up a US seat in the international climate discussions and let the Europeans control the agenda,” a U.S. official told The Independent in April.

5. “This agreement is less about the climate and more about other countries gaining a financial advantage over the United States.”

The absurdity of this statement aside, the U.S. took the lead in brokering the Paris Agreement in order to attain more favorable terms for America than existed in previous climate deals. Under the 1997 Kyoto Protocol, for example, developing countries were excluded from slashing emissions. That was part of President George W. Bush’s justification for refusing to implement the deal in 2001.

“But in the case of Paris, it’s inexplicable why we would be leaving,” Susan Biniaz, the State Department’s former lawyer on climate change issues, told HuffPost Thursday. “We negotiated it largely to U.S. specifications and to fix the Kyoto problems.” 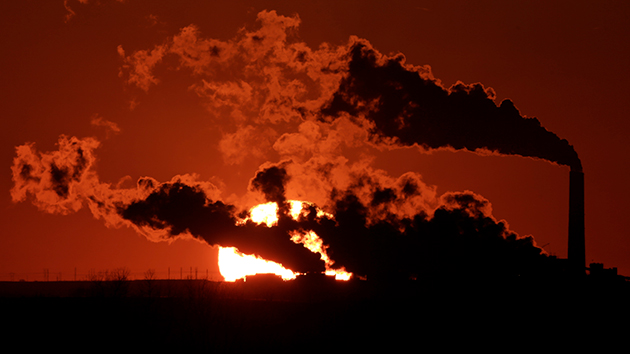 Coal-fired plants are not mentioned in the Paris Agreement. Anonymous/AP Photo

6. “Yet, under this agreement, we are effectively putting these [energy] reserves under lock and key, taking away the great wealth of our nation ? it’s great wealth, it’s phenomenal wealth.”

Natural gas, made cheap by a drilling technique known as hydraulic fracturing, or fracking, is largely responsible for the U.S. already shrinking its carbon footprint by 12 percent below 2005 levels. (The country committed to lowering that number to 26 percent to 28 percent under the Paris Agreement). Nothing in the accord prevented the U.S. from extracting fossil fuels. There are ways to extract oil and gas responsibly. The problem is the Trump administration doesn’t seem keen on doing that. In one of its first moves, the Trump EPA scrapped a rule requiring oil and gas companies to report leaks of methane, a potent natural gas that can trap 30 times as much heat in the atmosphere as carbon dioxide.

7. “At 1 percent growth, renewable sources of energy can meet some of our domestic demand. But at 3 or 4 percent growth, which I expect, we need all forms of available American energy, or our country will be at grave risk of brownouts and blackouts. Our businesses will come to a halt in many cases. And the American family will suffer the consequences in the form of lost jobs and a very diminished quality of life.”

This appears to be based on a controversial study led by Energy Secretary Rick Perry into power grid reliability. For starters, the study failed to consult any actual grid operators. The report is being run by a right-wing think tank operative. As Vox’s David Roberts points out, the entire review is a political attack on renewables that depicts zero-emissions energy sources as “unreliable” now that it is no longer possible to argue that they can’t compete on price. Moreover, the real source of base-load problems, as Roberts notes, is natural gas, though it’s unlikely that anyone in the Trump administration would anger gas companies by concluding this.

8. “Beyond the severe energy restrictions inflicted by the Paris accord, it includes yet another scheme to redistribute wealth out of the United States through the so-called Green Climate Fund ? nice name ? which calls for developed countries to send $100 billion to developing countries all on top of America’s existing and massive foreign aid payments. So we’re going to be paying billions and billions and billions of dollars, and we’re already way ahead of anybody else.”

The U.S. committed just $3 billion to the fund under Obama. So far, $1 billion has been paid. That’s worth the same as 62 miles of a border wall that could stretch more than 1,000 miles.

9. “I was elected to represent the citizens of Pittsburgh, not Paris.”

During the 2016 presidential election, Democratic nominee Hillary Clinton won Pittsburgh with 80 percent of the vote. By contrast, Trump won the Texas county that includes Paris by 78 percent, with 14,561 votes to Clinton’s 3,583.