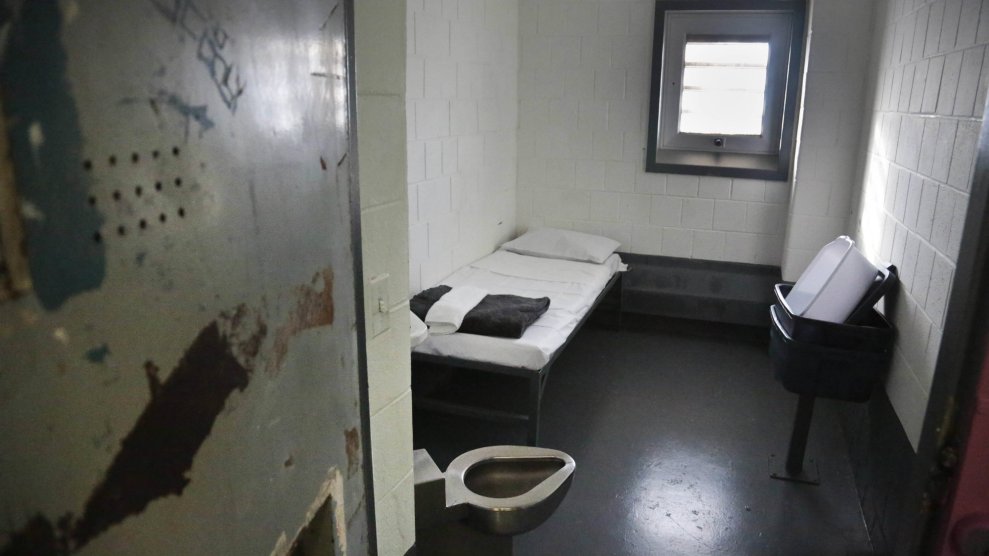 Environmental hazards are having a massive affect on one of society’s most marginalized groups: The incarcerated.

According to a new investigation from Earth Island Journal  and Truthout, mass incarceration has led to some of the most egregious examples of environmental injustice. “[M]ass incarceration in the US impacts the health of prisoners, prison-adjacent communities, and local ecosystems from coast to coast,” the authors of the special report said.

Prisons are often located in areas with known environmental hazards. Nearly 600 federal and state prisons are within three miles of a Superfund site on the National Priorities List, and more than  100 of those are just one mile from a site.

“When trees have been cut down…and everything has been contaminated and poisoned in the process, the final solution is, okay now we’re going to build a prison here,” Paul Wright, the executive director of the Human Rights Defense Center, a non-profit that advocates for rights of prisoners, told Earth Island Journal.

“When trees have been cut down…and everything has been contaminated and poisoned in the process, the final solution is, okay now we’re going to build a prison.”

Consider State Correctional Institute-Fayette, a men’s prison in rural Pennsylvania, which opened in 2003 on what used to be one of the largest coal preparation plants in the world. In the 1940s through the 1970s, the coal was washed and graded and sent off to power plants while the refuse was dumped on and around the site. By the time the plant was abandoned in the mid-1990s, 40 million tons of coal refuse had been dumped along with contaminants such as arsenic and mercury.

In 1996, the site was purchased by a company that began dumping coal ash, the waste from burning coal. Coal ash contains high concentrations of mercury, lead, arsenic and other heavy metals and minerals and can lead to respiratory problems, heart problems, brain damage, liver damage, different types of cancer, and much more.

Soon after the coal ash dumping began, members of the small, rural community started to complain about respiratory problems, kidney failures, and different types of cancer. These concerns did not stop the state choosing this site for its new maximum-security prison.

After the prison was built, and 2,000 inmates were housed, they began to have similar complaints. Not only were they coping with the same contaminates in the air and in the ground, the prison’s boiler system burns coal for power and there’s a coal “terminal” next to the prison that transfers millions of tons of coal every year.

In 2014, a public-interest law firm released a report detailing the health problems at the prison. 81 percent of the 75 prisoners who responded to a survey said they suffered from respiratory, throat, and sinus conditions; 68 percent experienced stomach problems and more than half said they had adverse skin conditions. Notably, of the 17 prisoners who died at the prison between 2010 and 2013, 11 died of cancer.

In California, inmates are getting sick from an illness known as valley fever, which is caused by a fungus found in the soil in the state’s central valley region and spread by breathing in dust particles. People of color are more at risk of contracting the disease which comes with flu-like symptoms. In 2015, Mother Jones explained why prisoners are more at risk:

In California, the quirks of valley fever’s pathology have collided with the state’s habit of jailing a disproportionately large number of black and brown people. For years, the California Department of Corrections and Rehabilitation housed many of these minority inmates in prisons scattered throughout the dusty, endemic areas of the Central Valley. Thousands fell ill and dozens died. The story of their suffering is one of incompetence and outright negligence—it’s the story of how the state of California left thousands of its charges to suffer while under its care.

According to the investigation, more than 3,500 inmates in California have fallen ill with valley fever. More than 50 of those cases were fatal.

The environmental problems at US prisons are not confined to external factors. In 2011, during a record-breaking heat wave in Texas which killed 10 inmates statewide, prisoners were told to drink more water. But at the Wallace Pack Unit, a prison incarcerating mostly elderly and disabled inmates, the water contained between two-and-half to four-and-a-half times the level of arsenic permitted by the Environmental Protection Agency. For 10 years, inmates drank the poisoned water. Last year, a federal judge ordered the state to deliver clean water for inmates.

Poisoned water inside of prisons is a nationwide problem. According the EPA’s enforcement database, more than 1,100  informal actions and 78 formal actions were brought up against prisons, jails, and detention centers under the Safe Drinking Water Act.

And those are just the numbers the authors could track down. “The database, which did not include penalty information for those enforcement actions, gives just a glimpse of the actual extent of environmental violations at prisons,” wrote the authors. “It’s possible that many more violations simply aren’t reported.”