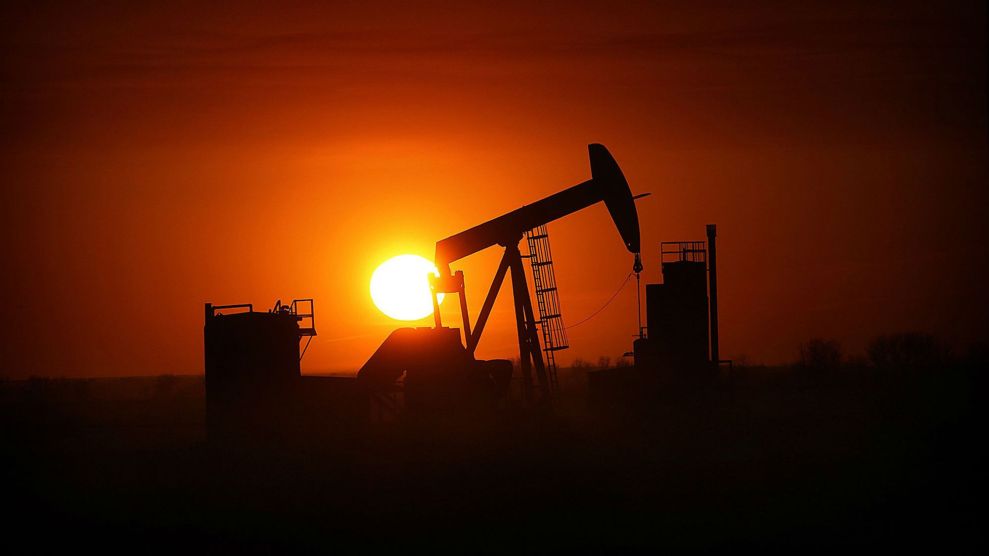 Some of our most iconic national parks—the Great Sand Dunes, the Everglades, and the Grand Tetons—are in danger of becoming the newest hotspots for oil and gas drilling in United States.

In late March, President Trump signed his 19th executive order, titled “Promoting Energy Independence and Economic Growth,” which in addition to rolling back a number of Obama-era climate polices may also make it easier for energy companies to drill in America’s national parks.

Buried in the 2,300-word executive order is a sentence directing the Secretary of the Interior, Ryan Zinke, to review the rules which regulate oil and gas drilling in national parks and to repeal, suspend, or rescind them if they are found inconsistent with the president’s energy goals.

The move has environmentalists in an uproar. “These are not burdensome regulations by any means,” said Nicholas Lund, Senior Manager for the National Park Conservation Association. “They require really just a reasonable amount of work on the part of the operator to protect the park.”

“We’re really surprised and disappointed to see the administration come after national parks this way,” Lund said. “With all that’s going on in the world, drilling in our national parks should just not be a priority.”

The rules under review are known as the National Park 9B Regulations, officially called the “General Provisions and Non-Federal Oil and Gas Rights.” They come into play when the federal government owns the rights to the surface of the land, but private individuals own the mineral rights below the surface, a situation known as “split estate.”

Established in 1978 and updated in 2016, these rules entail a number of basic safety and environmental standards to limit the impact of drilling operations in national parks; things like requiring operators to use least damaging methods, submit plans to the park, and put up bonding money to restore the site after the drilling is done.

“This issue has been dormant for 40 years because amongst Democrats and Republicans there’s a consensus that we shouldn’t drill in our national parks.”

Few people know that there is drilling going on in our national parks at all. Currently, there are 534 active oil and gas wells spread out among 12 national parks. There are an additional 30 national parks with split estate lands that have not been drilled yet, but may be in the future, especially if the 9B rules are repealed or watered down during this review process.

The updates passed under the Obama administration removed exemptions that allowed 319 wells (or 60% of the existing wells) to operate without approval or oversight from the National Park Service. The revised rules also lifted the bonding cap on the money required from operators to clean and close wells. That cap was set at $200,000 dollars in 1978, a fraction of what it would cost today to close a mine and restore the land to its natural state. Taxpayers would be stuck paying the difference. The National Park Service estimates that tax payers would end up paying $12 million to clean up after energy companies without the 2016 updates.

Athan Manuel, Director of the Land’s Protection Program for the Sierra Club in Washington, said that he’s surprised the issue of drilling in national parks is even on the table. “This issue has been dormant for 40 years because amongst Democrats and Republicans there’s a consensus that we shouldn’t drill in our national parks,” Manuel said. “I can’t stress enough how dormant this issue was. This administration is just so incredibly pro-fossil fuels, pro-coal, pro-gas, they’ll even consider endangering our most special places.”

Under Trump, the risks are growing

This isn’t the first instance that these longstanding rules have come under fire under the new administration. Earlier this year, Arizona Rep. Paul Gosar introduced House Joint Resolution 46, which calls for the repeal of the 2016 updates to the 9B rules through a process called the Congressional Review Act. If the resolution is successful, the 2016 updates will not only be repealed, but the Park Service will be barred from ever changing them again. No vote has been scheduled for Gosar’s bill yet.

During his most recent visit to Glacier National Park, Interior Secretary Zinke boasted that attendance at National Parks was at all-time high, indicating that the blowback would be quite substantial should he choose to ease the way for drilling in treasured parklands. A spokesperson for the Department of the Interior, Heather Swift, assures critics that Zinke has no intention of doing that.

“Secretary Zinke has made his love of our parks clear,” Swift said in an email. “Interior is reviewing a number of rules and regulations under the executive order and secretarial orders and has no plans to loosen regulations and protections on energy development in national parks nor allow new development in additional parks.”

A lot rests on Zinke’s shoulders

Still, the former Montana congressman’s mixed track record on environmental issues has some conservationists skeptical. Identifying himself with the founder of our national park system, Theodore Roosevelt, Secretary Zinke has in the past broken with the Republican leadership over certain conservation issues, voting against the sale of public lands and supporting the land and water conservation fund.

But while Zinke may be against the sale of public lands, he seems to have no problem with drilling, mining, and logging on them.

“Overall he’s got a terribly anti-environmental record,” said Alex Taurel, Deputy Legislative Director for the League of Conservation Voters, the environmental advocacy organization that gave Zinke a score of 4% on their National Environmental Scorecard. “His record as a Congressman was so pro-oil and gas development on public lands and water. I don’t think we’ve seen him voting against anything that has to do with drilling or coal development.”

“This administration is just so incredibly pro-fossil fuels, pro-coal, pro-gas, they’ll even consider endangering our most special places.”

With Trump’s push to dismantle environmental policies and open up public lands for energy development, Zinke is a man who will no doubt be in the spotlight again and again on issues like the abolishment of Bear’s Ears National Monument and the expansion of offshore drilling. Or, perhaps just more awkward photo ops, like the one with Harper’s Ferry Park Superintendent Tyrone Brandyburg receiving a portion of Donald Trump’s paycheck from White House Press Secretary Sean Spicer.

Zinke has already complied with one of Trump’s directives, overturning the 2016 moratorium on new coal leases on federal land, and has begun the agency review of the 9B rules. The Department of the Interior could provide no information on the timeline of that review.

“We are not confident that he will stand up to keep areas, whether they’re parks or not, from being leased by the oil and gas industry for drilling and fracking,” Athan Manuel said, but he hopes the Interior Secretary proves him wrong. “This issue, whether or not he stands up for our national parks, will be a key test for him.”