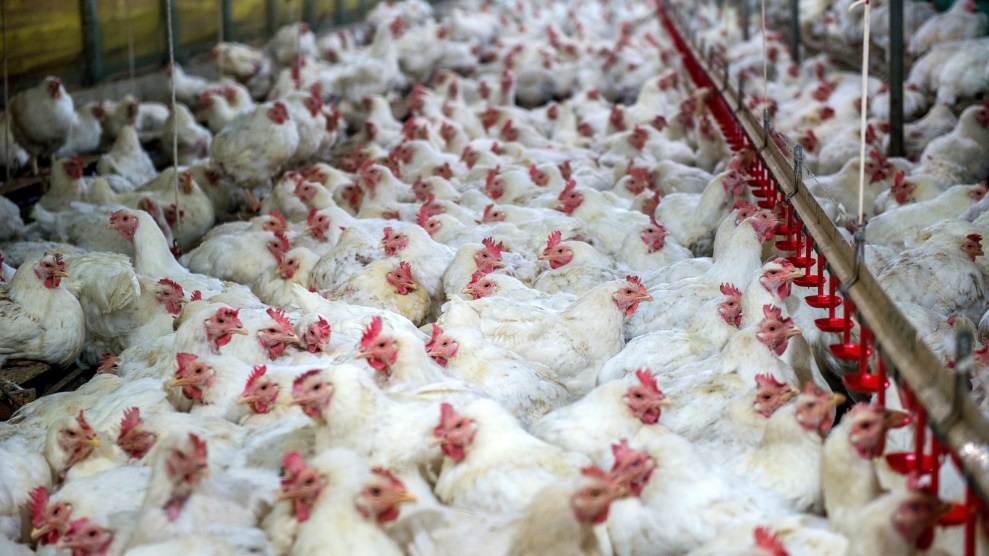 For the second time in three years, a strain of avian flu is on the move through large-scale US chicken farms, alighting in Tennessee last week and more recently (in a milder form) in neighboring Alabama. Neither are known to infect humans.

Meanwhile, President Donald Trump and the GOP-dominated Congress are mulling deep budget cuts to the Centers for Disease Control and Prevention, the federal agency that tracks such flu outbreaks and works with the US Department of Agriculture and local authorities to “minimize any human health risk” they cause.

Speaker of the House Paul Ryan’s plan to repeal the Affordable Care Act would eliminate a federal program called the Prevention and Public Health Fund, which provides the CDC with $891 million in annual funding, about an eighth of its budget. The cuts wouldn’t directly affect the CDC’s flu response program, but as Stat News notes, the CDC “would have a big hole to fill” if the Prevention and Public Health Fund dried up. That’s because it provides funding to crucial functions like promoting vaccines ($300 million for that alone), and the shortfall would have to be made up from other programs—putting the whole agency, potentially including the flu-tracking program, under budgetary stress.

Meanwhile, Trump isn’t expected to provide any additional funding for the CDC when he releases his proposed budget later this week. The opposite, in fact. The president has already announced his intention to boost military spending by $54 billion annually and offset it with an equal level of cuts from federal programs.

So the federal agency responsible for keeping the public safe from avian flu is looking at some serious budget stress going forward. According to the CDC, the risk that people will come down with the flu strain is “low,” but it still sees fit to work with the Department of Agriculture and state authorities on tracking outbreaks.

And public health officials have been warning for decades that massive livestock confinements make an ideal breeding ground for new virus strains. In its authoritative 2009 report, the Pew Commission on Industrial Farm Animal Production warned that the “continual cycling of viruses and other animal pathogens in large herds or flocks increases opportunities for the generation of novel flu viruses through mutation or recombinant events that could result in more efficient human-to-human transmissions.” It added, “Agricultural workers serve as a bridging population between their communities and the animals in large confinement facilities.”

In Asia, a different strain of avian flu is circulating on poultry farms—and it sickened 460 people in China, causing 78 deaths, between the end of September 2016 and the end of February 2017, according to the World Health Organization. The CDC notes that most of those cases came from direct exposure to poultry, while person-to-person spread of the virus is “rare.” The nightmare scenario arrives when an avian flu strain mutates to both jump to people and spread easily among us.