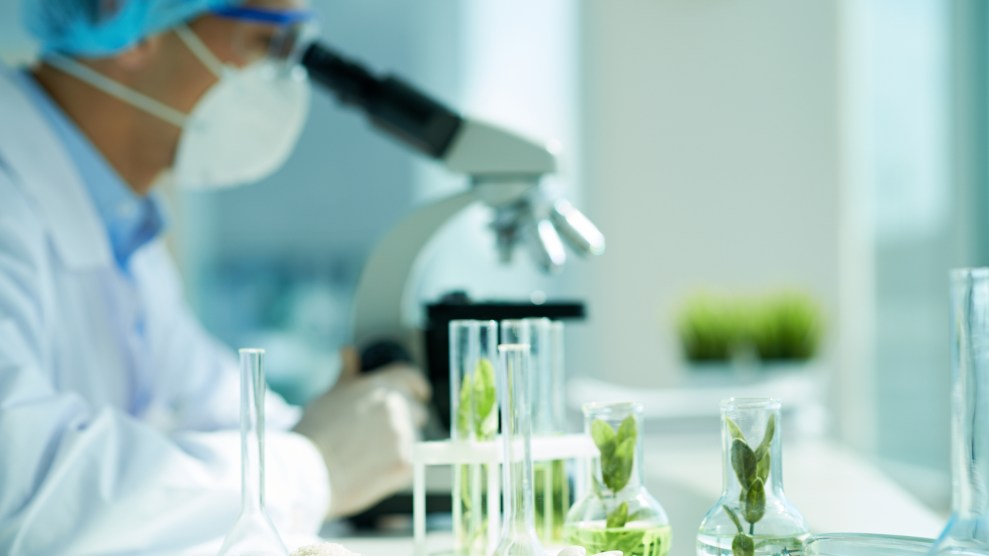 About a year ago, the prestigious National Academies of Sciences, Engineering and Medicine produced a 584-page report assessing the health, environmental, and agronomic impact of genetically modified crops. The conclusion: GMOs have so far proved to be neither a disaster nor a triumph. They haven’t been shown to pose a threat to human health, as some critics have argued they do; but they also haven’t discernibly raised crop yields, as some boosters insist they have.

Not surprisingly, the report did little to “end the highly polarized dispute over biotech crops,” concluded New York Times reporter Andrew Martin in an article just after the report’s release. He added that both sides of the debate “pointed approvingly to findings that buttressed their viewpoint and criticized those that did not.”

And a new paper, published in the peer-reviewed journal PLOS-One, ups the temperature of that long-simmering debate. The authors—Sheldon Krimsky, a professor in the Department of Urban and Environmental Policy and Planning at Tufts, and Tim Schwab, a researcher at Food & Water Watch—found that 6 of the 20 scientists who contribute to NASEM’s GMO report had ties to the ag-biotech industry that weren’t disclosed in the paper. Five of them “had patents or industry research funding” while they served on the committee, and another one “reported receiving industry research funding” a few years before.

As Krimsky and Schwab note, the NASEM paper states that the GMO assessment, launched only after face-to-face conversations, “determined that no one with an avoidable conflict of interest is serving on the committee.”

“No one person could steer the committee with an opinion,” wrote a lead author. “I welcome people to scrutinize the accuracy of our report.”

They also uncovered another undisclosed potential conflict: The National Academies of Sciences, Engineering and Medicine, a nonprofit institution, has had substantial funding from the very companies whose products were assessed in the report: “The organization’s annual financial reports do not give exact figures but note that three leading agricultural biotechnology companies (Monsanto, DuPont, and Dow) have given up to $5 million dollars each to the NASEM.” The National Academies even hosted a 2015 workshop on communicating the science of GMO crops to the public, funded in part by Monsanto and DuPont.

The PLOS-One findings do not invalidate the findings of the GMO assessment, of course. Having a financial interest in an industry does not automatically make a scientist incapable of commenting honestly on that industry’s products. Fred Gould, professor of entomology at North Carolina State University and the chair of the committee that wrote the report, defended it in an email. “The one implicit rule on our committee was that if you wanted something to go into the report, you had to back it up with evidence that was acceptable to everyone on the committee,” he wrote. “No one person could steer the committee with an opinion. I welcome people to scrutinize the accuracy of our report.” (Gould was not one of the six committee members found by the PlOS authors to have industry ties.)

However, NASEM’s published policy on the topic mentions “patents, copyrights, and other intellectual property” and “research funding and other forms of research support” as potential conflicts of interest. William Kearney, deputy executive director and director of media relations for NASEM, said the group sees such relationships as conflicts only when they’re worth at least $10,000. By NASEM’s reckoning, none of the committee members violated the group’s disclosure policy.

All of that said, the undisclosed relationships uncovered by Krimsky and Schwab raise questions about the NASEM’s ability to fulfill its mission of providing “nonpartisan, objective guidance for decision makers on pressing issues.” And as Krimsky and Schwab also note, the National Academies’ problem with conflicts of interest is long-standing. Back in 2006, the Center for Science in the Public Interest issued a report finding that nearly a fifth of the scientists appointed to one of the group’s panels over a three-year period had “direct financial ties to companies or industry groups with a direct stake in the outcome of that study.”