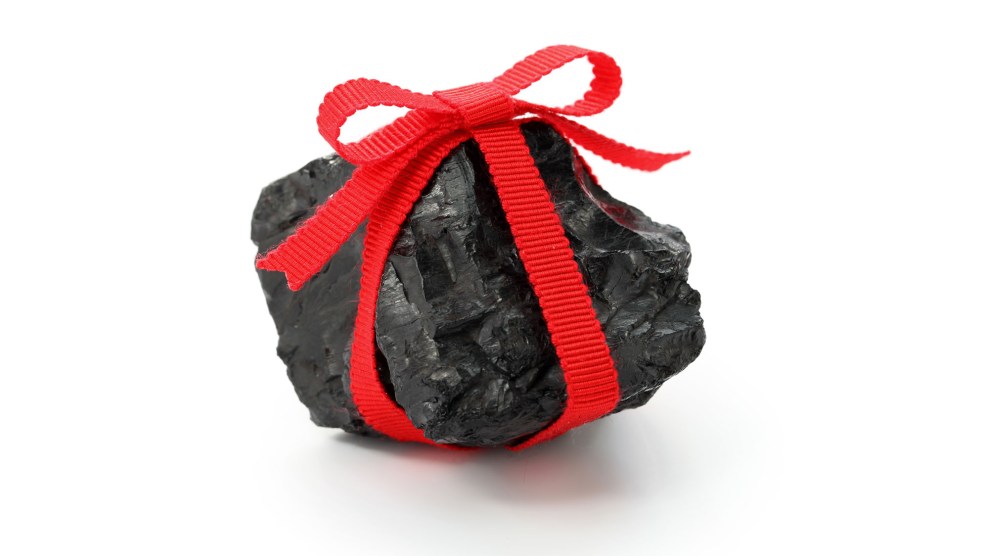 President Donald Trump’s Mar-a-Lago resort will host the opening reception Wednesday evening for a conference where a recently bankrupt coal company will be a guest of honor. The annual Distressed Investing Summit will bestow one of its “Restructuring Deal of the Year” awards to Arch Coal for clearing $5 billion in debt after it filed for bankruptcy in 2016.

“They emerged from bankruptcy in 2016 after shedding huge amount of debt, obligations to workers, and environmental cleanup,” Sierra Club’s Beyond Coal director Mary Anne Hitt says. “When a company is in bankruptcy, you don’t have a lot of leverage in there with all the lawyers and stakeholders. To have them feted at Mar-a-Lago as a turnaround is salt in the wound for workers and people representing the public interest.”

The summit, hosted by financial company The M&A Advisor, has held its opening cocktail reception at Mar-a-Lago for the past two years, ever since Trump emerged as a serious contender for president. In its invitation email, M&A Advisor names Arch Coal as one of its winners alongside a number of other firms, including energy companies Alpha Natural Resources, Midstates Petroleum Company, and Venoco, an oil and gas development company.

The agenda for roundtables that are held at a nearby hotel reads like a laundry list of Trump’s campaign themes: “Making America Great Again,” “Informing and Silencing The Media,” and the “Art of Dealmaking: Getting Deals Done In The New Economic Order.”

Not everyone agrees that Arch Coal’s 2016 bankruptcy deal warrants celebration. During the bankruptcy proceedings, environmental opposition forced the company to abandon its proposal that taxpayers should foot the entire bill to clean up its abandoned mines. The company also laid off hundreds of its miners that same year.

In the years before bankruptcy, United Mine Workers of America complained that Arch Coal moved 40 percent of its employees’ health care coverage to Patriot Coal, a volatile offshoot company. When Patriot went under, those health benefits were at risk and continue to be because of Arch Coal’s bankruptcy. Patriot and Arch Coal are only two examples of a larger problem. The union shop has been pressing Congress for a long-term solution for 22,000 miners’ benefits in jeopardy because of coal bankruptcies—an issue that won’t go away no matter what happens to federal environmental regulations.

The idea that the coal industry can recover is a cherished narrative for Trump. Earlier this week, at a campaign-style rally in Kentucky, the president claimed that he will “save our coal industry” and put miners back to work with executive orders that are expected any day. Trump likes to blame “terrible job-killing” regulations, but there are other pressures beyond federal regulation driving coal out of business, namely competitive natural gas.

Nonetheless, on Wednesday evening, a coal turnaround will be celebrated. Even though it might only be, as the Sierra Club’s Hitt notes, “one of many of the alternative facts they like to celebrate at Mar-a-Lago.”