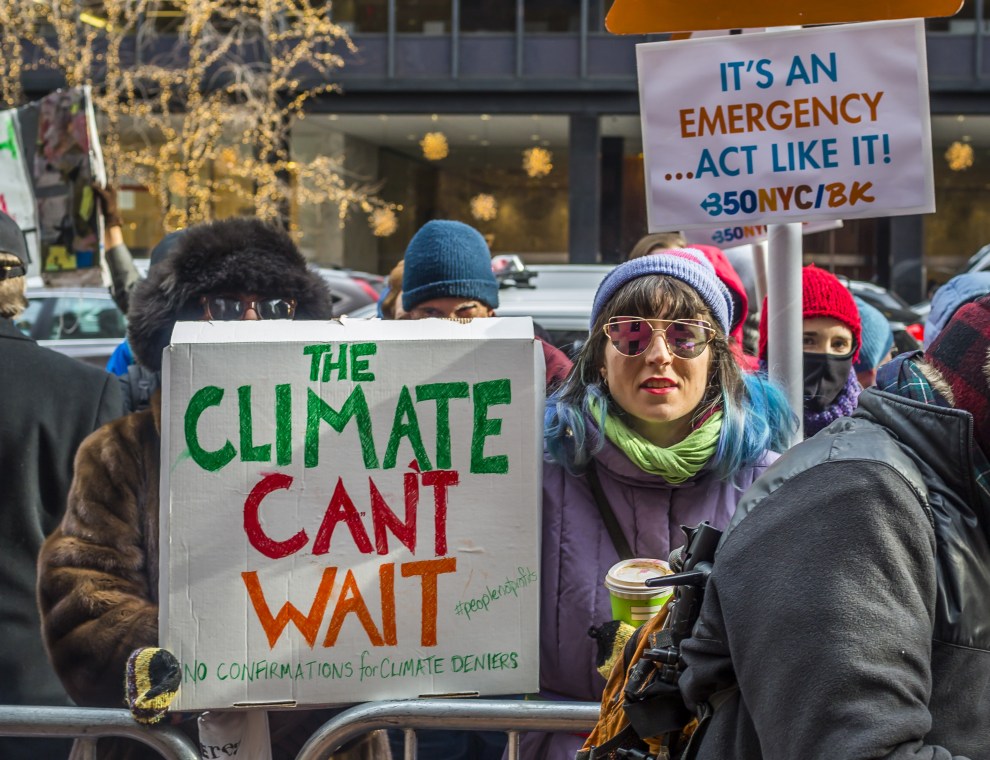 To fulfill his campaign slogan of “Make America great again,” Donald Trump must back the boom in green technology—that was the message from the leading climate figures ahead of his inauguration as president on Friday.

Unleashing US innovation on the trillion-dollar clean technology market will create good US jobs, stimulate its economy, maintain the US’ political leadership around the globe and, not least, make the world a safer place by tackling climate change, the experts told the Guardian.

The omens are not encouraging. Trump has called global warming a hoax and is filling his administration with climate change deniers and oil barons. But reversing action on climate change and championing fossil fuels will only “make China great again,” said one top adviser.

Here are the messages to Trump from some of the key figures the Guardian contacted.

Michael Liebreich, founder of analyst firm Bloomberg New Energy Finance who has advised the UN and World Economic Forum on energy: “If I had one minute with president elect Trump my message would be that the best way to ‘Make America great again’ is by owning the clean energy, transportation and infrastructure technologies of the future. Not only will this create countless well-paid, fulfilling jobs for Americans, but will also lock in the US’ geopolitical leadership for another generation.”

John Schellnhuber of the Potsdam Institute for Climate Impact Research in Germany, who has advised Angela Merkel, the Pope and the EU: “Mr. President, if you want to make China great again, you have to stay the course you have promised. I think it would be the end of US domination in innovation, in economics. If you try to take the US backwards to the days of mountain top removal [for coal] in West Virginia and all those things, then you will just make sure China becomes No. 1 in all respects. In the end, you would produce precisely what you promised to avoid to your electorate.”

Dame Julia King, an eminent engineer and one of the UK government’s official advisers at the Committee on Climate Change: “If President Trump wants to deliver greater job security for Americans, he should focus on clean and sustainable industries where the US has a competitive advantage. Those are the sectors that are set to prosper. He needs to build an economy for 2050, not one for 1950.”

Lord Nicholas Stern, a leading climate change economist at the London School of Economics: “If you want to make America great again, building modern, clean and smart infrastructure makes tremendous commercial and national sense. In the longer term, the low carbon growth story is the only growth story on offer. There is no long-term, high-carbon growth story, because destruction of the environment would reverse growth.”

Mark Campanale, founder of the Carbon Tracker Initiative think tank: “If you’re interested in quality, high paying and skilled jobs for the American middle classes, then renewable energy has to absolutely be the place to look. It’s a sector with more employees now than in the US coal industry and with a long way to grow.”

James Hansen, director of the Earth Institute at Columbia University: “If [Trump] wants to achieve the things that he claimed he would: improving the situation of the common man, the best way he could do this would be a program of a rising carbon fee with the money distributed to the public.”

Jennifer Morgan, co-executive director of Greenpeace International: “[Mr. Trump,] you might not realize it yet, but your action, or inaction, on climate will define your legacy as president. The renewable energy transformation is unstoppable and, if the US chooses to turn its back on the future, it will miss out on all the opportunities it brings in terms of jobs, investment and technology advances. China, India and others are racing ahead to be the global clean energy superpowers and surely the US, led by a businessman, does not want to be left behind.“

Alden Meyer of the Union of Concerned Scientists in the US: “Trump’s stance threatens to diminish America’s standing in the world and to weaken the ability of US companies and workers to compete in the rapidly growing global market for clean energy technologies.”

May Boeve, head of climate campaign group 350.org: “Quit. But if you have to stick around, realize that the clean energy economy is the greatest, biggest job creator in history.“

Some leading figures, who will have to deal directly with the Trump administration, chose more diplomatic messages to the new president, while emphasizing the vital need to act on global warming:

Patricia Espinosa, executive secretary of the UN Framework Convention on Climate Change—the UN’s climate chief: “I look forward to working with your new administration to make the world a better place for the people of the US and for peoples everywhere in this very special world.”

Scientist Derek Arndt, at the National Oceanic and Atmospheric Administration, presenting the temperature data showing 2016 was the hottest year on record: “We present this assessment for the benefit of the American people.”