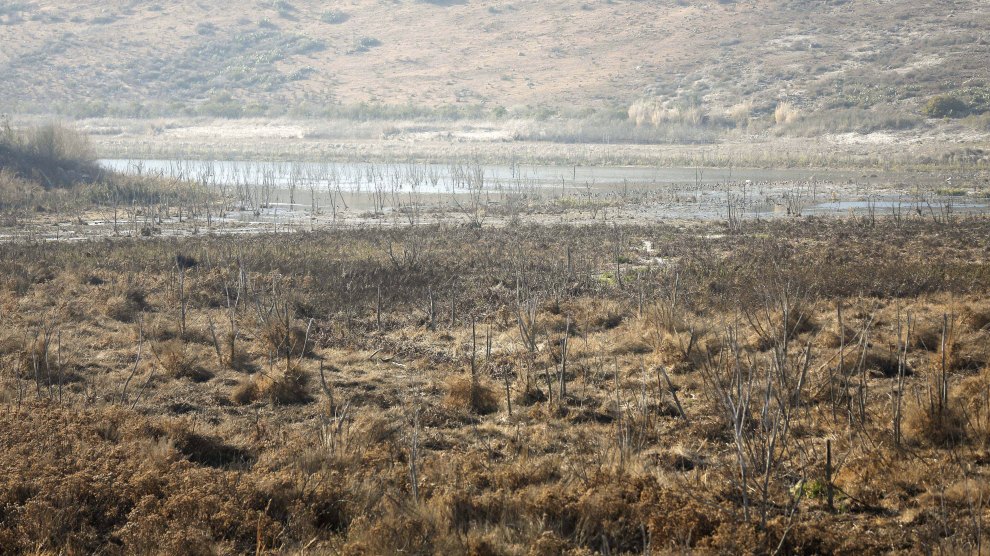 A controversial bill that would override environmental rules to supply farmers with more water from California’s ecologically sensitive Sacramento-San Joaquin River Delta sailed through the House of Representatives on Thursday. The bill may come up for a vote as soon as today in the Senate, where it is being championed by California senior Sen. Dianne Feinstein, a Democrat and powerful ally of agribusiness interests.

California’s other Democratic US senator, Barbara Boxer, staunchly opposes the bill and has threatened to filibuster it, potentially keeping her fellow senators from leaving for the year. It would be a dramatic last act for Boxer, an ally of environmental groups who is retiring this year after working closely with Feinstein in the Senate for 24 years. “I guess that’s how it goes,” Boxer said on the Senate floor this morning. “You come in fighting, you go out fighting.”

The contentious California provisions, which also include policies that would make it easier to build dams, were added on Monday by Bakersfield Republican Kevin McCarthy as a rider to the sprawling Water Infrastructure Improvements for the Nation Act, a popular bipartisan bill that would also provide aid to Flint, Michigan. The provisions reflect negotiations between Feinstein, California’s 14 Republican lawmakers, and a handful of Democrats.

The bill represents the culmination of a fight that has been brewing over the course of California’s six-year drought. It pits Central Valley farmers and Los Angeles area homeowners against environmental interests, fishermen, and farmers in the Delta region east of the San Francisco Bay Area. The Los Angeles Times‘ Sarah D. Wire summarizes the conflict. (Today she is following the hearings live on Twitter):

At issue is that the measure would allow officials at state and federal water management agencies to exceed the environmental pumping limits to capture more water during storms. Those limits have been a pet peeve of water contractors, including the Westlands Water District and the Metropolitan Water District of Southern California, which complained of water supplies “lost to the sea” during last winter’s heavy rains.

Federal biologists have said certain levels of water flowing through the delta are vital for native fish, which have suffered devastating losses during the state’s prolonged drought, and help maintain the quality of the delta’s freshwater supplies. In short, if fish are determined to have enough water, or are not near the pumps, the excess water could be sent to the south.

“When an act of Congress specifically supersedes peer-reviewed biological opinions that are the very mechanism of how the Endangered Species Act gets implemented, that is a grave undermining of the act,” Huffman said.

Feinstein, who chairs the Senate Appropriations Committee’s powerful energy and water panel, typically serves as the key negotiator on California-related water bills. Progressives often accuse her of ignoring environmental interests in favor of agricultural ones, particularly the billionaire California farmers Stewart and Lynda Resnick, who use more water than all the homes in Los Angeles combined. For more on Feinstein’s ties with the Resnicks, read our profile of them here.