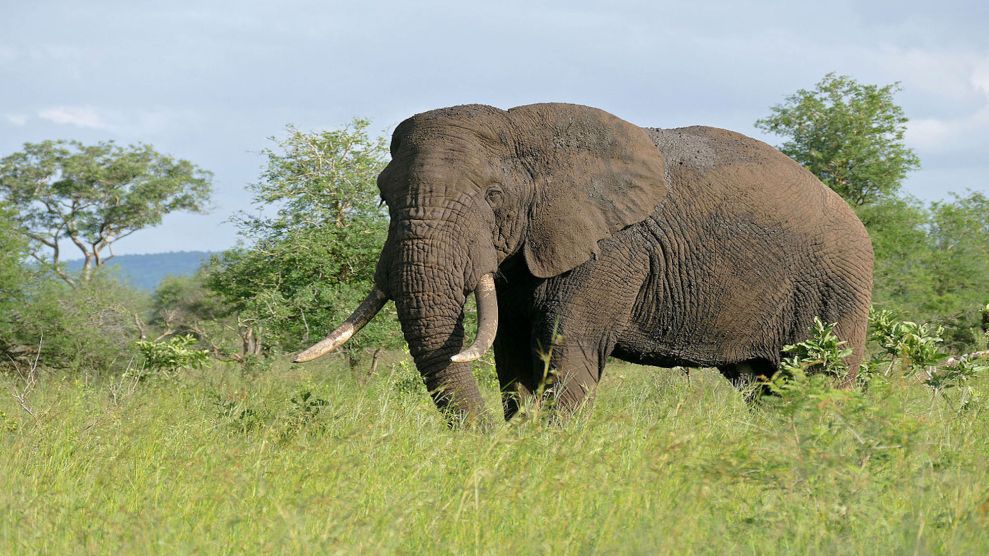 If 2016 was a rough year for the animal kingdom, 2017 could be worse. Most scientists agree that we are experiencing a sixth mass extinction, but unlike the previous five that extended over hundreds of millions of years and occurred because of cataclysmic natural disasters, humans are responsible for this one.

Climate change, agricultural expansion, wildlife crime, pollution, and disease have created a shocking acceleration in the disappearance of species. The World Wildlife Fund recently predicted that if current trends in population loss continue until 2020, around two-thirds of the vertebrate population—mammals, birds, fish, amphibians, and reptiles—may be lost compared to 1970 levels.* A 2015 study that appeared in the journal Science Advances suggests that the rate of vertebrate extinction has increased nearly 100 times. Paul Ehrlich, a professor of population studies at Stanford University and a co-author of the study, notes half the life forms that people know about are already extinct. Another study, published in the journal Current Biology, observes that some species are likely becoming extinct before scientists have a chance to discover and classify them. Researchers looking at Brazil’s bird populations found some already so threatened when they were discovered, they went extinct almost immediately. “That we have these examples,” the authors write, “may be by good luck: we will surely have missed many others.”

Scientists have cautioned against making sweeping overall estimates, rather than talking about risks for specific populations. As Duke University professor of Conservation Ecology, Stuart Pimm, observed, even though animal populations are “declining precipitously,” pinpointing exactly how many animals will be gone and the timeframe for their extinction doesn’t capture the complexity of the problem. “It’s bird populations in Europe, it’s fish in the Pacific,” Pimm says. “You can’t add those together and come up with a number that makes any sense.”

The International Union for Conservation of Nature (IUCN) has tried to show the scope of the problem in its Red List, a comprehensive roster of threatened species. Here are some of the highlights, including three species that went extinct last year and others to watch out for in 2017:

The Bramble Car melomys: This small Australian rodent that resembled an ordinary mouse was confirmed as extinct in 2016. It is the first known mammal to go extinct as a result of human-caused climate change. Its habitat on an island in the Great Barrier reef was assaulted by the rise of sea levels, coastal erosion, and flooding—all driven by climate change.

Rabbs’ fringe-limbed tree frog: In 2016, the appropriately named Toughie died in the Atlanta Botanical Garden. He was at least twelve years old, though his exact age is unknown. Toughie and another Rabb’s fringe-limbed tree frog were collected from Panama in 2005 for research on chytrid fungus, a deadly fungus that has been ravaging amphibian populations in the region. Amphibians, like Toughie, have the highest rate of endangerment, with a third of known species being at risk of extinction. Toughie became the face of the amphibian extinction crisis as visitors to his enclosure knew they were looking at the last of his kind.

Toughie became the face of the amphibian extinction crisis as visitors to his enclosure knew they were looking at the last of his kind.

Dolphins and porpoises: There has been a lot of alarming news about the ocean recently: A UN report found that ocean acidification is up around 26 percent, and more than half of the sharks and rays in the Mediterranean are at risk of extinction. But, in 2016, with a population of only three, the Irrawaddy dolphin in Laos was declared “functionally extinct.” The announcement came after a World Wildlife Fund survey of Cambodia and Laos determined there were not enough mating pairs for the species to survive. Resembling Flipper—except with a bulbous face instead of a bottle nose—this sea faring mammal’s extinction is blamed on gill nets, a type of netting used by commercial fishermen that trap fish by their gills. Dolphins are caught in the nets and drown.

Vaquita, or “Little cow” in Spanish, is the smallest species of porpoise, and the remaining few live in the Gulf of California. Vaquita are so rare that some people who live on the Gulf don’t believe they exist, according to a recent Vaquita documentary. In May, a Conservation Biology acoustics survey found that there are only 60 left. Now, some have dropped the estimate to fewer than 50. Like the Irrawaddy dolphin, they are victims of gill net fishing.

African Grey Parrot: In December 2016, the International Union of Concerned Naturalists revealed that 11 percent of newly discovered bird species were already threatened and changed the status of others, such as the African Grey Parrot, from “vulnerable” to “endangered.” Highly intelligent and capable of mimicking human speech, the African Grey Parrot’s population has shrunk by as much as 99 percent in some places because of habitat loss and trapping. Perhaps the most famous member of this species was Alex, the subject of intelligence studies at Harvard and Brandeis universities who, when he died in 2007, knew more than 100 English words.

Giraffes: Bad news for the planet’s tallest land creature was announced before the end of 2016: Giraffe populations are plunging in what scientists call a “silent extinction” due to poaching and habitat loss. (The extinction is “silent” because we had largely failed to notice their plummeting population.) Previously, the IUCN’s Red List had given them a “least concern” rating. News that their populations have dropped by as much as 40 percent since 1985 has caused their status to be changed to vulnerable.

Jaguars and most large cats: The protection of all big cats will be important in the coming years, as populations continue to plummet. The African lion population, for example, has dropped 90 percent. At the end of December, a study from the journal Proceedings of the National Academy of Sciences reported that the fastest land animal on earth, the cheetah, now only has a worldwide population of about 7,000. That’s down from its population of about 100,000 a century ago. The study attributed the drop to habitat loss: Cheetahs have lost 91 percent of their range.

Large cats are also endangered in our own backyard. “El Jefe,” who was named by Arizona school children, is the only known wild jaguar in the United States, but it is an elusive animal whose exact whereabouts are often unknown. In February, the Center for Biological Diversity released a video of the enormous cat slinking through the mountainside in the Santa Rita mountains outside of Tuscon. Randy Serraglio, a biologist at the Center for Biological Diversity who tracks El Jefe, suggests the animal has likely migrated to Mexico in search of mates. Once there, it faces other dangers from ranchers, who kill jaguars for sport or out of concern for their livestock, Mexican newspapers reported. Back in the US, a Canadian mining company might threaten El Jefe’s habitat by developing a massive open pit copper mine through its territory in Arizona. On top of all that, should Donald Trump actually make good on his proposed border wall, jaguar migratory patterns would be disrupted.

Rhinos: These massive mammals have long been hunted for their horns, which are erroneously believed to have healing properties. The western black rhino is already extinct and there are only three northern white rhino left. There is still a small population of Javan Rhinos in Indonesia, but two other subspecies, one in Vietnam, have also gone extinct. In 2016, numbers showed that the previous year was the worst year ever for rhino poaching. Given the trends, scientists predict that the entire wild rhino population will go extinct between 2021 and 2031. Many of the horns already on the market are fake, and some companies are trying to deal with the crisis by flooding the rhino horn market with 3-D prints of rhino horns, under the dubious assumption that this will make poaching less lucrative. However, some conservationists argue that it could actually make things worse by removing the stigma about using the horn and making it harder for law enforcement officers to track poachers.

Yellow-faced honeybee: Seven species of Hawaii’s yellow-faced bees made it onto the endangered species list last year, but more than a quarter of the bee population in the US is also in trouble. This has potentially devastating consequences for the planet’s food supply: Bees are responsible for pollinating more than a third of the world’s food.

The African elephant: The Endangered Species Coalition reports that the population of the largest land animal in the world—once 10 million strong—has fallen to about 400,000. The Great Elephant Census, a pan-African census that collects data using small planes, reports that the Savannah elephants have lost nearly a third of their population in the last seven years. The population drop is attributed to ivory poaching and loss of habitat. If poaching continues at its current rate, there will be no African elephants in 20 years.

*This sentence has been clarified to more accurately characterize the World Wildlife Fund’s prediction.