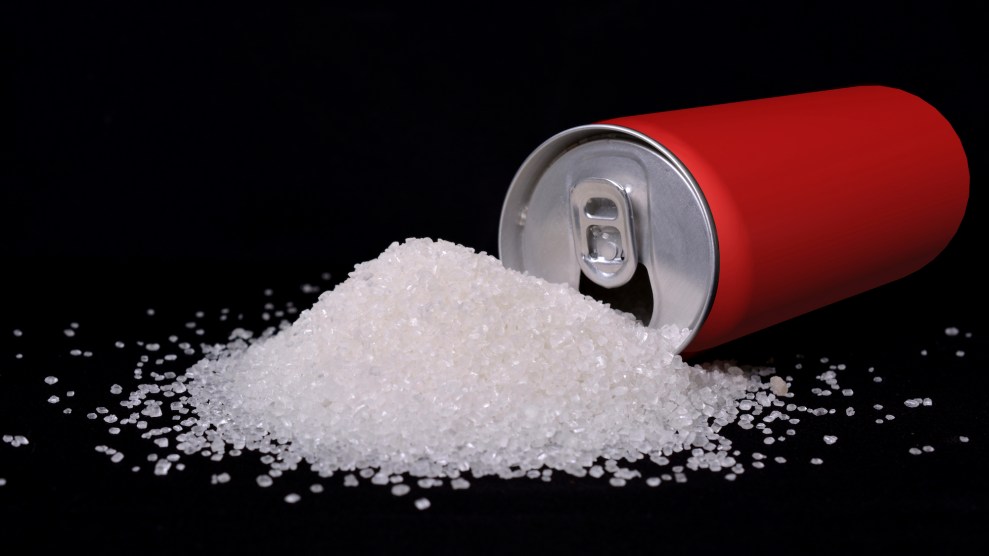 The case for a soda tax—on the ballot on November 8 in San Francisco, Oakland, and Boulder, and promoted globally by the World Health Organization—just got stronger.

In a new peer-reviewed study, Swedish researchers tracked the dietary choices and health outcomes of a group of more than 2,800 adults over several years, adjusting their results for a range of factors like age, gender, family history of diabetes, and caloric intake. They found that people who drink 400 milliliters or more of soda daily—that’s 13.5 ounces, just a bit more than a standard 12-oz. US serving—are 2.4 times more likely to develop type 2 diabetes than those who did not drink these beverages. And people who drink 1,000 milliliters (33.8 oz, less then three US servings) had a 10 times higher risk of developing type 2 diabetes.

As the authors note, these findings are the latest in a massive weight of research (see here, here, and here, for example) tying sugary drink consumption to diabetes.

And get this: They found roughly equal results for people who drink Big Soda’s preferred alternative to sugar-laced beverages—artificially sweetened ones. That conclusion bolsters a rapidly expanding literature indicting “diet” soda, which I go into here and here.

Meanwhile, the industry has launched a robust effort to beat back efforts to impose soda taxes. Vox recently calculated that Coca-Cola, Pepsi, and their industry group, the American Beverage Association, have spent a combined $30.8 million to campaign against ballot initiatives in US cities this year. The American Beverage Association has even enlisted progressive hero Vermont Sen. Bernie Sanders in its efforts to battle tax fights in San Francisco and Oakland:

While campaigning against Hillary Clinton for the Democratic presidential nomination earlier this year, Sanders came out against a proposed soda tax in Philadelphia, which ended up being enacted. In the months since, though, he has changed his stance, and he recently rebuked the ABA for using him in advertisements.

Meanwhile, Clinton, who publicly supported the Philadelphia tax, was privately pressured by Coca-Cola execs to tamp down her support for such measures, a trove of leaked emails published by the group DC Leaks suggests. As Politico notes, the email correspondence between Coca-Cola officials and campaign insiders “reveals the deep connections the soda giant enjoys in Hillary-land at multiple levels, which the company leaned on to urge Clinton to walk back her support for soda taxes last April.”

Another email dump, analyzed here by the group Ninjas for Health, shows Coca-Cola execs strategizing ways to defeat soda taxes from Oakland and Philadelphia to the United Kingdom, France, Israel, and Bosnia Herzegovina.

Like Bernie Sanders, I’ve long been ambivalent on soda taxes, because I’m allergic to any measure that falls most heavily on the pocketbooks of low-income people. But the public health case against soda has gotten so strong that I’m convinced. After all, taxes must really be an effective tool for turning people away from soda, or the industry wouldn’t be fighting them so hard, on so many fronts.