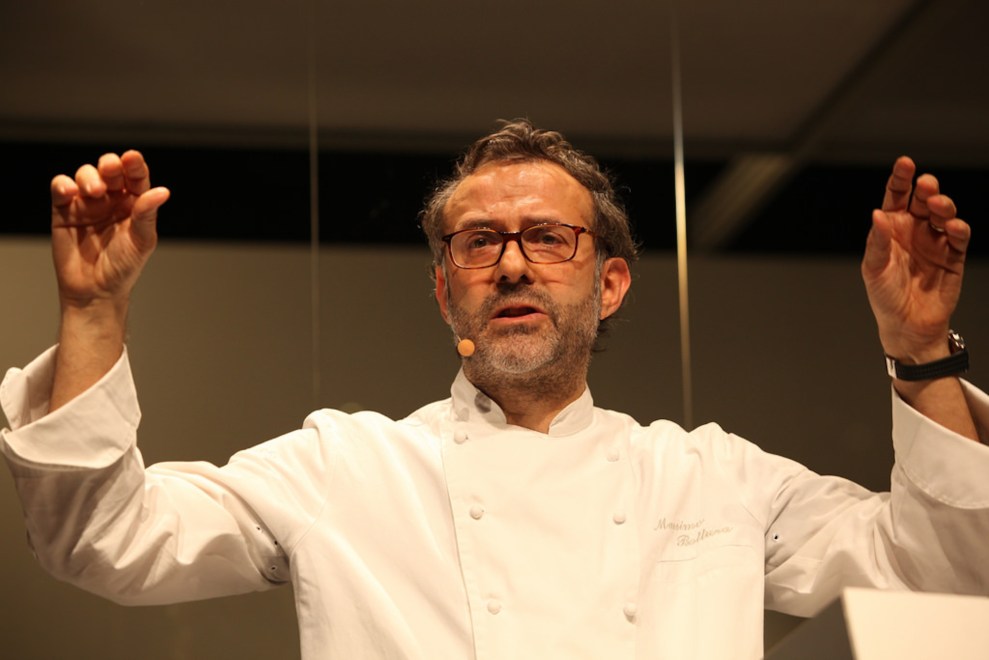 Amid the never-ending scandal circuit at this year’s Olympics—the doping controversies, the coup and assorted government corruption, the mystifying pollution of seemingly every body of water bigger than a bathtub—it’s easy to forget that good things, too, are happening in Rio de Janeiro.

Tuesday marked the launch of RefettoRio, a zero-waste soup kitchen spearheaded by Michelin-starred chef Massimo Bottura in the Lapa neighborhood of the Brazilian city. RefettoRio, which gets its name from the Latin word reficere—”to make or to restore”—provides free meals to those in need throughout the course of the Olympic Games. The kicker: The kitchen does so using only surplus food from the Olympic Village.

Food waste became a prominent issue at the 2012 Olympics in London, when six whistleblowers working in catering posted photos and videos of huge quantities of food being thrown away immediately after preparation. One employee claimed to be tossing out 45 pounds of prawns, 30 pounds of fish fillets, 90 pounds of vegetables, and 45 pounds of meat on a daily basis.

One employee at London’s Olympics claimed to be tossing out 45 pounds of prawns, 30 pounds of fish filets, 90 pounds of vegetables, and 45 pounds of meat on a daily basis.

RefettoRio, on the other hand, hopes to take that excess food and turn it into meals for the city’s low-income and refugee communities. It’s a collaboration between Bottura, the Italian head chef of Osteria Francescana, ranked as the top eatery in the world by San Pellegrino’s 2016 World’s 50 Best Restaurants List, and David Hertz, creator of Gastromotiva, a Brazilian public interest organization that aims to empower Brazil’s vulnerable populations through kitchen training. RefettoRio employs local cooks, many of them graduates of Gastromotiva’s training program, alongside international celebrity chefs, including Alain Ducasse, Francis Mallmann, and Rodolfo Guzman. Needless to say, the resulting meals are nothing like reheated soup and ramen noodles: All 5,000 planned meals have three full courses. The photo of chefs plating a course on the restaurant’s opening night above gives you an idea.

The soup kitchen is built on a swath of land granted by the city for the next 10 years. After the end of the Olympics, it will double as a restaurant-school, relying on donations of ugly and past-date produce from local markets and grocery stores.

This isn’t the first time Bottura has tried to elevate wasted food. During ExpoMilan 2015, Bottura created a soup kitchen in an abandoned theater in the Milan suburb of Greco, using only scraps discarded from the world exhibition. More than 60 international chefs came to cook free meals for Milan’s homeless and refugee populations. All told, the refectory served up more than 15 tons of salvaged food, enough for 10,000 meals.

After Rio de Janerio, Bottura plans to roll out soup kitchens in Montreal, Berlin, his hometown of Modena, and New York City, in an initiative called Food for Soul. The Bronx-based project, co-sponsored by Robert De Niro, is slated to begin in 2017. Despite the elite reputation of Bottura and his cohort of fine-dining masterminds, he stresses the inclusive nature of these projects. “Food for Soul is not a charity project: It is a cultural one,” he says.