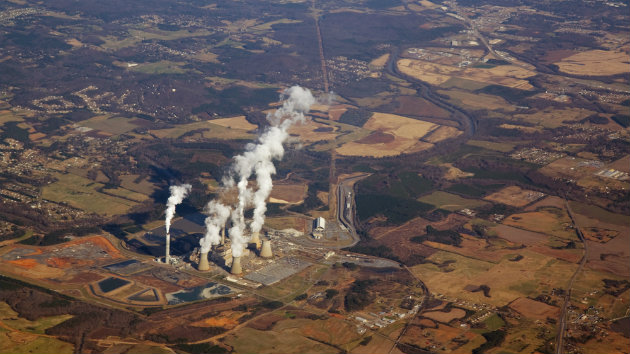 A lot has been said already about the success of the states that are leading the adoption of solar energy. There’s plenty to celebrate, as solar installations smash records and as the industry grows 12 times faster than the US economy. At the same time, it’s important to recognize that many people live in places where the government is either not facilitating a solar market or is actively smothering it.

Solar obstructionism takes center stage in a report, aptly titled “Throwing Shade,” recently published by Greer Ryan at the Center for Biological Diversity. The organization advocates for an energy system that’s clean, equitable, and wildlife friendly, so Ryan set out to rank the states based on how well their policies encourage rooftop solar panels. Then she analyzed the 10 worst-scoring states with the highest solar potential in order to better understand how the absence of state-level policies—or the presence of antagonistic ones—hampers the growth of solar markets.

In theory, those 10 states could produce up to 35 percent of the nation’s energy supply from rooftop solar installations. Instead, they only account for 6 percent. If we imagine a world where men and women could install solar panels wherever they provided the most benefits, we would expect the regions with the most potential to have the most installations. State policies and regulations intervene, though. Texas and Florida, for example, rank second and third for potential in the United States, but rank 12th and 14th in terms of how much distributed solar power they actually produce. Here are some key actions these states (which also include Alabama, Georgia, Indiana, Michigan, Oklahoma, Tennessee, Virginia, and Wisconsin) take that prevent solar growth:

The 10 worst-ranking states for solar policies all have something in common: a complete lack of community solar laws. These are crucial for expanding solar access to people who don’t own a roof (renters, for example), or whose roof doesn’t support solar panels.

A community solar installation provides clean energy to multiple customers who subscribe to it. As such, this approach requires certain rules to make sure these people get credit on their electricity bills for energy produced at the solar site. That’s a departure from buying all your power from a utility or using what you produce on your own property, and it requires a legal framework to make it possible.

This is a relatively new sector of the solar industry—it’s only been around since 2006 and there are about 100 community solar sites in the United States. It’s expected to grow in the coming years, and states that don’t allow it are cutting off a vital ingredient for a healthy, equitable solar industry.

Twenty-nine states have chosen to expand their clean energy supply by requiring utilities to generate a certain percentage of their electricity from renewable sources. This is what’s known as a market creation policy, because it jumpstarts a certain amount of demand and can help the renewables industries get going in that market.

Of the 10 states in the report, seven don’t have these standards, and the other three (Michigan, Texas, Wisconsin) have already met their targets, which Ryan identifies as “unambitious.” Texas, for instance, set a goal that it was able to meet a full 15 years ahead of schedule. None of these states are expanding solar production to meet a renewable power goal.

If you have tens of thousands of dollars lying around, it’s easy enough to put solar panels on your roof. For everyone who doesn’t have that kind of cash, third-party ownership offers an alternative route: You let a company install the panels on your house, and sign a contract to pay them for the electricity, usually through a lease or power purchase agreement.

This model accounted for 72 percent of all the residential solar installed in the United States in 2014. But, in seven of the 10 worst states for solar policy, this arrangement either isn’t allowed or has an unclear legal status, which deters businesses from providing the service. This ensures the only companies that can sell power to residents are the established utilities, and minimizes access to rooftop solar for everyone who can’t afford it.

It’s hard to talk about distributed solar power without talking about democracy. The policy battles here largely revolve around small governmental bodies favoring the monopolies of existing utilities over the ability of individuals to obtain power as they choose.

Alabama serves as a case in point. The state lacks every major policy needed to promote distributed solar. Ryan points out an “astonishing lack of transparency” in how Alabama plans for its energy sources. Alabama Power serves most of the state, and the public service commission neither allows for meaningful public comment on the utility’s investment plan, nor requires the utility to even release that plan and its underlying economic analysis. That means the ratepayers shoulder the cost of the utility’s investments, without the opportunity to push for greater solar assets.