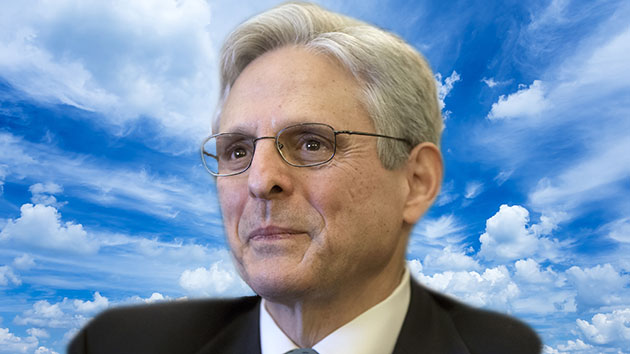 Merrick Garland has spent the last decade in the weeds of some of the most contentious clean-air cases in history—and he’s consistently come out on the side of the environment and against big polluters.

Garland, the DC Circuit Court chief judge who is President Barack Obama’s pick to replace Antonin Scalia on the Supreme Court, faces a steep climb to confirmation in the face of fierce opposition from Senate Republicans.

But if Garland makes it to the Supreme Court, the battle over Obama’s flagship climate regulations will likely be one of his first big cases. That policy, known as the Clean Power Plan, aims to slash the nation’s carbon footprint by restricting greenhouse gas emissions from power plants. The Environmental Protection Agency built the plan on a provision of the Clean Air Act that allows it to set emissions standards for existing “stationary” sources (i.e., power plants, rather than, say, cars) and then leave it up to each state to choose how to reach that standard. The rule was immediately challenged by two dozen coal-reliant states, which have argued that it oversteps EPA’s legal authority because it applies to the whole electricity system rather than to individual power plants. Shortly before Scalia’s death, the Supreme Court voted 5-to-4 to put the plan on hold while Garland’s current colleagues in the DC Circuit Court weigh its legality.

“In a close case, with Garland on the bench, the [Clean Power Plan’s] chances of winning go way up.”

The climate regulations will likely wind up in front of SCOTUS sometime next year. So, Garland’s record on cases involving the Clean Air Act—which many legal experts see as the world’s single most powerful piece of environmental law—is a helpful guide for how he might rule. Garland once described the Clean Air Act as “this nation’s primary means of protecting the safety of the air breathed by hundreds of millions of people.”

Garland brings a very different perspective to the bench than Scalia, says Pat Parenteau, a former director of Vermont Law School’s Environmental Law Center. Whereas Scalia was famous for his strict, literalist interpretation of the law, Parenteau says Garland tends to focus on the real-world outcome of his cases, an approach that could make him more likely to accept the administration’s Clean Power Plan arguments.

“In a close case, with Garland on the bench, the [Clean Power Plan’s] chances of winning go way up,” he said.

White Stallion Energy Center v. EPA: In 1990, Congress amended the Clean Air Act to require that the Environmental Protection Agency research how to cut down on mercury and other toxic air pollutants spewing out of coal- and oil-fired power plants. After more than a decade of false starts, the EPA finally issued a mercury rule in 2012 and was hit with a suit from industry groups charging that the agency hadn’t considered how much mercury controls on power plants would cost. The lead plaintiff, White Stallion, was a proposed coal-fired power plant in Texas that was ultimately canceled but whose name remained on the suit.

For EPA to focus its “appropriate and necessary” determination on factors relating to public health hazards, and not industry’s objections that emissions controls are costly, properly puts the horse before the cart, and not the other way around as petitioners and our dissenting colleague urge.

As Ann Carlson, an environmental law scholar at UCLA, wrote in a recent blog post, the White Stallion case illustrates that Garland shows “significant deference to EPA both in its interpretation of ambiguous language in the Clean Air Act and in its technical determinations about how to craft regulations.” In other words, Garland is inclined to trust that the EPA’s experts know what they’re doing.

Garland is inclined to trust that the EPA’s experts know what they’re doing.

Later, Garland stood by the mercury rule a second time. Following the DC Circuit Court decision, the legal battle continued to the Supreme Court, which ultimately sent the rule back to the EPA with instructions to recalibrate the agency’s cost calculations. The rule is still stuck at that stage today, but Garland ruled that in the meantime, the rule should stand—essentially the opposite of how SCOTUS treated the Clean Power Plan.

The rule “wasn’t jettisoned during the bouncing back and forth,” said Pat Gallagher, director the environmental law program at the Sierra Club. “This is the pragmatic sensibility of Garland. He isn’t bringing ideology to the table. He’s not on the war path to show that [the EPA] is usurping powers.”

American Corn Growers Association v. EPA: In this case, Garland was the lone dissenter when the court threw out regulations from the EPA meant to reduce haze in national parks. This case in particular is a useful proxy for the Clean Power Plan because both regulations follow the same model (the EPA sets a standard and lets states decide how to implement it). In both cases, industry groups objected to how the EPA categorized polluters. In the haze case, Garland once again sided with the EPA.

Garland’s dissenting opinion also showed that he is more interested in helping the executive branch enforce the laws created by Congress than in searching out hair-splitting details that can be used to tie the administration’s hands, Parenteau said: “Garland is going to try to interpret a statute to be consistent with the purposes of the statue.” In other words, like in the White Stallion case, he generally trusts that EPA knows the best way to achieve the ends of the Clean Air Act. And he’s disinclined to second-guess the agency’s methods as long as they seem to accomplish what Congress intended.

“In the Clean Air Act, Congress declared a national goal of restoring natural visibility in the country’s largest national parks and wilderness areas,” Garland wrote. Overturning the haze regulation “will prevent the achievement of Congress’ goal.”

Garland has a record of ruling against the EPA when he thinks it hasn’t done enough to enforce the law.

That doesn’t mean he automatically caves to the EPA; in fact, Garland has a record of ruling against the agency when he thinks it hasn’t done enough to enforce the law. In American Farm Bureau Federation v. EPA, he ruled that the agency hadn’t gone as far as the Clean Air Act requires to regulate airborne particulate matter. And in Sierra Club v. EPA, he found that the EPA had tried to let states circumvent the agency’s own regulations on ozone.

“[Garland] defers to the [agency] scientists as long as the reasoning looks sound,” Gallagher said. But, “if they are hiding the ball, he will dig in and ferret that out.”

That adds up to good news for the Clean Power Plan.

“It’s not a slam dunk, because [EPA] is using a provision that wasn’t designed to confront climate change,” Parenteau said. But the Clean Power Plan “is the most carefully crafted and supported plan I think EPA has ever produced. Garland might change the very dynamic of the situation.”