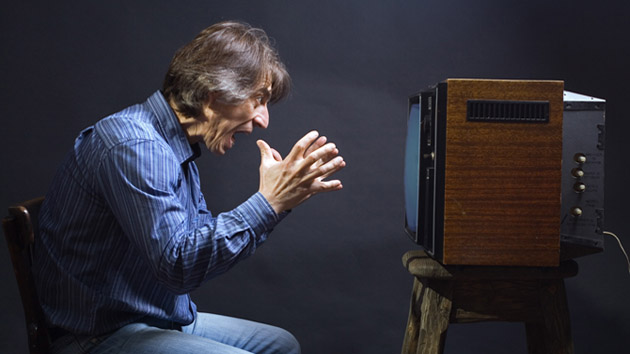 If you’ve been watching the presidential debates, you’ve probably noticed an appalling lack of questions about climate change. We certainly have.

Poll: Which #GOPDebate climate change question has led to the most insightful discussion tonight?

Now, a new report from Media Matters for America (my former employer) reveals just how bad the problem has been. According to Media Matters, there have been a whopping 1,477 questions asked during the 20 Republican and Democratic debates so far. Just 22 of those questions—or about 1.5 percent—have been about climate change. Nine of the debates, including one that took place four days after the historic Paris climate agreement, included no global warming questions whatsoever.

The performance of the networks has varied substantially. ABC has hosted two debates, and PBS has hosted one; neither network asked a single climate question, according to Media Matters. Fox News and its sister network, Fox Business, have hosted five debates; less than 1 percent of their questions have been about climate. The same is true for CBS, which has hosted two debates. CNN (six debates) and the various NBC-affiliated networks (three debates) have done a bit better. Univision, by contrast, focused on climate change in more than 7 percent of the questions in its recent Democratic debate. 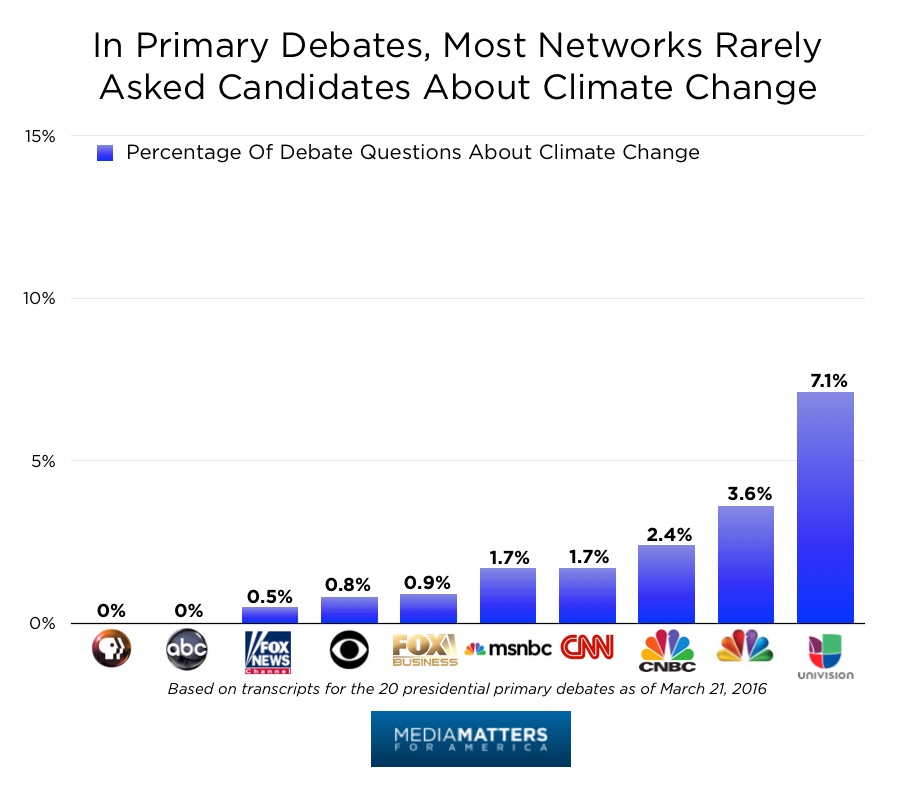 Some debate moderators have paid far more attention to climate than others. According to data provided by Media Matters, CNN’s Jake Tapper asked five climate questions—nearly a quarter of all the climate questions so far. CNN’s Anderson Cooper asked four, and the Washington Post’s Karen Tumulty, who co-moderated the Univision debate, asked three.

Questions in the Democratic debates were more than twice as likely to focus on climate as questions in the Republican debates, according to Media Matters. What’s more, the GOP’s climate science-denying front-runners, Donald Trump and Ted Cruz, have not had to answer a single question about the issue. (Cruz was asked about his position on ethanol mandates.)

The Media Matters study doesn’t include the GOP’s so-called “undercard” debates, which featured an assortment of low-polling candidates and tended to air during the West Coast’s workday. Those debates actually featured some of the most interesting exchanges on climate. Here’s former New York Gov. George Pataki in CNBC’s October 28 undercard debate, criticizing his fellow Republicans for refusing the accept the scientific consensus: