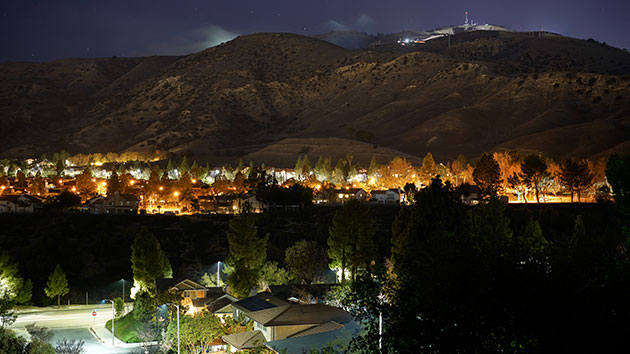 Porter Ranch, Calif., site of a massive methane leak that was finally plugged this month.Elijah Hurwitz/ZUMA

It’s no secret that the United States has a methane problem. Methane accounts for about one half of one percent of the country’s greenhouse gas emissions—it’s released mostly from natural gas production, landfills, and agriculture (cow farts and burps). But as a greenhouse gas, it’s incredibly potent in the short term, capable of trapping up to 90 times more heat than carbon dioxide over a 20-30 time period. And although the Obama administration has proposed some potential solutions, methane emissions are currently unregulated by the federal government.

A couple new analyses came out this week painting a picture of just how severe methane emissions really are.

The first deals with the Aliso Canyon natural gas facility near Los Angeles, which was finally plugged on Feb. 12 after spewing gas from a major leak for four months. In addition to creating a public health crisis (the noxious fumes prompted thousands of locals to evacuate), the leak made a significant contribution to climate change.

The Aliso Canyon leak was spewing 60 metric tons of methane every hour.

In a new study published Thursday in the journal Science, scientists reported that the leak single-handedly doubled Los Angeles’ methane footprint. The study, one of the first peer-reviewed measurements of the leak and based on a series of scientific flights over the site, found 60 metric tons of methane leaking every hour.

Aliso Canyon is an extreme case, but methane leaks are frighteningly common, and they take a significant toll for the environment. This week the Environmental Protection Agency released an updated draft of its Greenhouse Gas Inventory, the official accounting of America’s carbon footprint. In 2014, total greenhouse gas emissions in the US were 6.8 billion metric tons of carbon dioxide equivalent (a metric used to make apples-to-apples comparisons between different gases). That’s about 1 percent higher than in 2013, but about 8 percent lower than the 2007 peak.

The most notable thing about the draft, however, is a dramatic upward revision of methane emissions statistics. The new figures for methane emissions from the oil and gas sector are about 27 percent higher than previous estimates. According to the Environmental Defense Fund, that difference represents a 20-year climate impact equal to 200 coal-fired power plants. It also represents about $1.4 billion worth of lost natural gas.

“There’s been a lot of science done over the last few years. Before that, we didn’t know a lot about the extent of methane emissions,” said Matt Watson, an analyst at EDF. “Now they recognize that they’ve been systematically undercounting these emissions by a pretty significant extent.”

The new draft also upwardly revises estimates for landfill emissions, moving them to the number-one slot. Livestock emissions estimates are essentially the same. The oil and gas revision is by far the biggest, and likely the most significant from a policy standpoint.

New figures for methane emissions from the oil and gas sector are about 27 percent higher than previous estimates.

Methane emissions occur at many different points of the natural gas production process. Most are intentional: Excess gas is flared from well sites to relieve pressure, and some pieces of drilling equipment are designed to periodically vent gas. But an estimated one-third of methane emissions from the natural gas system are accidental, coming from leaks in pipelines, storage facilities, and other infrastructure.

The reason for the accounting difference, Watson explained, is that the EPA had systematically undercounted the number of natural gas facilities and their equipment. The agency also used an unrealistically low estimate for how much leakage is really occurring; because methane emission reporting is voluntary for natural gas operators, who themselves may not even know the extent of the leaks, some amount of informed guesswork has to go into these calculations. The result, Watson said, is that “in some cases [EPA] was almost completely ignoring huge parts of the oil and gas sector.”

In a speech to energy industry executives on Wednesday, EPA Administrator Gina McCarthy said the change underscores the need for better federal regulation of methane emissions from the oil and gas sector.

“We’ve known for a while there has been a big discrepancy,” McCarthy said, according to the Houston Chronicle. “We have been working with the industry to try and get some voluntary efforts. Those efforts have not been as successful as they have with other industries.”

In January 2015, the EPA proposed regulations aimed at reducing methane leakage by 40 to 45 percent below 2012 levels by 2025, mostly by upping standards for new infrastructure. But the plan hasn’t been finalized, and in any case it would not apply to existing sources.

Given that Obama is likely to spend the next year just defending his gains on carbon dioxide emissions, it seems unlikely that major reform is forthcoming on methane. It could be a top climate priority if a Democrat wins the presidential election: Both Hillary Clinton and Bernie Sanders have proposed similar plans to address leaks and other sources of methane in the natural gas sector. The Republican candidates, needless to say, have not put forward any plans to address methane.