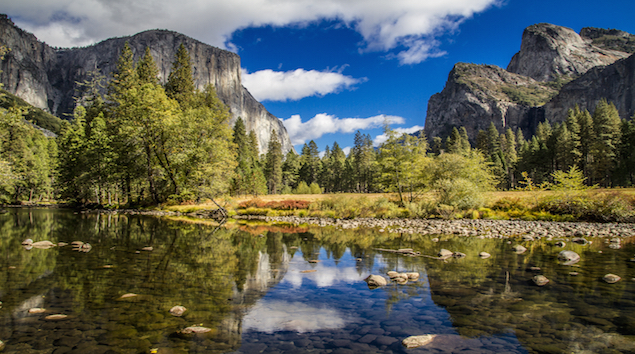 Jason Mark started thinking about the purpose of preserving wilderness after a battle over an oyster farm in the Point Reyes National Seashore, 40 miles north of San Francisco. When the seashore was set aside for protection in 1972, the government cut a deal to let the owner of an oyster farm inside the park stay in business. But the farm was bought out, and the new owner made it clear that he would not leave when the 40-year lease was up. The ensuing battle opened a split among nature lovers and foodies. On one side, the Sierra Club and the National Resources Defense Council supported shutting down the farm to preserve Point Reyes’ marine environment. On the other side, leaders of the locavore movement like Alice Waters and Michael Pollan defended the oyster farm as a green business that connected people with food systems and nature. (The oyster farm owner eventually acquiesced to the Interior Department and shut down his operation late last year.)

The fight led Mark, a San Francisco Bay-based environmental journalist, urban farm founder, and editor of Earth Island Journal, to wonder, “With the human insignia everywhere, is there any place or any thing that is really, truly, wild?” As human influence touches just about every corner of the earth, many say that wilderness no longer exists. In his fascinating book, Satellites in the High Country, Mark explores whether “the Age of Man” has killed true wilderness. He talked to me about what he found out. 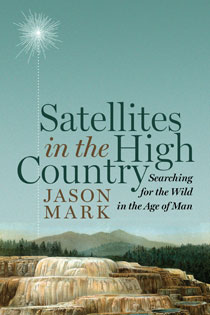 Mother Jones: How would you define the word “wilderness”?

Jason Mark: In this country we actually have a statutory definition. We’ve got the Wilderness Act of 1964, which defines wilderness, kind of poetically for an American law, as “a place where man himself is a visitor who does not remain.” A place that’s untrammeled. And basically what that means is roadless; you can’t have any road development, you can’t even have mountain bikes. Where it gets into all sorts of interesting grays is how people understand that. For a long time, people understood wilderness to mean pristine. It was this place where there weren’t any marks of human civilization. I and lot of people are beginning to have a new understanding of wilderness, which is that we live on a post-pristine planet; there is no place that has not been touched to some degree by civilization. So, perhaps then wilderness means uncontrolled or undominated. At the very least it’s a place where we don’t exercise human will.

MJ: Pushing this idea of a post-pristine planet further, some scientists have argued that human activity has led the Earth into an entirely new geologic epoch. Can you explain that?

JM: We are now entering a whole new epoch in planetary history, the Anthropocene, the Age of Man, or the Human Age. Now, according to some earth scientists, we are the largest evolutionary force on the planet. So far the analysis has been that in the Anthropocene, wilderness is dead. And what I’m saying is, no, especially in the Age of Man, we need to hold onto wilderness, keep some places where we don’t deliberately call the shots.

“The wilderness is one of the last places where a citizen can walk unwatched.”

MJ: Why is it important to keep those “wild” places?

JM: Here is why the wilderness is more important than ever. One is the biological/ecological reason. We need to keep some refugia for plants and animals to be able to retreat to as climate change makes their lives harder and dislocates them from their traditional habitats. So that’s the baseline: We need to still keep some big, large, remote landscapes intact to make sure that other critters have got a home too. Another one is sort of spiritual/psychological. I think that we crave knowing that someplace is away and off the map. Now nothing is unmapped. There are Google drones and GPS, everything is mapped, there are no more white spaces on the map. But still knowing that some places are away and apart, I think that’s really important for people.

That connects to the last reason, which is I think the most important to the Anthropocene: its civic value or political value. I think it’s fair to say that political freedom and liberty depend on not just openness, but spaciousness and capaciousness. And that’s not just my hope, that’s American history, where the wilderness has been that last refuge for the religious apostate and the dissident and the fugitive slave. The wilderness is one of the last places where a citizen can walk unwatched.

MJ: What is our role intervening in ecosystems affected by climate change?

JM: At this point, in many landscapes, we are not conserving them, we are curating them. We are really deciding what’s important or what’s not. Is the barred owl more important or is the spotted owl more important? As the biodiversity crisis worsens with climate change, there likely might be more of these interventions. Probably in some places you do make wholesale interventions to prevent extinction. But in some wilderness areas, maybe you just go totally hands-off. And that’s going to be hard; we are going to perhaps see some things perish.

MJ: How would you recommend people experience the wilderness?

The short answer is find the nearby nature close to your home. That is more likely going to be a state park or a regional preserve or a shoreline or seashore than some deep wilderness. And keep going back to that place, because it’s this attachment to place that I think is going to be one of our most important assets to try to deal with climate change and these other environmental crises. People really having a love of place. So find that place for you—and it’s probably pretty close. And then if you know someone who knows how to go into a remote area safely, go with them, and I trust that it will probably be a mind-blowing experience and people will want to go back.