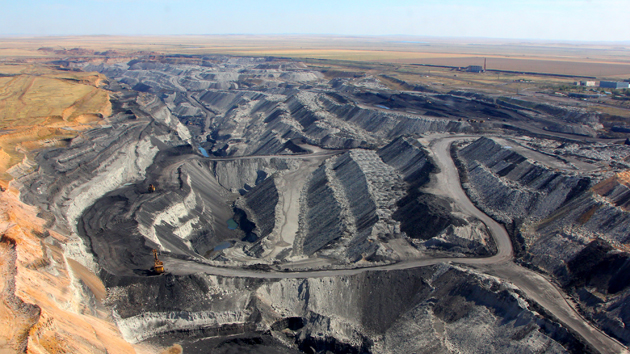 This story was originally published by the Atlantic and is reproduced here as part of the Climate Desk collaboration.

In Anthony Doerr’s All the Light We Cannot See, a radio broadcaster marvels at the wonder of coals:

Consider a single piece glowing in your family’s stove. See it, children? That chunk of coal was once a green plant, a fern or reed that lived one million years ago, or maybe two million, or maybe one hundred million. Can you imagine one hundred million years? Every summer for the whole life of that plant, its leaves caught what light they could and transformed the sun’s energy into itself. Into bark, twigs, stems. Because plants eat light, in much the way we eat food. But then the plant died and fell, probably into water, and decayed into peat, and the peat was folded inside the earth for years upon years—eons in which something like a month or decade or even your whole life was just a puff of air, a snap of two fingers. And eventually the peat dried and became like stone, and someone dug it up, and the coal man brought it to your house, and maybe you yourself carried it to the stove, and now that sunlight—sunlight 100 million years old—is heating your home tonight.

Hundred-million year-old sunlight has heated our homes and powered our factories for decades. Today, that energy is delivered less often by the friendly neighborhood coal man and more by the ubiquitous electrical grid: About 39 percent of US electricity is generated by burning coal. All that combustion carries a cost, though, as the carbon previously trapped underground in long-dead plants becomes greenhousing carbon-dioxide in the atmosphere.

But damage to the climate is not the end of coal’s costs. In 2011, a group of researchers from around the country attempted to calculate that number. They examined the full cost of coal’s “lifecycle” in the United States—that is, the costs of everything that mining coal, transporting it, burning it for electricity, and disposing it does to the world. The researchers included economists from Accenture, doctors and public health researchers from Harvard University, and ecologists from universities throughout West Virginia.

They looked at everything: the damage to the climate, to people’s health, and to the plants and animals around the mines. In the end, they estimated that the sum total of coal’s externalities amounted to between 9.42 cents and 26.89 cents per kilowatt-hour. Their best guess put it at 17.84 cents. The United States’ dependence on coal cost the public “a third to over one-half of a trillion dollars annually,” they wrote.

One study estimated the full public health cost of coal, in Appalachia alone, at $74.6 billion.

Since the study was conducted, new information has shown the energy source’s impact to be even more grave. “If we were to go back to do what we did in this paper,” said Jonathan Buonocore, a research fellow at Harvard who worked on the study, “the numbers could go up.”

When coal is mined today in some parts of Appalachia, it’s not by burly union men descending into black caves underground. The rock instead is obtained by a kind of landscape vampirism, a process with a simple and brutal name: mountaintop removal.

First, workers clear mountains of their vegetation, cutting down and burning trees near the summit. Then, topsoil and bedrock from the hills is blasted away, a procedure that sometimes lops 600 feet off a slope’s overall elevation. Finally, the seams of coal, exposed to the air for the first time in millions of years, are harvested by enormous cranes called drag lines.

When completed, a once vernal hill looks like this: 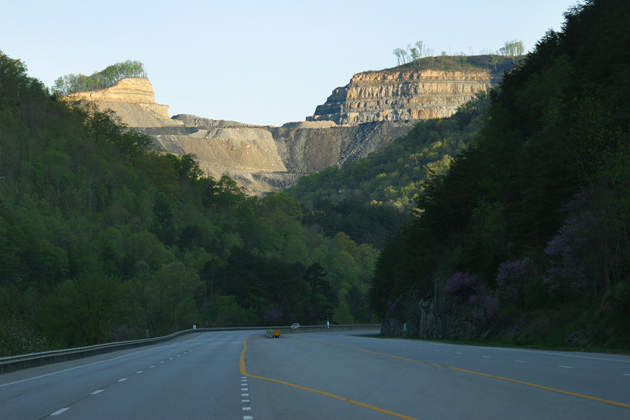 Mountaintop removal harms communities in special ways. Towns near removal sites are more likely to suffer from mudslides, dislodged boulders, and flash floods. Rock and other debris, which the blasts can send flying, damage buildings and homes. Where forest used to be, there are ponds of coal slurry. Carcinogens and heavy metals fall into headwater streams, poisoning the water supply. And the environmental damage harms tourism and other local businesses: In Kentucky alone, almost 4,000 miles of streams have been polluted, damaged, or destroyed by mountaintop mining.

Coal has high costs beyond the reach of mountaintop-removal sites. The people who live in Appalachia pay for their community’s resource curse with their bodies. After miners retire, they—and other who worked near coal—suffer black lung, lung cancer, and other terminal diseases at elevated rates.

The study estimated the full public health cost of coal, in Appalachia alone, at $74.6 billion.

The sum effect is that coal costs families through health care and quality-of-life expenditures. By destroying the prospects for other local industries, like tourism, it forces the regional economy to take coal as its center. Through money-sapping medical bills and great eroded property values, and by tying undiversified local economics to the boom-bust fossil fuel commodity cycle, coal assaults families’ ability to hold onto wealth from generation to generation.

“An African American child is more than twice as likely to be hospitalized from asthma. A Latino child is 40 percent more likely to die from asthma.”

Coal also costs those who live far away. Americans everywhere pay to subsidize coal’s production: 40 percent of American coal is mined on federal lands. They pay through health care costs, too: The programs that support Appalachians with terminal medical conditions depend to some degree on ongoing state and federal funds, even if the retired miners themselves are ostensibly covered through pensions and workers’ comp. And Americans all over pay with their own health, as coal-fired power plants erode air quality and lead to higher asthma and rates of lung disease. These costs especially fall on lower-income Americans, often minorities, who live in inner cities and near industrial areas.

Coal’s costs do not obey national borders. Coal taxes every living person—through acid rain that damages crops, sea acidification that chokes fisheries, and the release of mercury into the atmosphere, which poisons brains. The decline in air quality alone, said the study, cost $187 billion worldwide.

Finally, on top of all of that, coal combustion contributes to climate change through its emission of greenhouse gases into the atmosphere. The study estimated that the cost of all that carbon dioxide in the atmosphere comes to $61 billion.

But that number is probably too low. Greenhouse gases are now considered even more damaging than was thought in 2011. 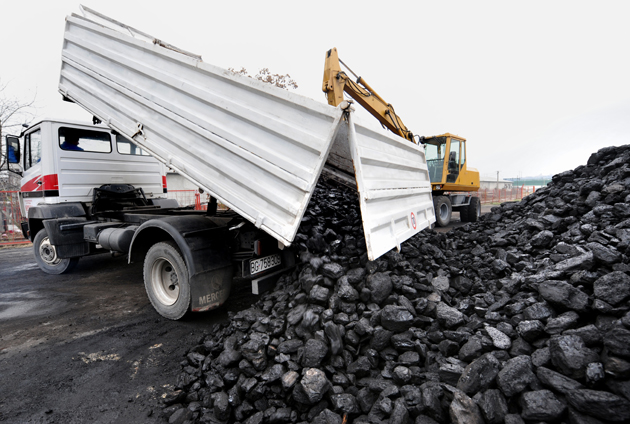 “Compared to where we were when we wrote this paper, we know more about both the economic and health impacts of climate change,” Buonocore told me last week. When estimating its effects, his team used a statistical device called the “social cost of carbon” (SCC). The SCC is what the EPA uses to estimate how much a single ton of carbon dioxide released into the atmosphere damages the economy, and it encompasses many of climate change’s attendant shifts: “changes in net agricultural productivity, human health, property damages from increased flood risk, and changes in energy system costs.”

Two years after the coal study, the federal government significantly increased the SCC, from $30 to $37. The EPA has always said that this newer estimate “does not include all important damages,” but even it may be significantly too low. In January, Stanford researchers argued that the social cost of carbon—which the EPA currently judges at $37 per ton—should be closer to $220.

That new estimate, if adopted, would cause the team’s 2011 estimate of coal’s costs to balloon. But the team would have to redo important math elsewhere, too. There have been some general improvements since the study, to carbon-capture technology and air pollution legal requirements, and that might drive costs down. At the same time, new chemical evidence suggests that air quality gets progressively worse as more carbon dioxide enters the atmosphere, which would worsen the team’s public health cost estimates. And Buonocore said that researchers back in 2011 simply couldn’t attach numbers to many other important damages.

All these higher costs only intensifies the authors’ final conclusion:

Accounting for the damages conservatively doubles or triples the price of electricity from coal per kilowatt hour generated, making wind, solar, and other forms of non-fossil fuel generation…economically competitive.