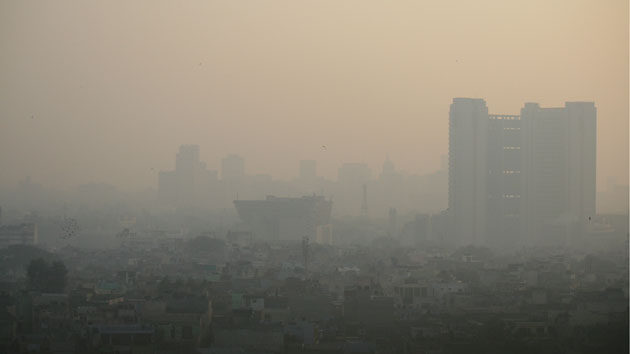 Climate change, if left unchecked, threatens to undermine the last half century of gains in global health. That’s the conclusion of a study released Monday by an international commission convened by the Lancet, a prestigious medical journal based in the UK. Declaring it a “medical emergency,” the authors argued that the potential impacts of global warming—such as floods, drought, heat stress, catastrophic storms, the spread of disease, and increased food insecurity—pose a “potentially catastrophic risk” to human health.

The report notes that deaths from air pollution and heat waves have been on the rise. In 2010, for example, wildfires in Russia burned 2.7 million acres, doubling the amount of particulate matter in the Moscow region. The pollution, combined with a severe heat wave, contributed to an increase of 11,000 deaths in just one month. (Or consider a more recent example, when nearly 700 people died over three days during a blistering June heat wave in Pakistan.) In some areas, dengue fever and malaria may rise, the study says. Cholera outbreaks can occur during extreme weather, and clean water can become harder to get. The report discusses scenarios in which higher temperatures can lead to food shortages, migration, and even conflict.

The study’s authors, however, highlight a potential sliver of good news: Tackling the issue immediately presents “the greatest global health opportunity of the 21st century.”

The report is the latest in a series of documents released in the run-up to December’s UN climate summit in Paris, when nations from around the world will attempt to finalize a global deal on cutting emissions. Last week, Pope Francis issued a landmark encyclical on climate change, declaring that humans are turning the Earth into “an immense pile of filth” and calling on governments to work together to take climate action. In November, the UN’s Intergovernmental Panel on Climate Change warned that climate change will result in “severe, widespread, and irreversible impacts.” Before that, a group of economists argued that reducing emissions will generate better economic growth than continuing to emit high levels of greenhouse gases.

Confronting climate change—and therefore achieving better public health and a decarbonized global economy—is no longer a technical or economic question, the report states. The primary barrier is political. “Bold political commitment can ensure that the technical expertise, technology, and finance to prevent further significant climate change is readily available, and is not a barrier to action.” Here are some of the Lancet commission’s policy recommendations that, they say, would help safeguard global health from the impacts of climate change:

Here are some graphics from the report, illustrating how climate change affects global public health: 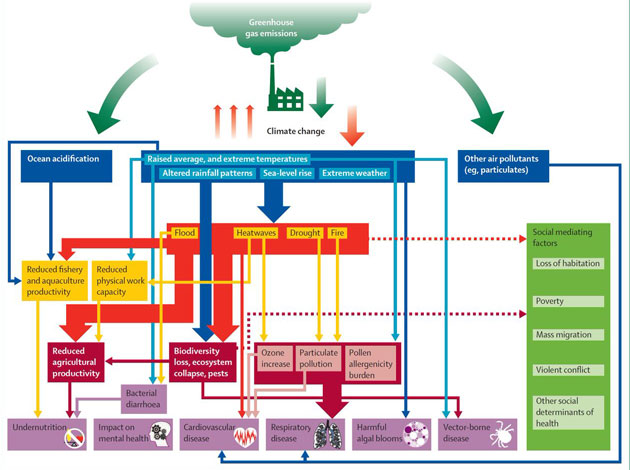 The links between greenhouse gas emissions, climate change, and health. The Lancet 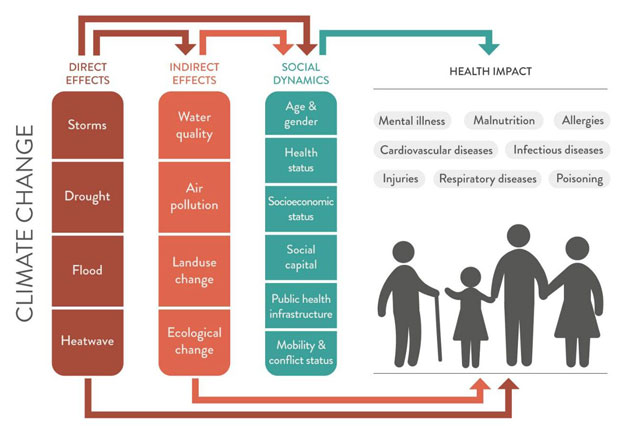 The direct and indirect effects of climate change on health and wellbeing. The Lancet