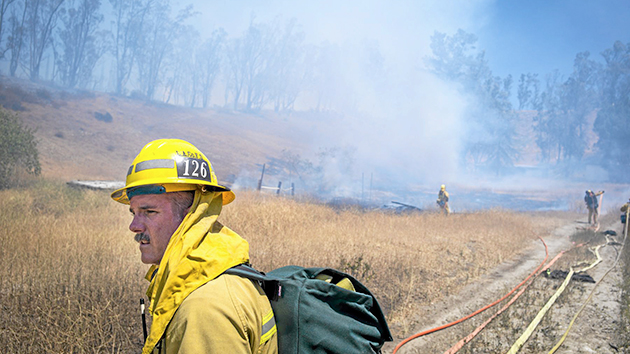 On Monday, 200 firefighters evacuated an upscale residential neighborhood in Los Angeles as they responded to a wildfire that had just broken out in the nearby hills. Ninety minutes later, the fire was out, with no damage done. But if that battle was a relatively easy win, it belied a much more difficult war ahead for a state devastated by drought.

California is in the midst of one of its worst droughts on record, so bad that earlier this month Gov. Jerry Brown took the unprecedented step of ordering mandatory water restrictions. Snowpack in the Sierra Nevada is currently the lowest on record for this time of year. And the outlook for the rest of the year is bleak: The latest federal projections suggest the drought could get even worse this summer across the entire state (as well as many of its neighbors): 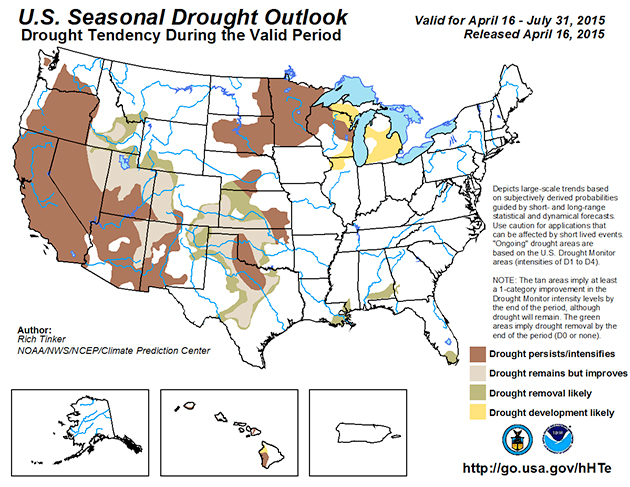 That’s a very bad sign for California’s wildfire season. After several years of super-dry conditions, the state is literally a tinderbox. “The outlook in California is pretty dire,” said Wally Covington, a leading fire ecologist at Northern Arizona University. “It’s pretty much a recipe for disaster.”

To date this year, the overall national tally of wildfires has actually been below average: 14,213 fires across 309,369 acres, compared to the 10-year average of 20,166 fires across 691,776 acres, according to federal data. After a peak in 2006, early year wildfire activity in the last few years has been somewhat stable: 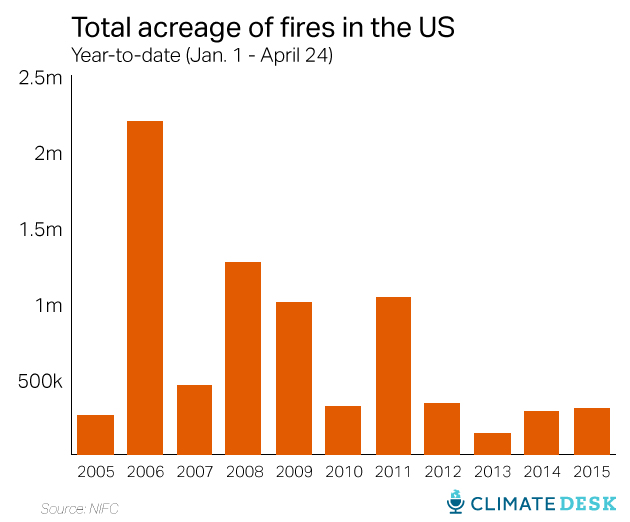 But in California, the trend looks very different. The tally of fires so far this year is 967—that’s 38 percent higher than the average for this date since 2005. The number of acres burned is up to 4,083, nearly double the count at this time last year and 81 percent above the average since 2005: 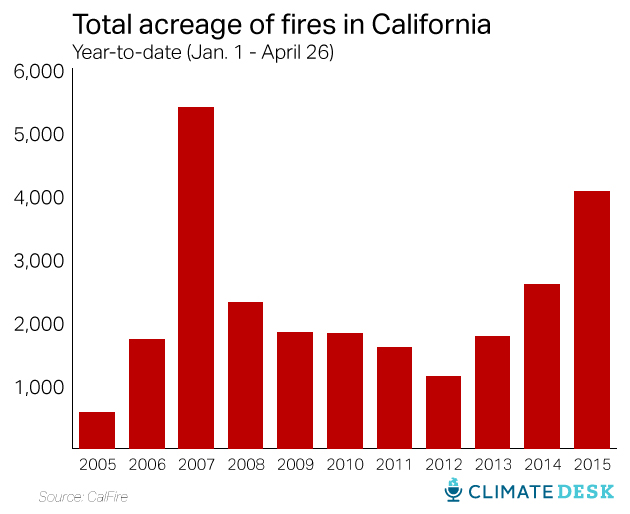 And here again, the outlook for the rest of the summer is grim. Just look at the overlap between the map above and the map below, which shows that most of California is at above-average risk for fires this summer: 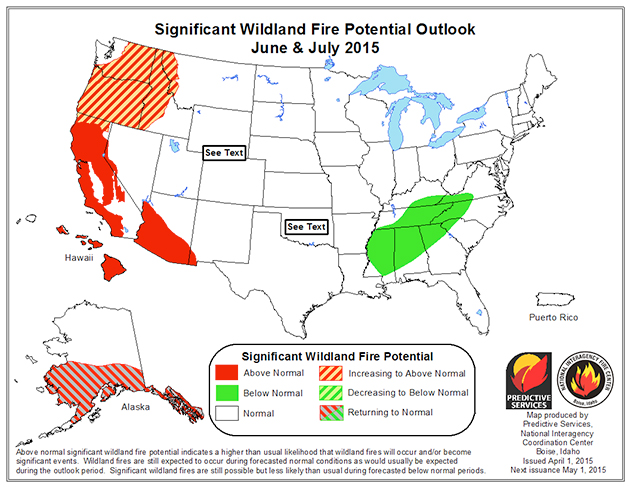 This is all costing California taxpayers a lot of money. According to Climate Central, California typically spends more money fighting wildfires than the other 10 Western states combined, totaling roughly $4 billion over the last decade. That’s partly due to the state’s size and vulnerability to big wildfires, and also to the close proximity of high-value urban development to easily ignited forests and grasslands. (Wildfires in the Alaskan wilderness, by comparison, can grow much bigger but cost much less, because without homes or towns nearby, they’re often allowed to simply burn out.)

California burned through its $209 million firefighting budget in just a few months of this fiscal year; back in September, Brown had to pull an additional $70 million from a state emergency fund. A spokesperson for the state’s department of finance said the wildfire budget has since been increased to $423 million. (Running way over budget on wildfires isn’t unique to California; the federal government routinely underestimates how much wildfires will cost and ends up having to fight fires with funds that are meant to be spent preventing them.)

Scientists have long predicted that an increase in both the frequency and severity of wildfires is a likely outcome of global warming. The Obama administration’s National Climate Assessment last year cited wildfires as one of the key threats posed to the United States by climate change. Longer periods of drought mean wildfire “fuels” like grass and trees will be drier and easier to burn; at the same time, increased carbon dioxide in the atmosphere means these same fuels will accumulate more quickly. And there’s a feedback loop at play: Deforestation caused by wildfires contributes to greenhouse gas emissions, meaning that the increasing threat of wildfires will make climate change worse.

When it comes to wildfires, Covington said, “with increased climate change, there’s a train wreck coming our way.”

For a more detailed explanation of the link between climate change and wildfires, watch the original Climate Desk video below: