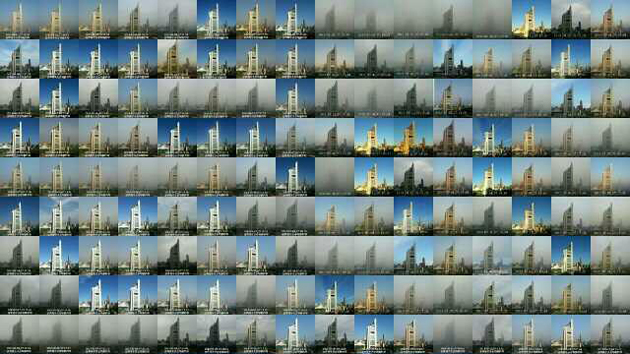 During the recent Asia-Pacific Economic Cooperation summit in Beijing, something remarkable happened, as it does every time the world’s news cameras train their sites on the Chinese capital: The toxic gray air turned blue. The state-run press even gave it a name: “APEC blue”.

Magic! Not exactly. In a push to impress (pretend?), the magic wand that Beijing authorities waved to banish the smog was in fact a massive bureaucratic effort that could only be pulled off in one-party-rule China. Ten thousand industrial plants were temporarily shuttered, and nearly 40,000 others limited operating hours. An army of 434,000 staff and officials from provinces surrounding Beijing were called up to inspect the plants and enforce the order, according to the South China Morning Post.

In China, extreme tactics like this are not uncommon. The skies for 2008’s Beijing Olympics were cleared in part using cloud-seeding, a process that involves lacing clouds with chemicals to increase precipitation. The country boasts “the world’s largest rainmaking force, with 6,902 cloud-seeding artillery guns, 7,034 launchers for chemical-bearing rockets, more than 50 planes and 47,700 employees,” according to the Washington Post.

But now that APEC is over, so is APEC blue. The smog is returning with a vengeance as cars clog the streets and production gets back online:

To get a real sense of just how bad the air is in Beijing most of the time, check out this extraordinary series of photos taken by one Beijing man, who has been waging something of a social media war against the city’s toxic air since the beginning of 2013. Zou Yi has been taking photos of the Beijing sky every day and uploading them to his personal Weibo account (the rough equivalent of Twitter). The result—which we first saw in Petapixel and which was also reported in That’s, a Beijing expat magazine—is frightening: 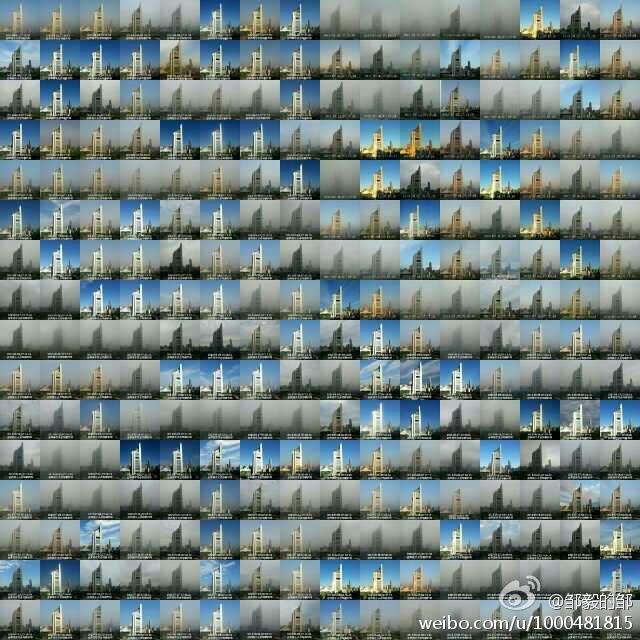 The daily photos of the Beijing Television Station building are taken from Zou’s apartment. They include the date and Beijing’s Air Quality Index readings. Independent US readings of the smog taken from atop its Beijing embassy were reportedly censored during APEC.

The photo series has even been picked up by Chinese state-run press, in a further sign that the constraints around reporting the pollution problem in the media have been gradually loosening over the last few years. China Radio International’s website quoted Zou Yi as saying, “I hope the activity will cause more people to realize the significance of protecting the environment.”

According to environmental policy experts, China’s air crisis was a major driver behind the landmark US-China climate deal announced last week. Under the agreement, China’s greenhouse gas emissions would peak around 2030. China’s pollution—which is now a political headache for its leaders, not simply an environmental concern—has been central to its pursuit of alternative energy sources, including natural gas, that could wean China’s economy from dirty coal.