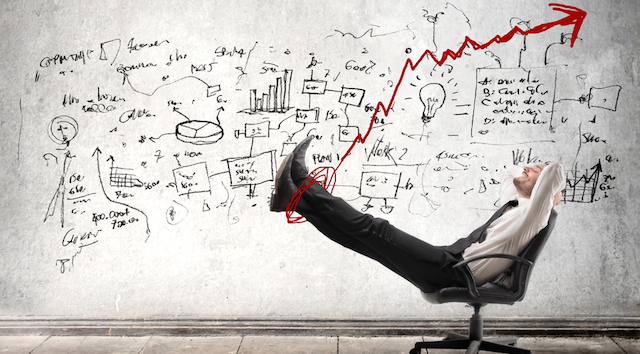 Does daydreaming make you more productive? <a href="http://www.shutterstock.com/pic-137331962/stock-photo-young-businessman-relaxes-sitting-in-the-office.html?src=pp-same_model-137332148-oHhoQ9wdowJhsgierYt1wA-2">Ollyy</a>/Shutterstock

By the end of 2014, roughly 1 in 4 people worldwide will be using a smartphone—with the total number of users topping 1.75 billion. That’s more smartphones, by the way, than PCs. Grandparents everywhere are mourning what surely marks a great decline of intelligence: Dependent as they are on their handheld devices, their grandchildren will never learn to focus or remember the simplest things. But is this fear warranted? That is, will our ever-deepening relationship with technology help or hurt our minds?

“A lot of the artifacts of digital life require that we make decisions,” says neuroscientist Daniel Levitin on this week’s episode of the Inquiring Minds podcast. “Do I look at this email or not? Now that I’ve looked at it, do I respond to it? Do I file it? Do I deal with it now?” While each of these little decisions seems harmless and trivial, from the perspective of your brain, they are all draining. Your brain sucks nutrients out of your bloodstream like a greedy glutton, with about 20 percent of all of your body’s energy feeding this relatively small organ. And every thought, every decision, depletes neural resources.

“Neurons are living cells with a metabolism,” says Levitin, author of the new book The Organized Mind. “And they need glucose in order to function. Glucose is the fuel of the brain just like gasoline is the fuel of your car.” So by the end of the day, if we’ve spent too much time on tasks that aren’t critical, we experience decision fatigue, and we don’t have the energy left to do the things that really matter.

What’s more, modern life forces us to make an ever-increasing number of decisions in less and less time. The issue goes far beyond electronics.  Levitin points out that the average grocery store has about 40,000 unique items for sale. But most of us meet 85 percent of our shopping needs with just 150 items. “So that means that as you’re going up and down the aisle, you’ve got to ignore almost 39,900 items in order to get the ones you want. Each one that you’re ignoring, there’s a little bit of glucose being sacrificed saying, ‘Nope, don’t need that, don’t need that, don’t need that.'” 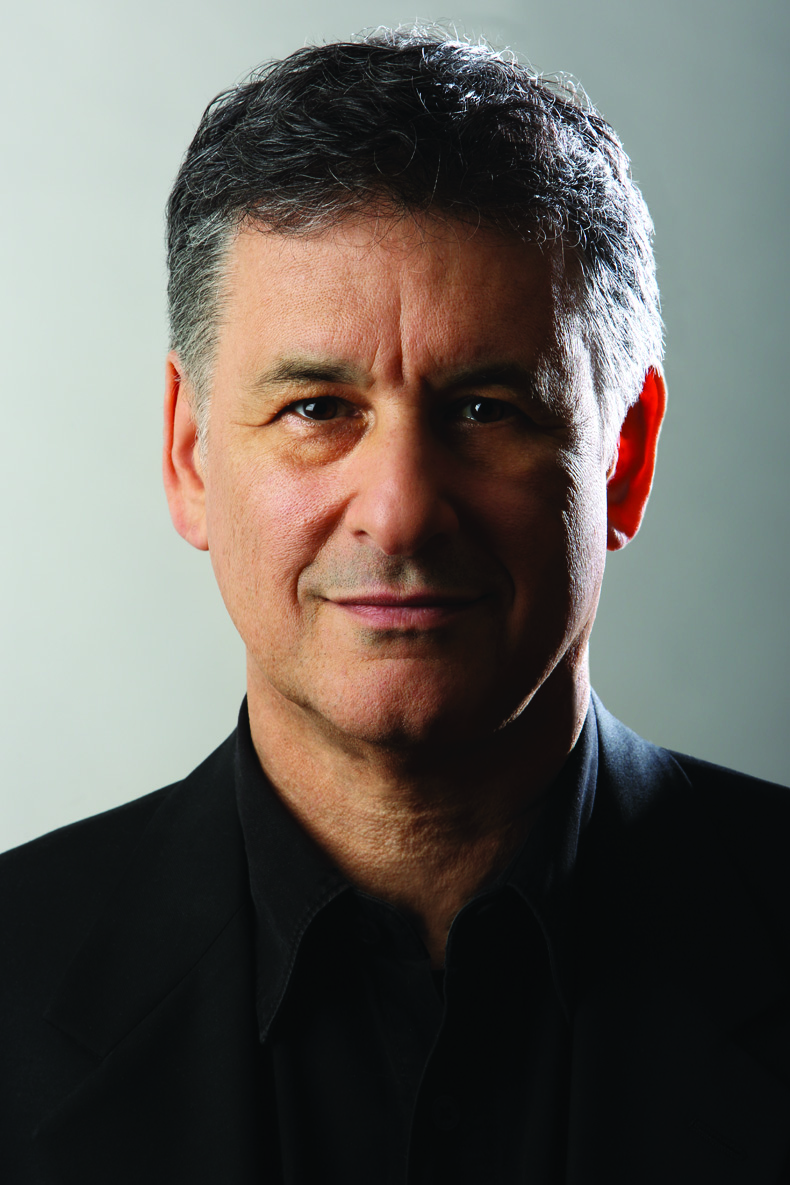 There’s a simple solution, though, that Levitin proposes to alleviate this burden of the digital age: Externalize your memory. Yes, in essence, use your smartphone and other tools more, but use them wisely. Outsource the decisions that you don’t need to make. To illustrate this, Levitin describes an encounter he had with then-presidential candidate Jimmy Carter back in 1975. Levitin was just a kid, and yet Carter took the time to talk with him at an event. “I was struck by how it seemed as though he had all the time in the world,” recalls Levitin, “and like I was the most important thing in the world at that moment. And I’ve had this experience over and over again with other highly successful people; where when you’re talking to them you just feel like the entire world has vanished and it’s just the two of you.”

The reason, Levitin says, that highly successful people can be so present is because they have outsourced their time management. They have aides and assistants who figure out what is most important right now, so that the person doesn’t need to think about what she should be doing next. You may not have your own administrative assistant, but you can use your phone to partition your day—whether it’s using a calendar app or some other reminder system, so that you can focus on what’s happening now without worrying about whether you’re using your time wisely. Letting Siri guide you to your destination rather than trying to hold onto directions in your mind as you drive allows you to focus on the road and not your internal roadmap.

From your brain’s perspective, that’s likely a far better use of your mobile device than tweeting and updating your fantasy football lineup during a conference call. Remember, we’re just not very good at multitasking.

“Multitasking does not exist,” says Levitin, citing a growing body of research. “You’re not actually doing four or five things at once. Rather, the brain is shifting rapidly from one thing to another.” And these attentional shifts can be stressful. “In addition to using up all this glucose,” he says, “your brain starts to produce cortisol—the stress hormone. And you do not want this. This is something that makes you feel mentally cloudy and edgy and unhappy.”

But if you can’t avoid overtaxing your brain, how do you help it recover? Levitin says that in your downtime, you should completely tune out and allow your brain to essentially daydream. “That daydreaming mode…turns out to be restorative,” he says. “It’s like hitting the reset button in your brain. And you don’t get in that daydreaming mode typically by texting and Facebooking. You get in it by disengaging.”

What Levitin is describing is the new science of what’s happening in the brain when it’s at rest. When scientists first developed the neuroimaging tools that allow us to peer into healthy, active brains, they were mostly interested in what was happening in the brain when their subjects were doing something. Anything. From simple arithmetic to jazz improvisation, and everything in between. But in 2001, two neuroscientists discovered that even when the brain is supposedly “doing nothing,” it’s surprisingly active. In fact, there’s a set of interconnected brain regions that seem to work in concert when we’re passively waiting for something to do—neuroscientists call it the default mode network. 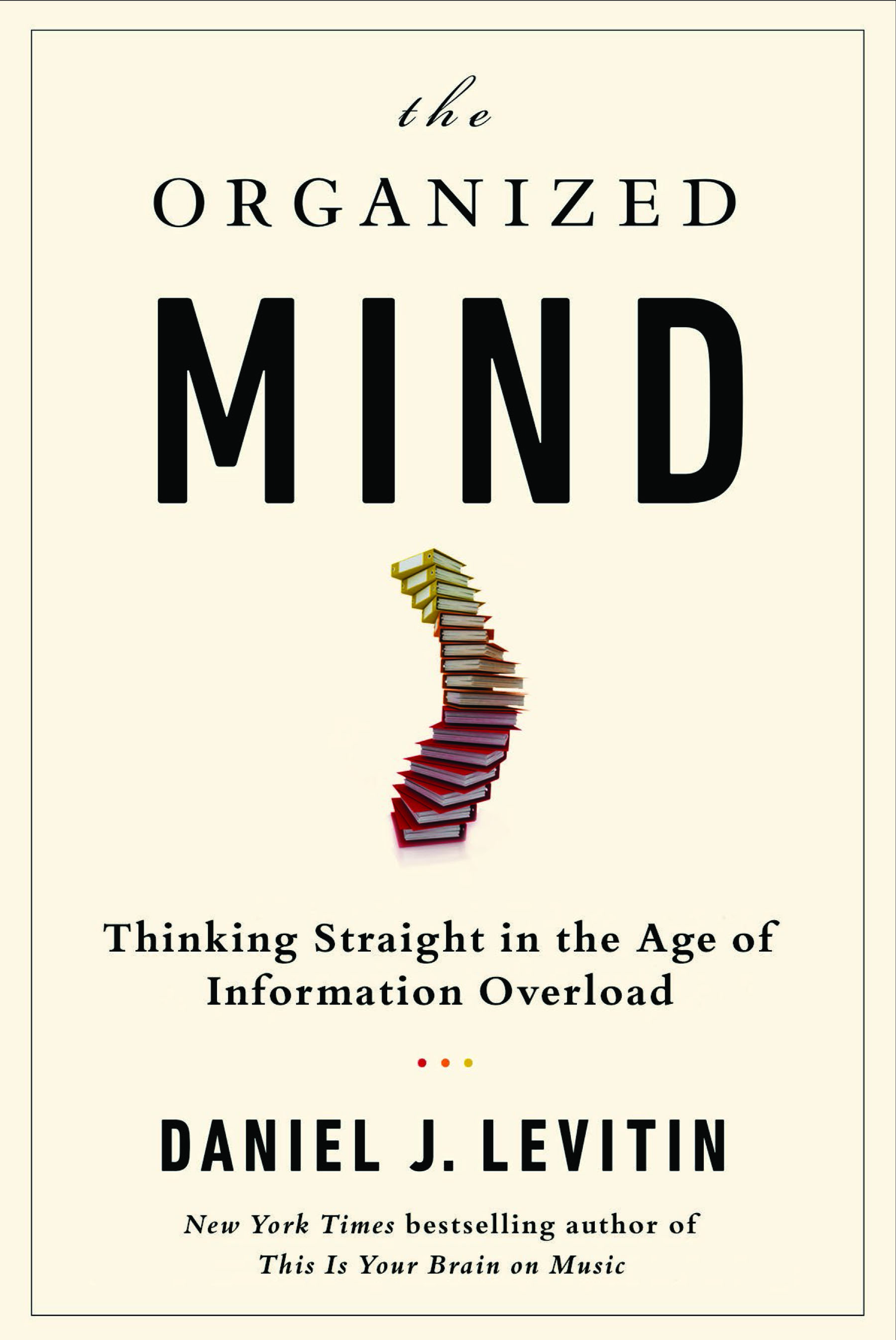 But like everything related to the brain, the answer is not quite as simple as letting your mind roam free. In the interview, Levitin cites a study in which participants were given a rather unusual choice choice: sit in a room for 6 to 15 minutes with nothing to do but think—or give themselves a mild electric shock. “And not to put too fine a point on it,” says Levitin, “but alone with their thoughts meant they couldn’t have their cellphone, they couldn’t have a computer or an iPad of any kind, they just had to be reflecting on things for three minutes or so.” It turns out that sitting quietly, with no distractions, is unappealing. “Overwhelmingly people chose the shock,” says Levitin. And these were “people of all ages—not just kids.”

So how you use your brain—that is, whether you’re consciously choosing to daydream for a few moments or constantly being distracted by a wandering mind when you should be focusing on something specific—might hold the key to happiness, productivity, and even staying young.

It turns out that not all the research into daydreaming is quite so positive. Back when he was a post-doc at Harvard, Matthew Killingsworth developed an iPhone app (of course) that allowed him to track the happiness of some 2,250 adults. At random times during the day, their phones would buzz and ask the subjects to record what they were doing and to rate how happy they were. Amazingly, almost 47 percent of the time, the subjects reported that their minds were wandering. (Sex was the only activity that consistently held their focus.) And when people’s minds wandered, they reported being less happy than when they were focused on the task at hand. What’s more, Killingsworth and adviser Dan Gilbert found that the timing data “strongly suggested that mind-wandering” was the cause of unhappiness, rather than a consequence.

And it gets even worse: A recent study from the University of California-San Francisco found that women whose minds wandered more frequently also showed accelerated aging in their immune cells. Specifically, the study found an association between telomere length—that is, how long the protective ends of chromosomes are—and being present in the moment. Telomeres shorten with age and stress, and women who reported mind-wandering more often also had shorter telomeres.

The science of what distinguishes restorative daydreaming from maladaptive mind-wandering is still in its infancy. But as Levitin notes in The Organized Mind, when you’re not fully engaged in a task, the default network “eagerly shifts the brain into mind-wandering” and “hijacks your consciousness if the task you’re doing gets boring.”

But Levitin points to another feature of daydreaming that goes beyond simply giving your brain a rest: creativity. “The history of science and culture is filled with stories of how many of the greatest scientific and artistic discoveries occurred while the creator was not thinking about what he was working on,” writes Levitin, “not consciously anyway—the daydreaming mode solved the problem for him, and the answer appeared suddenly as a stroke of insight.”