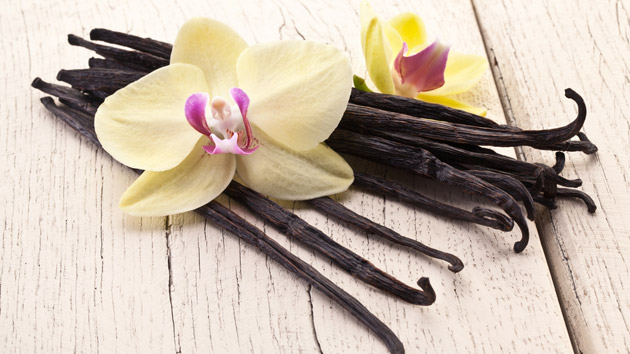 Like many novel technologies in this age of TED Talks and Silicon Valley triumphalism, synthetic biology—synbio for short—floats on a sea of hype. One of its founding scientists, Boston University biomedical engineer James Collins, has called it “genetic engineering on steroids.” Whereas garden-variety genetic engineers busy themselves moving genes from one organism into another—to create tomatoes that don’t bruise easily, for example—synthetic biologists generate new DNA sequences the way programmers write code, creating new life-forms.

It may sound like science fiction, but synbio companies have already performed modest miracles. The California-based firm Amyris, for example, has harnessed the technology to make a malaria drug that now comes from a tropical plant. In order to do this, company scientists leveraged the well-known transformative powers of yeast, which humans have used for millennia to turn, say, the sugar in grape juice into alcohol: They figured out how the wormwood tree generates artemisinic acid—the compound that makes up the globe’s last consistently effective anti-malarial treatment—and programmed a yeast strain to do the same thing.

And there could be more innovations on the horizon. In 2011, Craig Venter, the scientist/entrepreneur who spearheaded the mapping of the human genome, vowed to synthesize an algae that would use sunlight to unlock the energy in carbon dioxide. If successful, this attempt to replicate photosynthesis could transform CO2 from climate-heating scourge into a limitless source of energy. Synthetic biologists also aim to conjure up self-growing buildings, streetlight-replacing glowing trees, and medicines tailored to your body’s needs. No wonder the market for synbio is expected to reach $13.4 billion by 2019.

So how soon can you expect glowing trees to light up your block? Well, no one knows. That’s because thus far it has been much easier to create novel life-forms than to control how they function. Venter, for example, hasn’t yet figured out how to cheaply grow enough of his synbio algae to make it competitive with fossil fuels. And malaria is rapidly developing resistance to artemisin drugs, which could eventually render the synbio replicant as useless as the real deal.

But while synbio likely won’t sort out our climate and health woes anytime soon, it just might transform our…ice cream. By creating yeasts that produce high-end flavorings, a Swiss company called Evolva has created synbio vanillin, the main flavor compound in the vanilla bean—and it insists its product tastes much better than the petroleum-derived synthetic vanillin that now comprises virtually all of the vanilla market. Evolva is also preparing to release a synbio version of resveratrol, a compound with antioxidant properties naturally found in grapes and cocoa beans. Next up: a better-tasting version of stevia, a natural, low-calorie sweetener that the soda industry hopes can replace synthetic chemicals in diet sodas. After that, Evolva hopes to make a dizzying variety of lab-grown analogues, including musk, truffle flavoring, and even breast milk.

What could possibly go wrong with vanilla flavoring brewed by DNA-manipulated yeast? Well, like genetic engineering, synbio falls into a regulatory void that often allows products to go from lab to grocery store with little or no oversight. Evolva’s vanillin and resveratrol will likely sail through the Food and Drug Administration’s approval process—and end up in your food without any special labeling—because they are versions of already-existing compounds and thus have “generally recognized as safe” status. The Environmental Protection Agency—which is supposed to evaluate the environmental implications of new products—requires companies to file a report on novel microbes but doesn’t always mandate testing.

Synbio falls into a regulatory void that often allows products to go from lab to grocery store with little or no oversight.

And what happens to farmers when their jobs are taken over by designer yeasts? Jim Thomas, the research program manager for the Canada-based technology watchdog ETC Group, points out that synbio companies are so far targeting stuff grown in the Global South, which could have devastating economic consequences for the poor farmers who produce the natural versions. In addition to vanilla (grown in Madagascar, Indonesia, and Mexico) and stevia (China, Paraguay, and Kenya), Evolva’s projected roster of products includes saffron (Iran), turmeric (India), and ginseng (China).

Evolva CEO Neil Goldsmith says that Thomas raises a “legitimate question” but doesn’t think farmers will ultimately be harmed. He argues that synthetic vanillin has existed for decades without taking business away from natural vanilla producers. But that could be because consumers are willing to pay more for the real version. If Evolva is allowed to market its vanillin as a “natural” flavoring rather than a synthetic one, then it could compete directly with vanilla farmers—and it looks like Evolva is aiming to do just that: A recent press release called the product “natural vanillin for global food and flavor markets.”

Indeed, Goldsmith claims that his process is “as natural as bread.” Yeasts used in commercial bakeries have been carefully selected and cultivated. Now, you may consider creating new genomes to be an entirely different matter, but whether you find it creepy or cool ultimately doesn’t matter: Because synbio foods won’t have to be labeled as such, you’ll likely soon be eating them—without even knowing it.